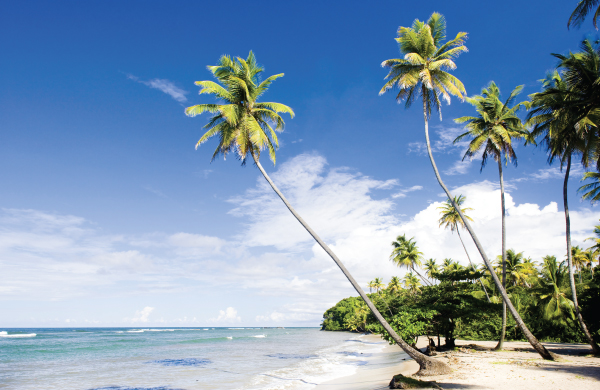 “Liming” – Origin: Trinidadian.
Meaning: (v) hanging out/socializing in an informal relaxing environment, especially with friends, for example at a party or on the beach.

George had a free day during a business trip to the Big Apple, so he decided he would explore some of the newly-opened cocktail bars this fine city has to offer. After a quick Negroni at Little Branch, one of Sasha Petraske’s joints, George inquired of the barman for a recommendation for his next stop along the cocktail trail.

“You should check out Sasha’s new place, Middle Branch.” George did not need to be told twice and quickly paid his check, hailed a cab and headed to Murray Hill.

George walked into the ground floor, which was rather stark and dimly lit. Once his eyes adjusted, he made his way to the small yet elegant silver bar. George ordered a Negroni, which was prepared perfectly and served over a single cube of hand-cut ice.

“Are there any seats available?” George inquired.

“There is seating upstairs but standing only down here. The tables are communal though, so feel free to grab a spot.” George approached a table occupied by two other gentlemen, who invited him to join them. Well, they turned out to be none other than legendary Barman Dale DeGroff and his son, Leo.

“So, what are you drinking?” George inquired of them, eyeing the two tall, frosty drinks adorning the table.

“These are Queen’s Park Swizzles, a classic rum-based drink from Trinidad.”

George excused himself, headed back to the bar and returned shortly with three Queen’s Park Swizzles. “Cheers, Dale! It’s a pleasure to share a drink with you both.”

George tasted the concoction and found it to be refreshing yet bracing, with the Angostura bitters being the perfect complement to the richness of the rum and the cooling, fresh mint. Dale explained, “The drink was invented at the Queen’s Park Hotel in Port of Spain, Trinidad.”

“It’s wonderful,” George concluded. “It’s the perfect tipple for a warm Manhattan afternoon.” George finished his drink, bid Dale and Leo adieu and left Middle Branch with thoughts of warm tropical breezes and feeling a visit to the island of Trinidad was in short order.

George booked his trip to Trinidad but discovered that the historic Queen’s Park Hotel had been demolished in 1996 and office buildings occupied its previous home. Instead, he booked a room at the Hyatt and made his way to beautiful Savannah, in the Port of Spain. There, he took in some of the local culture and sampled several rum and fresh coconut waters, before landing a seat at the bar inside Buzo Restaurant.

“I’ll have a Queen’s Park Swizzle,” George ordered. The drink arrived and although it was very good, it seemed to lack the flavor he remembered from his experience at Middle Branch.

“You need to request Angostura 7 Year Rum next time,” a gentleman sitting next to him at the bar suggested. “It brings the necessary richness to the drink.” George ordered a second one as well as one for his new friend and was pleasantly surprised at the difference.

“The right rum makes all the difference in the world,” George commented.

“My name is Raymond Edwards and I’m the corporate mixologist for Angostura. You should join me at the distillery and let me take you through a tasting of all our rums.”

George was more than happy to accept his invitation and they were soon on their way to the House of Angostura, where Raymond tasted George on their full range of wonderful rums. After the tasting, Raymond prepared a new drink he had just created.

“It’s called a Rumish and it consists of Angostura 7 Year, which I have infused fresh pineapple in for 12 hours, local coconut water, fresh lime juice, simple syrup and a couple of dashes of Angostura Aromatic Bitters.”

“This is delicious!” George proclaimed.

“Are you hungry?” George’s host inquired.

“Well, no trip to Trinidad is complete without a visit to Maracas Beach and a plate of Richard’s Bake & Shark,” Raymond explained. 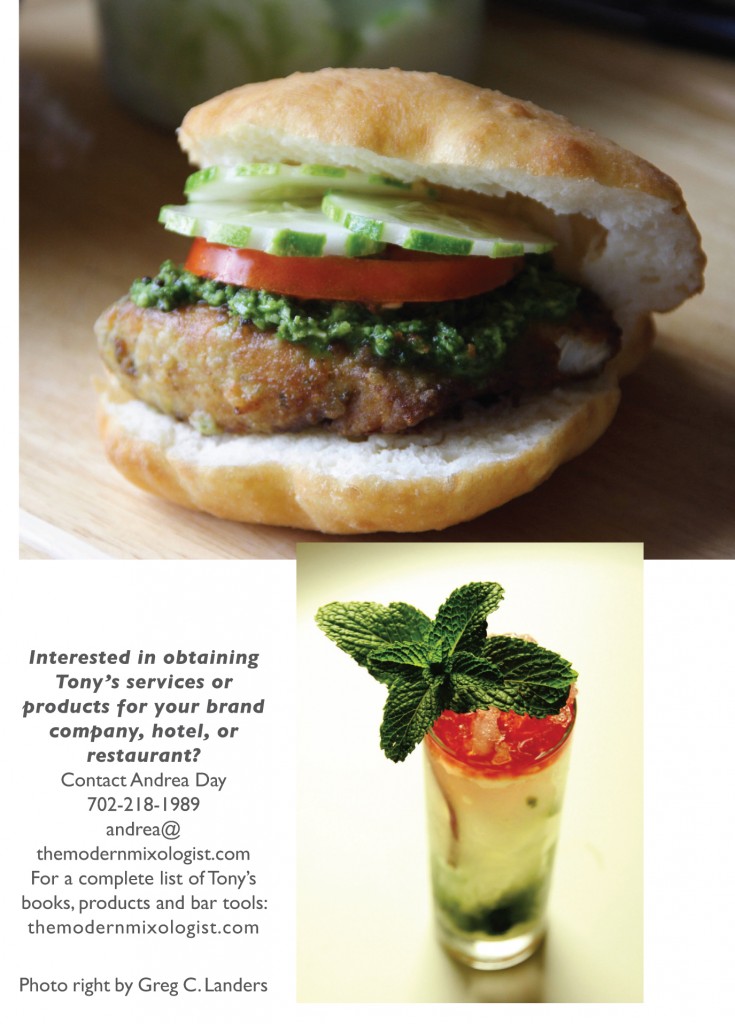 After a beautiful drive from the House of Angostura, they arrived at the amazing Maracas Beach and quickly found Richard making his famous Bake & Shark. The bake consists of homemade fry bread, which houses the fresh, fried shark, but the secret is the condiments which you add yourself: garlic sauce, mango chutney, fresh tomatoes, lettuce, and most important of all, the hot pepper sauce. This dish is served piping hot with a cold Carib beer and is absolutely amazing! The only thing that would have improved on this experience is if there was a bar next to Richard’s, serving Queen’s Park Swizzles. Until his next trip to Trinidad, George can only dream about a Bake & Shark but he plans to spend many wonderful afternoons liming poolside with friends, enjoying Queen’s Park Swizzles.

Place mint leaves in a tall, 14-ounce glass and muddle gently to releases the oils. Add fresh lime juice and Demerara syrup; fill with crushed ice and add rum. Using a swizzle stick between the palms of your hands, swizzle the drink, adding more crushed ice as needed until the outside of the glass begins to frost. Add additional crushed ice if needed and top with Angostura bitters. Garnish with a sprig of mint.