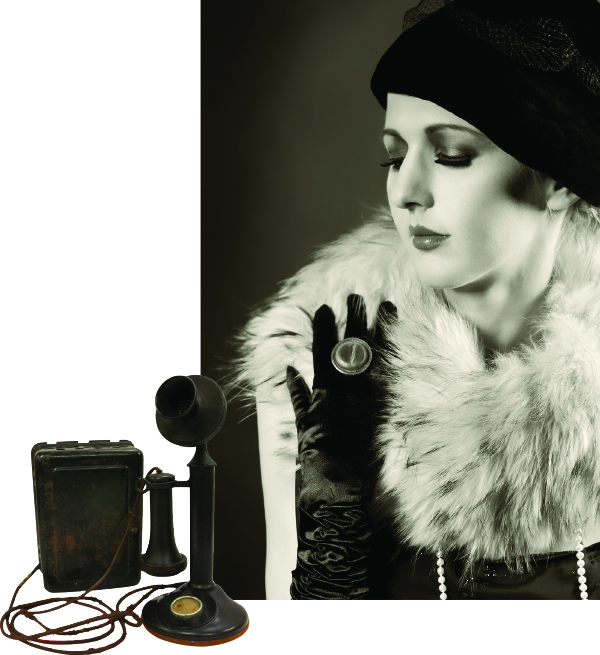 This glimpse into America’s dry times starts in the lobby with a 1929 Buick Marquette. Six-cylinder cars like this were known as a “Whiskey 6” and were modified by bootleggers to smuggle alcohol across Canadian borders as well as to evade authorities.

Moving into the exhibit, there are displays featuring the alcohol culture of the 1800s. A wall of bottles illustrates how much alcohol the average person over the age of 15 was drinking during this time – an amazing seven gallons of pure alcohol per year, or four shots every day! Also on display is a Growler-style pail, similar to one that would have been used to carry beer home from the saloon, and a cider jug, which likely held hard cider by the farmstead door, available to everyone in the family. Saloons of the day were a “man’s world” which meant women were relegated to drinking at home. A display of Lydia Pinkham’s Tonic shows one available and acceptable solution with which women could satisfy their alcohol cravings.

The Baptist and Methodist denominations played a large part in the temperance movement. A semi-recreated church includes recordings of temperance hymns such as “Tell Your Mother I’ll Vote Dry” and “When the Girls Can Vote,” printed propaganda, and an interactive quiz that can tell you whether you would have been a “wet” or a “dry.” Also in this section is one of the hatchets Carry Nation, the original bar room smasher, used to carry out raids on saloons, which she called “hatchetations.”

A stroll through the “amendment machine” room brings you to the largest interactive section where you can take a quiz about legal usage of alcohol after the amendment was passed and give the secret knock on a door to gain entrance to a speakeasy, which was the precursor to the modern-day American nightclub and where it was acceptable for men and women to mingle and drink together in public. You’ll be able to see the various versions of the Charleston and learn the slang and the cocktail culture of the times. Also on display are outfits and accessories, which would have been worn – top hat and tails, beaded dresses showing arms and legs, hairpieces, beaded bags and more.

The next section of the exhibit includes examples of the attempted enforcement of prohibition as well as the ingenuity of alcohol producers to adapt to the times. In order to keep speakeasies stocked, rumrunners and bootleggers would transport home-brewed concoctions as well as alcohol produced oversees or in Canada. This gave rise to the Bureau of Prohibition with agents like Eliot Ness, of “The Untouchables” fame, who were charged with catching these criminals.

Further into this section are tales of the seedier side of Prohibition and the rise of organized crime, with examples of the Tommy gun and other implements of destruction used by people like Meyer Lansky, Lucky Luciano, and Al Capone. You can even have your picture taken in a police lineup with these three.

The final portion of the exhibit celebrates the repeal of Prohibition, with a news reel extolling the benefits of bringing back alcohol and the creation of jobs which were sorely needed at the time. A roll call listing of those for and against the repeal of the 18th amendment is also displayed.

The exhibit just recently closed in Philadelphia, Pa. and through 2016 will be traveling to Seattle, Wash.; St. Paul, Minn.; St. Louis, Mo.; and Grand Rapids, Mich. Dates and locations, as well as further information, can be found on the Web site http://constitutioncenter.org/press-room/press-kit/exhibition-press-kits/american-spirits-press-kit.