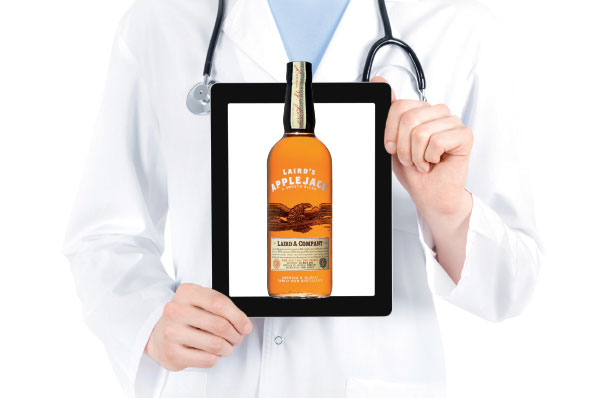 George was sitting at the bar of one of his favorite “off the Strip” joints in Las Vegas, Herbs & Rye. The jovial yet always gracious proprietor, Nectaly Mendoza, was behind the stick.

“Well Nec, I’d like to try something new, something a little different, something that tastes like fall.”

Nectaly thought for a minute and then set to work shaking up a libation for George. He placed a chilled cocktail coupe in front of him and poured the beautiful, pinkish nectar into it. “This, my friend, is a classic Jack Rose!”

George lifted the frosty cocktail to his lips, took a sip and found it to be rather sharp, crisp, fruity and slightly sweet, with just the memory of apple. “This is quite good. What’s in it?”

“It’s fashioned from Laird’s Applejack, freshly squeezed lime juice, and our house-made grenadine syrup. So glad you like it.”

Nectaly went on to explain that legend has it that the drink was named after an infamous gambler named Bald Jack Rose. It could be that it was named after the drink’s color, Jacquemot rose. Or that it is made with Applejack and the color is rose. He then went on to say that his good friend and cocktail historian, Dave Wondrich, determined the drink was actually created by a bartender, Frank May, who went by the name Jack Rose. It turns out that Frank May, aka Jack Rose, was a bartender at Gene Sullivan’s Café located in Jersey City, and Applejack is made in New Jersey.

“One thing we know for sure,” said Nectaly, “the cocktail made such an impression on David Embury that he featured it as one of his six basic drinks in his wonderful book, “The Fine Art of Mixing Drinks.”

“Applejack is still made in Scobeyville, New Jersey and Laird’s is the only one who produces it. They are the oldest operating distillery in America,” Nectaly continued. “If you ever find yourself in New Jersey, you should pay them a visit.”

George thanked Nectaly for his hospitality, paid his tab, and decided right then and there that a trip to Scobeyville, New Jersey to learn more about this native American spirit was indeed a newfound priority.

Two weeks later George arrived in Scobeyville and quickly discovered this historic company is still family-run, as he was greeted by ninth-generation Lisa Laird Dunn. Lisa explained that in Scobeyville, there is a second aging warehouse as well as the company’s headquarters. The distillery is located in North Garden, Virginia.

“The distillery is where the apples are delivered, weighed, crushed, and then pressed into juice,” she described. “After that, the freshly-pressed juice is pumped into the fermentation tanks where it ferments naturally into hard cider. The hard cider is then distilled and the apple brandy is placed in barrels for maturation.”

“What types of apples do you use to make your Applejack?” George inquired.

“Laird’s Applejack is made from tree-ripened apples such as Jonathans, Winesaps, Staymans, Pippins, and Delicious from the orchards of the Shenandoah Valley,” Lisa illuminated. “Applejack is a very unique product as it is not a straight apple brandy but a blend of apple brandy (35 percent) and neutral spirits (65 percent) and requires six pounds of apples to make a single bottle.”

“Ready for your tour of our Scobeyville property?” Lisa asked. “We’ll begin with our aging warehouse. Here our apple brandy finishes its maturation before the barrels are dumped for final processing and then bottling.”

Lisa then pulled a sample straight from the barrel and George sampled it. “This is delicious; it has big sweet notes of apple, toasted oak, and baking spices.”

“Let’s visit the old Laird family home and taste some Applejack,” she suggested. The large colonial home dates back to the 1770s and was the perfect setting for experiencing Laird’s Applejack.

“This is quite different,” George noted, upon tasting it neat for the first time. “Bright, fresh apple with notes of cinnamon, caramel and vanilla, with floral tones of apple blossom. On the palate, the apple is somewhat subdued, giving way to a whiskey-like character.”

“As I mentioned, Applejack is a blend of 35 percent apple brandy, like you tasted straight from the barrel, and 65 percent neutral grain spirit,” she pointed out. “I think it’s time for a drink!” Lisa mixed up her twist on a Horse’s Neck with Applejack, dry ginger-ale, Angostura bitters and a long peel of lemon.

“This is wonderful! Thank you, Lisa. And thank you for sharing your home and heritage with me.”

George left that day with a new appreciation and respect for what has to be America’s national spirit! 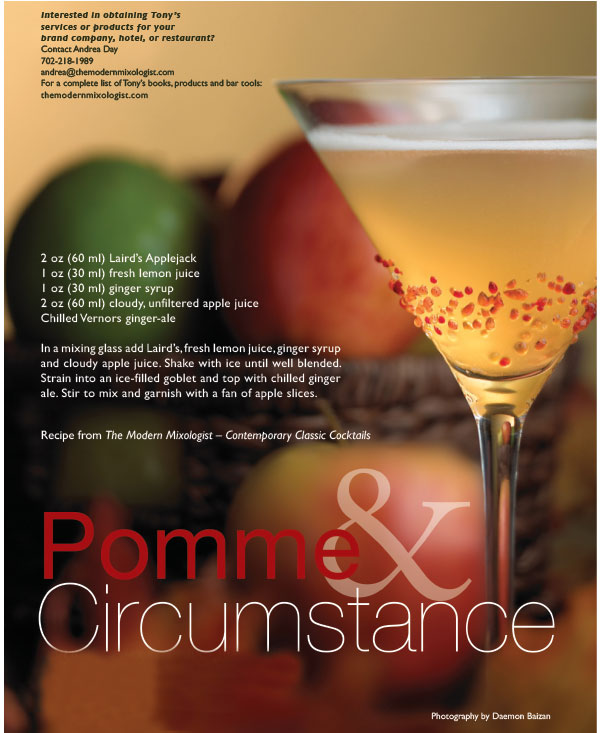