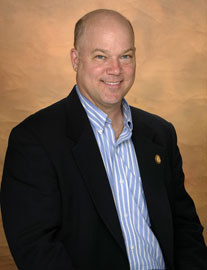 In congratulating Hemer on his new responsibilities, Mel Dick, Senior Vice President and President of Southern’s Wine Division, said, “Since Eric joined Southern in 1988, I have watched with admiration his growth as a talented sales professional and gifted education executive through our Florida operation. He has not only helped educate hundreds of our own sales staff over the years, he has also made a huge difference in elevating wine knowledge among all our loyal on- and off-premise customers-from restaurant wait staff and retail sales trainees all the way up to major supermarket chain buyers, chain retailers and senior food and beverage executives. Eric’s promotion to this new corporate-level position is emblematic of Southern’s continuing commitment to promoting wine knowledge and service excellence.”

Steve Slater, Executive Vice President, General Manager of Southern’s Wine Division, added, “On behalf of all our senior executives, I want to congratulate Eric on his new position. We are extremely confident he will be a tremendous addition to our overall wine educational and sales training efforts across the nation-as he supports all our markets. He will also be a skilled ambassador not only to our domestic and imported wine suppliers, but also to our national accounts as well as our leading on- and off-premise customers and their staffs.”

Hemer began his career at Southern in 1988 as an On-Premise Wine Consultant in Palm Beach County. Over the years, he was promoted to various sales roles of increasing responsibility, including District Manager, Sales Manager – Wine Division, Sales Manager On-Premise Wine & Spirits, General Manager of the American Wine & Spirits Division (now Transatlantic) and General Sales Manager – Wine Division, South Florida. In 1998, he was appointed Educational Director for Southern across the entire State of Florida.

Over the next decade, Hemer created and established a new department, opening the Education Center in the Miami office, writing a Wine and Spirits Sales and Educational Training Manual, and conducting hundreds of training classes for Southern personnel across Florida as well as in Pennsylvania and New England. In addition, he is affiliated with several prestigious wine institutions, including the Society of Wine Educators (SWE), the Wine and Spirits Education Trust (WSET), the Court of Master Sommeliers (CMS) and the Institute of Masters of Wine (IMW).

Commenting on his new role, Hemer concluded, “I am deeply honored with this new appointment, and pledge to continue to spread my life-long passion and love of wine and education among Southern’s supplier partners, my Southern colleagues and all our great customers. This is truly a dream job for me, and I look forward to continuing to boost our knowledge and expertise in the service of the responsible enjoyment of wine.”

Hemer resides in Lake Worth, Florida with wife, Marianne, and daughter, Julia.