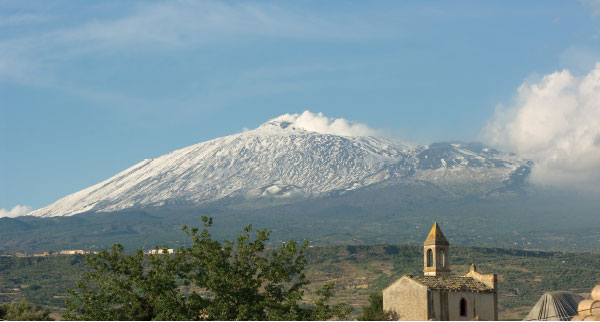 The Sicilian countryside under the volcano Etna

Up until the 1980s, Sicily, with few exceptions, was known for what the English refer to as “plonk,” meaning cheap or inferior wine. It vied with Apulia to be the largest wine-producing region of Italy, with over 280,000 acres but with only 450 or so wineries. Its best known wine, Marsala, the usually sweet, fortified wine, was “invented” by the Englishman John Alexander, in 1773. Alexander took the existing solera blending-type system and fortified the wine, so that it could travel well to his homeland. Before long, it became a mainstay of English navy during the Napoleonic wars. That was the source of fame for Sicilian wines.

But, just as Marsala wine sales have dropped rather precipitously in recent decades, there has been a concomitant rise of promising stars reflecting the potential for Sicily to become one of Europe’s most exciting, up-and-coming wine regions. While the number of wineries is still relatively small, it is growing with investments from other famous Italian producers. The overwhelming percentage of Sicily’s prodigious wine production is not bottled and ends up as grape concentrate for enriching wines in other parts of Europe.

Sicily’s long wine history precedes the arrival of the ancient Greeks in the eighth century B.C.E. That history contributed to the evolution of winemaking on the Italian peninsula. The region has an ideal Mediterranean climate; its hillsides allow for excellent sun exposure; there is significant altitude with mountainous volcanic and limestone soils; and the diurnal temperature ranges allow its flavorful indigenous varieties to preserve bright acidity.

While Sicily has 23 DOCs and only one DOCG, Cerasuolo di Vittorio, most quality wines are bottled under the IGT (IGP) label, which provides producers with added flexibility. That is not to say that the wines from particular DOCs and Cerasuolo di Vittorio DOCG do not have distinctiveness. In fact, some are very exciting and distinctive, such as Etna DOC. But it has been the role of certain producers, such as Regaleali, Donnafugata and Planeta, to help transform Sicily’s wine image from being rather dull co-op wines to distinct wines of quality. 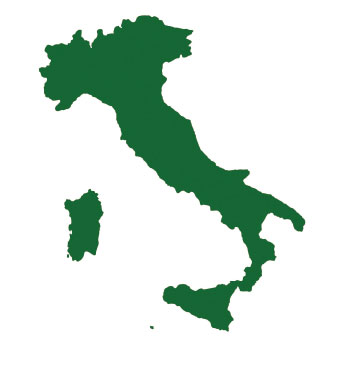 The white indigenous varieties include Grillo, which is full-bodied and has a fairly high level of intensity. However, it benefits from being blended with a more aromatic variety, and is very available in the United States. When in Sicily this past June, I was pleasantly surprised by a number of wines, particularly a refreshingly crisp and flowery Catarrato varietal, whose reputation is very pedestrian. Another variety that has a demonstrated distinct potential is Inzolia. And, while Viognier and Chardonnay have thrived, especially under the modern and quality-driven producers such as Donnafugata or La Planeta, it is perhaps the Carricante grape from the slopes of Mount Etna that offers Sicilian distinctiveness with orange, herbal and anise seed flavors, and a flinty, tangy finish. 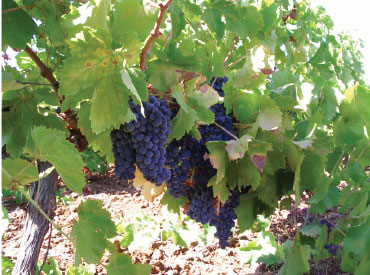 While Syrah and other international varietals have made their mark, the three indigenous varieties I wish to focus on are: Nero d’Avola, Nerello Mascalese, and Frappato. Nero d’Avola is Sicily’s most important red wine and has recently been transformed from a blending wine to a deep-colored, full-bodied, tannic wine with balanced acidity and layered with plum and chocolate flavors. Nerello Mascalese is indigenous to the Mount Etna region and is a variety that shows great elegance and distinctiveness. It is lightly colored with refined tannins, bright acidity with lovely but haunting red fruit and earthy flavors. Its delicateness, minerality and long finish lead one to conclude it is a variety to keep one’s eye out for. Frappato offers a wine that can be somewhat reminiscent of Beaujolais in that the wine can be delightfully grapey, fresh floral with high acidity. It is used as part of the Cerasuolo di Vittorio DOCG blend but can be charming on its own, especially for white wine consumers who do not care for tannin. They will be pleasantly surprised.

The wines of greatest note for millennia were the sweet wines of the Mediterranean — they were more stable due to higher alcohol and were less likely to oxidize or turn into vinegar. Sicily has three sweet wines of particular note that bridge the historical Sicily to modern times and are available in the United States: Marsala, Passito di Pantelleria, Malvasia delle Lipari. Marsala has lost significant market share but it still has the capacity for producing some special wines. Those producers who use the Inzolia grape in their blends, and are willing to be patient during the aging process, can produce excellent tasting wines. Marsala wines are color-designated as “oro” (golden), “amber” (amber) or “rubino” (ruby). Their aging is defined by terms such as “fine” (aged for one year), “superior” (two years), all the way to “stravecchio,” which is aged a minimum of 10 years. They can be “secco” (dry), “amabile” (off-dry), or “dolce” (sweet). It is evident that those who make pejorative remarks about Marsala wines have never experienced the wines of Marco DeBartoli, for example. 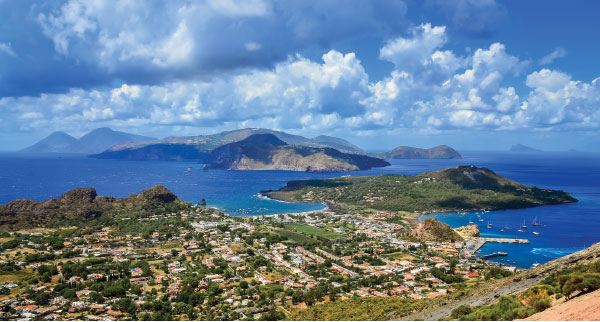 The Passito di Pantelleria is a wine made from grapes dried on the vine, on the tiny volcanic island of Pantelleria off the coast of Tunisia (but still part of Sicily). The wines are made from the Zibbibo grape, otherwise known as the Muscat d’Alexandria grape. Their viticulture reflects a very ancient form with a basket-type pruning system, such as one finds on Santorini. The wine is delicious, sweet and balanced with acidity, and is among Italy’s best sweet wines.

Lastly, the Malvasia delle Lipari, which comes from the volcanic archipelago Aeolian Islands just off the northeastern coast of Sicily, is a lusciously sweet wine that has had a reputation dating back hundreds of years. Its production was prodigious at its peak before phylloxera struck in the late nineteenth century. Today, it is quite rare due to low production, but its amber-colored, decadent nature with honeyed apricot, floral and herbal notes would differentiate any wine list, especially those focused on Italian cuisine.

Sicily is on a course to compete with the great winegrowing regions of the world, giving restaurants greater choices than ever and thereby offering their customers even more diverse experiences. If you haven’t tried such a wine of late, you are missing out on a very exciting wine adventure and so are your customers.