The David and Goliath battle in the world of beer is starting to tip slightly in David’s favor.

Craft beer production was up 9.6 percent in 2013, while overall beer production fell 1.4 percent, according to Technomic’s “2014 Special Trends in Adult Beverage Report: State of the Industry” report. And that continued popularity of specialty beers is paving the way for a new crop of beer makers.

“Over the last couple of years, the number of new brewery openings has been at near unprecedented levels,” said Bart Watson, Ph.D., staff economist at Brewers Association, a craft beer industry group. “We’re seeing breweries open at about a rate of 1.2 per day.”

While the 1990s and early 2000s saw a big rise in brew pubs, the trend today leans more toward microbreweries that aim to distribute their product. That puts them up against the giants of the beer industry-like Anheuser-Busch and Molson Coors-as well as national craft brewers who are nearly as well known, including Boston Beer Co., maker of Samuel Adams, and privately held Sierra Nevada.

Craft breweries have a few things working in their favor, perhaps the most important of which is a customer base that’s financially well off. Nielsen reports that 58.9 percent of craft beer drinkers have annual incomes of $75,000 or more. Most of those customers have grown tired of light lagers, which is what fueled the craft movement.

There are more than 2,700 craft breweries operating in the U.S., the highest total since the 1880s. And every year, hundreds more are opening. In 2012, the most recent figures available, the industry provided an estimated 108,440 jobs in the country, according to the Brewers Association.

“The innovative nature of these craft brewers has driven this market,” said Watson. “Every brewer in the market seems like they’re brewing something new that you’ve never heard of.”

Since opening its doors in July 2011, Holy City, which is distributed to bars and restaurants around the state, has created 65 different styles of beer. That diversity, said co-owner and head brewer Chris Brown, has helped the company thrive.

“It’s a big plus,” said Brown. “Instead of asking just for a Pluff Mud Porter (the brewery’s most popular beer), people ask what Holy City is being served. They want to know what’s on tap, since it’s always changing.” 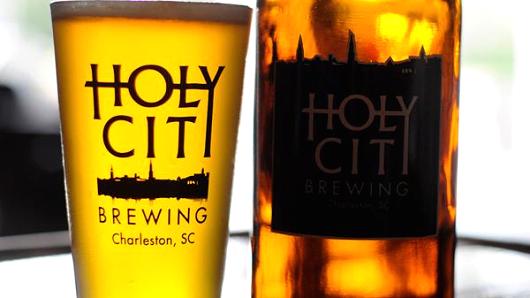 Though much of the success of craft breweries (which are technically defined as those that make less than 6 million barrels per year) and microbreweries (which make less than 15,000 barrels) can be credited to shifts in public taste, those in the industry say they’ve learned a few truths along the way that have aided in their success.

First, don’t be afraid to think outside the box when it comes to distribution. Craft beer might be growing, but the category still holds just 7 percent of the overall beer market. To help grow that, many microbreweries have put off plans to bottle or can their beer and compete for grocery-store shelf space, focusing instead on winning over the taps of bars and restaurants.

Many brewers also take part in regional beer festivals to raise awareness of their brands. (Several of those will be held the week of May 12-18, which the Brewers Association has dubbed American Craft Beer Week.)

Meanwhile, liquor laws among states vary wildly. Some states, for instance, allow beer sales at grocery stores and convenience stores, while others do not. And any alcohol in Utah with a greater than 4.0 percent alcohol by volume, must be sold in a state-run store.

That confusion-or hassle, to use the term many brewers favor-has prompted some brewers to begin exporting their product beyond U.S. shores as an expansion method.

“It’s easier for me to sell my beer overseas than it is across state lines,” said Brendan Moylan, proprietor of Marin Brewing Co. and Moylan’s Brewing and Restaurant, both based in California. Moylan ships his products to 25 states and seven different countries, including Chile, Brazil, Italy, England, Japan, Australia and Canada.

Also, establish a strong local customer base before thinking of expanding. Finding a local craft-focused distributor isn’t particularly challenging these days, given the growing demand for craft beer among restaurant and pub patrons. And even Budweiser’s distribution arm is now including craft beers from other breweries.

Again, local beer festivals have been helpful in building interest in the beers, but many craft and microbreweries are becoming gathering spots of their own. 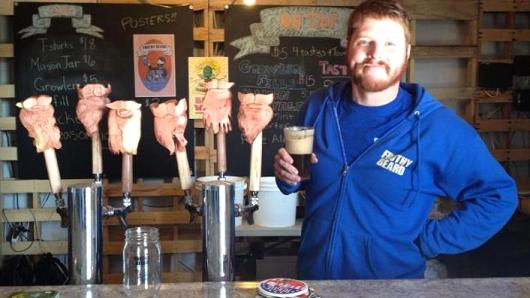 Craft brewers in many states run brewpubs as a central point to distribute their product. Others simply have taprooms in the breweries, bypassing food options. In either case, establishing a social hub amid the steel fermenter tanks lets brewers draw in customers. (Many often offer live music as well to boost the social aspects.)

Craft beer lovers also tend to stay abreast of local trends in the market and are generally eager to try something new. If they like what they taste, they quickly spread the word, meaning hometown customers can quickly become evangelists for a brewery’s product as they visit and move to different cities.

“Our focus has always been [to] take care of local first,” said Holy City’s Brown. “My opinion is that if you take care of the locals and support the community, even if your growth is contained [to regional growth instead of national], you’re going to make a bigger impact on those other markets as you expand.”

And while brewers compete with each other in the technical sense, they regularly work together on new projects, sharing ideas to keep the creativity of the craft movement alive. Charleston’s Holy City has worked with several other craft brewers, including Spartanburg, S.C.-based RJ Rockers, Charlotte’s NoDa Brewing and Ashville’s Wicked Weed Brewing. (The collaborations are typically sold at just one of the breweries, not both.)

That collaboration is especially important as big breweries are starting to quietly put out craft-flavored beers like Shock Top, which is brewed by Anheuser-Busch in Saint Louis, Mo., or Blue Moon, which is a MillerCoors product, though many fans of either beer don’t realize either is made by the industry giants.

“The sharing of knowledge has always been there in the craft brew scene,” said Moylan. “The guys who say otherwise don’t know what they’re talking about.”