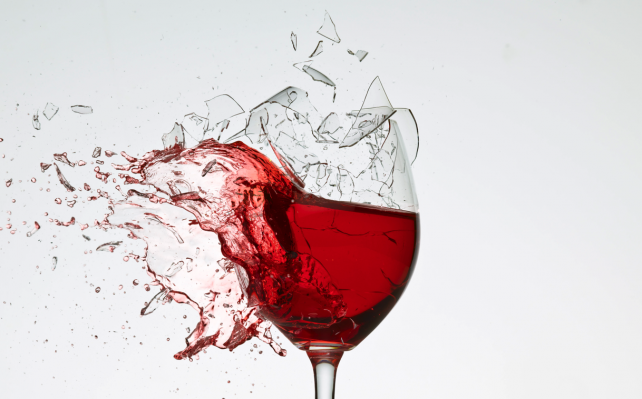 Flutes for champagne? A heavy bottle is best? Many wine ‘rules’ are myths that do little except create confusion

Do you drink your champagne at room temperature? A recent study by the University of Reims suggests that it might be better to do so because champagne served at 64F (18C) is likely to form more bubbles. Personally, I prefer mine chilled. But there are a few more myths out there just waiting to be busted.

Red with meat, white with fish

Matching wine and food is more about looking at the intensity, or volume, of the flavours involved than it is about going for red or white. Shouty food needs shouty wine, and vice versa. So it is true that you might prefer not to bludgeon a delicate piece of steamed sea bass into oblivion by downing a big fat shiraz or Chilean cabernet with it. But a meaty fish, such as swordfish or tuna, can work beautifully with a light red – say beaujolais, bardolino or frappato. Pan-fried salmon is delicious with pinot noir. Cod wrapped in prosciutto with Puy lentils goes well with Italian reds, and if you have a hearty, tomato-based fish stew then how about a rustic red from Portugal or Spain? As for the meat side of the equation: what if you had lamb cooked Greek style, with lemon juice, oregano and olives? Might you consider an oaked assyrtiko – a white from Santorini? Go on.

The heavier and more impressive the bottle, the better the wine

No. The heavier and more impressive the bottle, the bigger the winemaker’s ego.

Hold back. Put that decanter down. It’s true that more expensive wine can sometimes be improved by decanting – it might have intense concentration and tight tannins that will ease and open if they are given time and air. But older wines can also be fragile. They have already aged, slowly and gently, in the bottle, and may, like a griddled steak, have reached the moment at which they are á point. Swilling them around in a decanter may send them over the edge.

Old wines, decanted, sometimes just fall apart in front of your eyes. My advice is to open the bottle a couple of hours before serving, pour a small amount into a glass and recork the bottle. Taste the wine immediately, and again when it’s been in the glass for 10 minutes or so. You will know if it needs decanting.

Beaujolais is thin and old-fashioned – don’t touch it

Okay, the gamay grape makes red wines in a lighter style that you might want to drink slightly chilled.

It’s fair to say that beaujolais nouveau, the baby wine that once flooded into this country a couple of months after harvest, is not the best this region has to offer. Look at the more complex wines from the 10 crus – the likes of Morgon, Juliénas and Fleurie – where there are lots of single-minded, focused winemakers, young and old, making great quality wines that are relatively inexpensive for the level of craftsmanship you’re buying.

I’m afraid it can. The culprit here is a chemical known as TCA and it can infect the winery. I once had dinner with a winemaker in a restaurant in the Barossa Valley in Australia. One of her (red) wines clearly tasted corked – and she went off to retrieve the screwcap from the bin that would give her the lot number of the wine, so the rest of the batch could be tested. That said, it’s rare to find a corked screwcap wine.

Maybe it once was. Maybe it still is if you go to my parents’ house where they doggedly set the thermostat at 57F (14C). But too often red wine is served too warm so that it tastes soupy and indistinct. There’s no need to get the thermometer out – just try cooling it down slightly and see if you prefer the taste.

Champagne should be drunk out of flutes

Leaving aside the fact that I’m not a fan of the word “should”, in almost any context, I prefer not to drink champagne out of skinny, straight-sided flutes. I threw all mine in the bin when I moved house. Better to use an ordinary wine glass – you get much more pleasure from the smell of the wine. Or go for the increasingly fashionable option of the so-called bowed-flute, a voluptuous flute that shows off the wine but also looks the part.

No, it’s not. You can put ice in your glass if you want to. I did it in a cheap Chinese in Soho the other night. And at the ballet last week when I’d been treated to a glass of champagne that was too warm. The friend I was with looked a bit put out and said: “I’d have put ice in mine if I hadn’t been with you.” Just do it. It’s wine, not holy water.