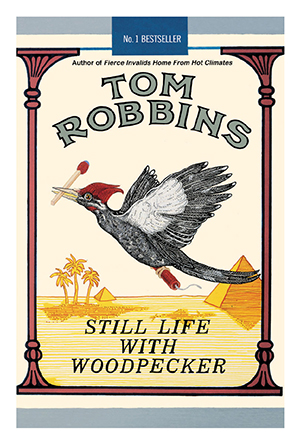 As a bartender, I’ve witnessed that the  world can be divided into two camps, all based on the reaction to one word: Tequila. The word Tequila sparks a strong, visceral response in people. I’m not talking dancing like Pee-wee Herman (okay, maybe I am) but face-cringing, gut-grabbing, air-sucking reactions in the one camp; and happy, smiling, willing, “yes, please” faces in the other.

Tequila. The word conjures up memories like no other spirit. A person’s willingness for further imbibing depends a lot on their personal history with it. I apologize if reading this took you back to a place you had tried to forget. I know. It’s okay now – you’ve moved on, you’ve matured. You’ve realized that the means justify the end, not the other way around. Things like “neat with a splash of water” and “straight up, rocks on the side” cross your lips more often than “pass the salt-shaker” does these days. But boy, those three little words conjure up some memories don’t they? Nope, not those three little words … these three: Lick. Shoot. Suck.

What other spirit could possibly have had the centuries’ long run of Tequila if, in order to stomach it, you had to obliterate the taste?  Salt and lime? That’s some business model, Mexico. But perhaps that very roughness was a big part of its appeal as it crossed the border. It’s not the drink of the dainty, not the quaff of the indifferent. No, mis amigos. Tequila has the reputation of being the drink of bad girls and boys – the outlaw, the fugitive from fine living. Tom Robbins pretty much sums it up in “Still Life with Woodpecker”: “Tequila, scorpion honey, harsh dew of the doglands, essence of Aztec, crema de cacti; Tequila, oily and thermal like the sun in solution; Tequila, liquid geometry of passion; Tequila, the buzzard god who copulates in midair with the ascending souls of dying virgins; Tequila, firebug in the house of good taste; O Tequila, savage water of sorcery, what confusion and mischief your sly, rebellious drops do generate!” 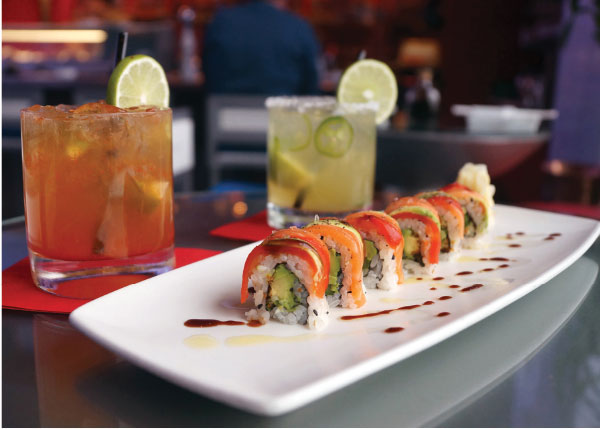 Sushi-Teq in the InterContinental Boston specializes in pairing Tequila cocktails with sushi.

It’s a shame, really, that so many young drinkers learned their consumption limits by way of the over-consumption of Tequila – cheap Tequila at that. Savage water of sorcery? That’s often the mind-set we are working against when we promote and endorse even the top brands and most approachable Tequila cocktails in our bars and restaurants.

So how do we get folks to believe Tequila deserves another look? What can we do to help them move from one camp to the other? How do we get them to realize that the harsh has fallen off of the “harsh dew of the doglands” and now, agave distillates stand among some of the best that money can buy. Last December, Gayot.com included two agave spirits within its selection of the TOP 10 Spirits in the World. Two. No Bourbon or Gin even made the list. For some answers, I reached out across the country to bartenders, bar managers and ambassadors to find out what they are doing and seeing as successful approaches that move this underutilized spirit beyond the shot and the ubiquitous margarita.

“We try to stay on top of the Tequila trends in Mexico, and if they start making their way to the U.S., then we will incorporate them into our program,” says Katia Del Rio, bar manager at Sushi-Teq in the InterContinental Boston. “One trend we are watching is the popularity of white Añejo, or Añejo Claro. These barrel-aged Tequilas are carbon filtered after aging so that they are clear like a silver or blanco, but with all the richness, vanilla notes and complexity of aging. They are stored chilled and served neat, much like the Russians drink Vodka. Chilling makes it smoother. We have brought in Maestro Dobel, which is a unique blend of Reposado, Añejo and Extra-Añejo Tequilas filtered to produce a crystal clear finished product. We are offering it as part of a flight. You don’t see many in the United States yet, but brands like Don Julio 70 are really getting popular in Mexico.”

More evidence of this growing trend can be seen with the world’s leading selling Tequila brand, Jose Cuervo. The Day of the Dead-inspired imagery of skeletal and floral beauty is imposed on thermochromic labels that change as the liquid inside is chilled to temperatures between 32 F and 42 F. When the bottle chills, the colors turn deeper shades and the design is fully revealed, signaling that the Jose Cuervo Tradicional Tequila inside has reached optimal temperature and is ready to deliver a smooth experience.

“With 70 percent of our guests engaging with Tequila, we try to keep it fresh,” said Del Rio. “Although the Jalapeño Margarita remains the most popular cocktail on our list, we offer a signature feature created by one of our bartenders that runs for a month. This month we did a drink created by bartender Laris Gacanović called the Larikadabra, made with Sauza Açai Tequila, fresh blueberries and lychee. People loved it! And of course, if you are the one who created it, you suggest it to guests.”

Del Rio continued, “I first heard about the concept of Tequila and sushi when I arrived from Mexico City. I wasn’t so sure it was a good combination, but after my first paired dinner, my thought was, ‘Wow!’ It’s actually genius! Sushi and Tequila go together perfectly. We offer eight different flights that pair with our sushi menu. This is another huge seller for us.”

Brian Loukmas, Bacardi Portfolio Mixologist/National Accounts BACARDI USA remarked, “Some accounts are doing house-made syrups to add depth to their Tequila cocktails. Ocean Prime’s Tequila Cocktail continues to be one of their top sellers. It features Corzo Silver, fresh orange and lime juices, and house-infused agave nectar. The house-infused agave is made by the kitchen staff and includes cinnamon, vanilla, star anise and ginger. Another national account, Ruth’s Chris, just added an agave Bee’s Knees Martini, featuring 100 percent blue agave Añejo Tequila, wild honey Vodka, house-made honey syrup and fresh lemon juice, in an orange blossom water-misted glass with a honeycomb garnish, to their new cocktail menu.” Loukmas added, “Spiciness is back and not just spiciness from peppers but ginger in cocktails is growing in popularity. Tequila Mules will be the next big push.”

Darden’s Restaurant Season 52 is playing with that very idea with a drink called the Mexicali Mule. This all-organic Tequila Mule is made with Greenbar Distillery’s IXA Organic Silver Tequila and FRUITLAB Organic Hibiscus liqueur. The additional use of Blue Sky’s Jamaican Ginger Ale and organic lime juice makes for a simple and delicious all-organic offering that extends farm-to-table philosophies to the bar.

My friend and Ilegal Mezcal brand ambassador, Gilbert Marquez, introduced Atlanta to a wide variety of Tequila cocktails as the head bartender at Escorpion. His approach to agave-based cocktails is simple, “If it grows together, it goes together.” This mantra is a familiar one to chefs, and it is equally applicable to cocktails. His explanation of how to think of the different expressions of Tequila in relationship to other, perhaps more familiar, spirits makes perfect sense: He equates blanco Tequilas with Gin, Reposado with Bourbon, and Añejo with Cognac. Understanding these flavor parallels can really help a guest transition from those spirits to Tequila.

“I like simplicity. I like the classics. Nothing captures an audience like a simple cocktail. So when creating new cocktails, I often look at these three or four ingredient classics for inspiration. There can be complexity in simplicity. Look at the old fashioned or a good whiskey sour. Have we really ever improved on those?” asked Marquez. “I wanted to go beyond just using jalapeño and native juices with Tequila, so I started pulling from Mexico’s rich culinary history and the flavors I grew up with, like vanilla, chocolate and cinnamon.” Add in quality ingredients, a little playfulness and his Italian-style approach to drink making, and one can easily understand why his cocktails quickly became some of the best in the city. 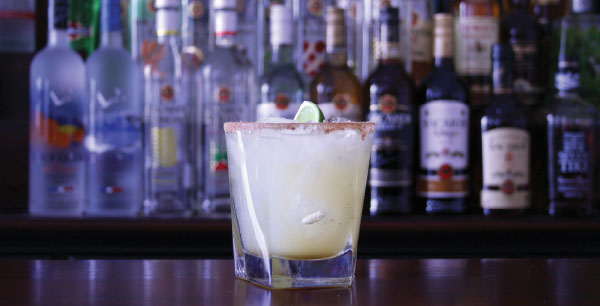 “You have to know your audience,” advises Jen Queen, head bartender at Saltbox Dining & Drinking in San Diego and USBG San Diego Chapter President. “If a guest says they are typically a cosmopolitan drinker but they want to try something with Tequila, you’re not going to serve them a Tequila Negroni. You can’t scare them off; you have to stay in their wheelhouse. By working with ingredients or flavor profiles they already know, you can incorporate Tequila and build their trust.” But hey, I’d trust her. She and only 13 others around the world have passed all four levels and attained the certification of Master Mezcalier. This girl knows agave distillates! Queen goes on to say, “In the never-changing season of Southern California, people want light and refreshing drinks. Because of this, we use carbonation in interesting ways. Two of our most popular Tequila cocktails have bubbles. One uses a Belgian beer with peppercorn and fennel; the other is a carbonated paloma that we serve on tap with our house-made grapefruit soda.”

Kellie Thorn, bar manager for numerous restaurants under Hugh Acheson, co-winner of the 2012 James Beard award for Best Chef, Southeast, and an award-winning mixologist in her own right, agrees. “I treat Tequila as I do any other spirit. You have to talk with your guests and find out what they are looking for. If you can wrap other familiar ingredients around Tequila and have Tequila be the one unknown, then you give guests a good starting point to get to know its flavors,” advises Thorn. “We have a very approachable drink on the new menu at Cinco y Diez in Athens called the Clavera Cooler, which is Reposado Tequila, plum wine, citrus, bitters, honey and sparkling wine. It’s a crowd pleaser.”

That light and refreshing cocktail is the polar opposite of a spirit-forward, agave-based cocktail on their menu. This one, Cortez the Killer (but don’t let the name scare you off), is made with Mezcal. Cortez the Killer is rife with the bitter and smoky notes favored by many bartenders, and in this drink they are brought by a combination of Mezcal, Vermouth, Sherry and Amargo Vallet. “Mezcal is absolutely gaining in popularity. Two of the drinks on our short list are Mezcal-based,” added Thorn.

“A good way to discover where someone might find flavor affinities with Tequila is to ask what wine they typically drink,” Queen recommends. “Blanco Tequilas are clean and crisp, like white wine. If you know they like white wine, then you can incorporate a little elderflower or make a simple and approachable sour, and now you’ve got that wine or even Vodka drinker enjoying a Tequila cocktail.”