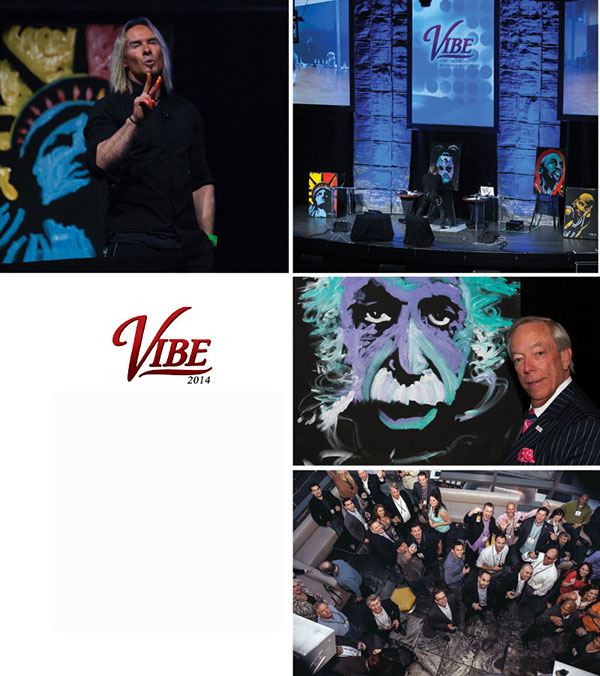 The show opened up Tuesday with Erik Wahl (above) giving the keynote address, “The Art of Vision,” in which he discussed the ability to differentiate your company from the competition, both creatively and visibly. That set the tone for another great conference. The keynote and all the general session and workshop speakers delivered a wealth of information in the two days.

Always a big part of the conference is the VIBE Vista Operator Awards. The awards were presented by Ed Korry, of Johnson & Wales University, and Stephan Barth in the Pearl Theatre. Operators were asked to submit materials and supporting details used in their beverage promotions. To insure efficient, fair and unbiased judging and analysis, the VIBE Conference partnered with Johnson & Wales to evaluate all submitted materials. Awards were given for both Multi-Unit Chain Restaurants and for Hotels, Casinos & Cruise Lines. 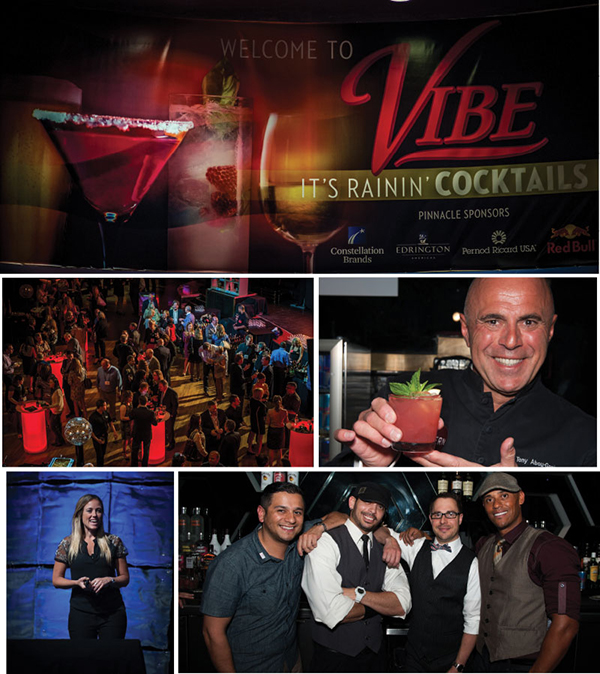 “Giving Back to Our Own CORE 2014” started off things at this year’s VIBE conference with a bang. CORE (Children of Restaurant Employees, Ltd.) threw a networking cocktail party benefiting and promoting the charity. CORE is funded by donations from food and beverage operators, suppliers and distributors, and was founded in 2004. One hundred percent of the funds raised are used to provide support for children of restaurant employees who have been afflicted with life-threatening conditions or affected by a significant life-altering circumstance. Artist Michael Godard attended the gathering and donated a print of his work that graces the Vodka bottle in his new line of Godard spirits, to be auctioned off to raise money for the organization’s work. It was a memorable evening for a great cause. Earlier at the board meeting of the charity, Tito’s Handmade Vodka presented a check for $15,000. CORE also sponsored a silent auction during the event featuring generous donations from people throughout the industry. 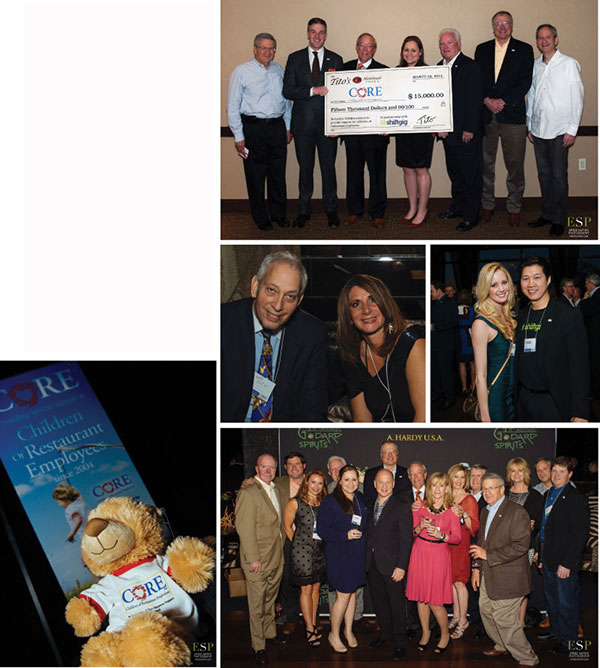 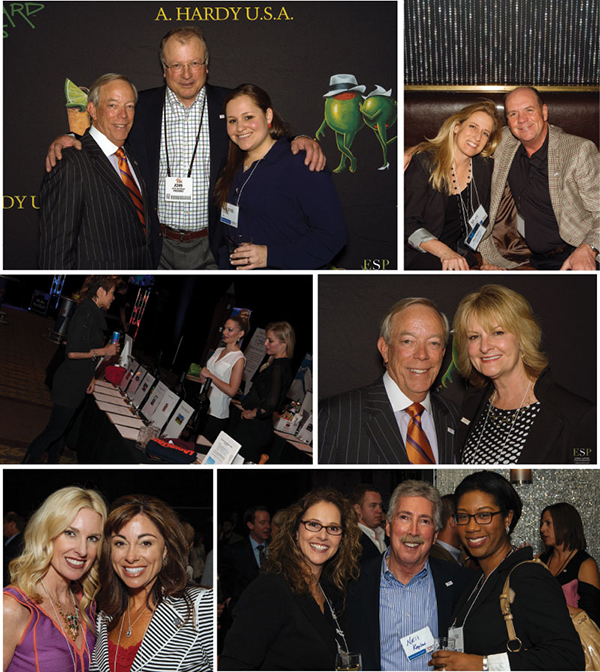 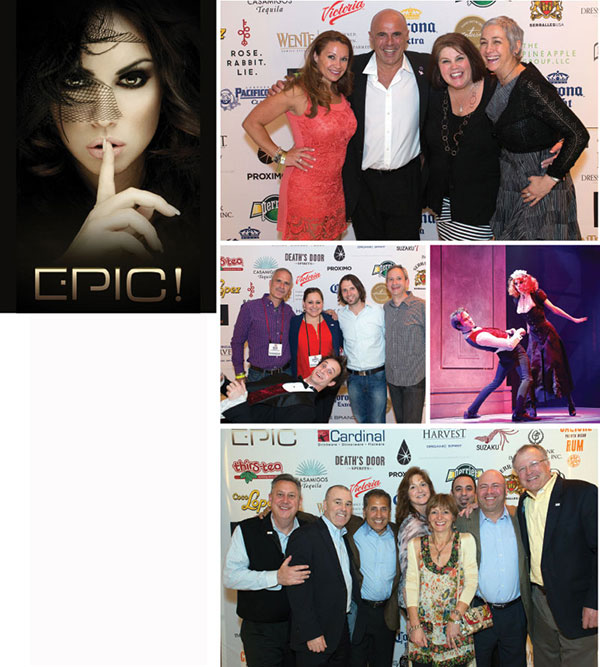 The event started off with that phrase and expectations, fulfilled from beginning to end, proved to be more than accurate. Epic Events is an exclusive, invitation-only networking event hosted by 13 companies who joined forces seven years ago to create a very laid-back atmosphere for entertaining and networking with customers. This year, Epic truly lived up to its name and more. The event was held at the most talked about social club in Las Vegas, Rose.Rabbit.Lie, which is located in The Cosmopolitan. For many guests, it was their first time to experience the space as well as all it involves. It’s hard to explain the concept except that you never know what to expect! It is one of the most talked about and hottest clubs on the strip, and being able to share it with customers first was a huge coup for the event.

The night was filled with culinary delights, handcrafted cocktail creations and Rose.Rabbit.Lie entertainment that was celebrated with a nod to the past, a vision of the future and a night that didn’t want to end. Guests were told to expect the unexpected and to expect nothing less than epic, and the evening lived up to its moniker. 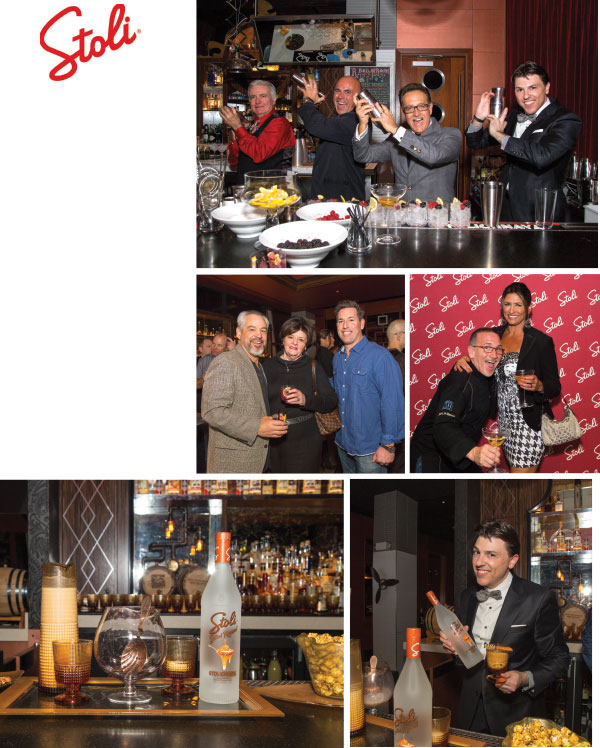 Las Vegas has become known as the epicenter of food and beverage and this past March, the creative genius of food and beverage was showcased for an elite gathering of industry professionals during the first annual Stoli Holy Grail event. The event was held at renowned celebrity chef Rick Moonen’s Rx Boiler Room, which provided the perfect atmosphere for the chef’s signature pairings with the handcrafted libations of four living legends in the world of mixology. The talented Francesco Lafranconi, Dale DeGroff, Tony Abou-Ganim and special guest mixologist Salvatore Calabrese each created one custom Stoli cocktail that was featured throughout the evening. Guests were invited to vote for their favorite as a friendly competition among the four captivated the audience. Stoli also featured the Moscow Mule, which offered numerous flavors of the classic. All of the cocktails were presented in custom selected glassware by Hospitality Glass Brands and featured signature garnishes by Dress the Drink.

The event was a great success and definitely lived up to its name, not only in food and beverage but also with live music by JetVelocity and entertainment by puppeteer master Fred Spencer. What will next year bring? 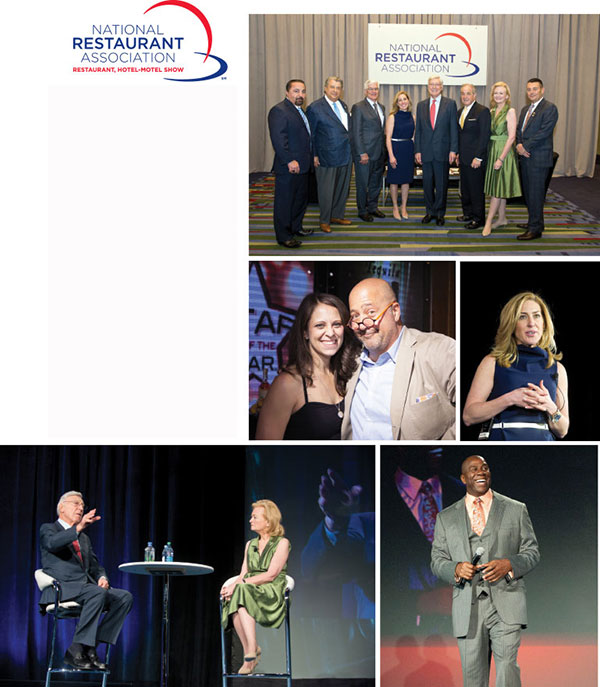 The 95th annual National Restaurant Association Restaurant, Hotel-Motel Show® and the co-located 7th annual International Wine, Spirits & Beer Event at NRA Show® (IWSB), was held this past May at Chicago’s McCormick Place. As the most comprehensive trade show for the foodservice industry, it brought operators, dealers, distributors, experts, manufacturers and suppliers together to address some of the most timely and relevant topics in the industry including the effects of entrepreneurship, technology and social responsibility on the industry’s future, sustainability, health and nutrition, building an effective and profitable bar program, menu development, special dietary needs – and more.

Featured sessions also included Dawn Sweeney, president and CEO of the National Restaurant Association, giving the State of our Industry address. The session, titled “The Future of the American Dream,” included a dialogue among Sweeney and Home Depot co-founder Bernie Marcus, Groupon CEO Eric Lefkofsky, and Google head of industry for restaurants, Jennifer Wesley. A keynote address was also given by Earvin “Magic” Johnson, in which he discussed the importance of customer understanding and engagement. The Star of the Bar semi-finalists demonstrated their cocktails live on the event floor to attract the attendees’ votes. Three were selected to go before the judges, Tony Abou-Ganim and Dale DeGroff.  Pamela Wiznitzer of Dead Rabbit in New York City was crowned the 2014 Star of the Bar mixology champion. Congratulations, Pamela! The video of her Tequila drink can be found on the NRA Show website.