Our annual respite from reality had been just another spring break until we discovered Le Chique and Executive Chef Jonatan Gomez-Luna Torres. And worm salt. The “Gusano de Maguey” (agave worm) dates back to the pre-Hispanic era when it was known as “chinicuil,” a delicacy consumed by Aztec emperors. The worms are found on the agave plant from which they are extracted, dried, toasted or fried and ground, to be combined with sea salt and dried ground chilies, thus creating worm salt.

At the chef’s table in our Riviera Maya resort, Chef Torres greeted us with Mezcal infused with orange via sous vide, flash-chilled with a dry ice bath and served in a coconut shell rimmed with worm salt. There is a point to this: Twenty-plus courses/tastes later, we were talking about the worm salt – a drink garnish.

The entire meal was amazing, start to finish. And yet one of my takeaways was the power of the garnish to enhance the total experience by surprising, delighting, entertaining, enriching and differentiating the cocktail. I shouldn’t be surprised, really, since the word “cocktail” itself, as legend has it, is said to emanate from its first garnish, a rooster’s (cock’s) tail. Well, let’s just say it’s an undocumented legend.

When I first waited on tables, I thought “garnish” was probably French for “parsley.” I just dated myself, didn’t I? Years later, I understood it to be a word for removing funds from my paycheck – another period I wish to forget. In fact, the garnish evolved from the late 14th century when it meant “take heed of” or “warn,” which evolved to “arm one’s self,” and then the earliest English use, “embellish,” which brings us to today’s usage.

So with this newly-informed perspective on cocktails, I ventured into the world of hotel bars in search of additional creativity. In the better hotel bars, I found the finest spirits and several of the newest products nicely displayed. I perused impressive wine lists; I noted the ever-growing selection of locally brewed beers and the sophisticated glassware.

Then I would come across the standard garnish tray with pre-cut fruit and small, unadorned olives struggling to immerse themselves in the brine that keeps them moist and healthy. This seems to be both a disconnect and an opportunity. Bars usually wish to differentiate themselves from competitors, and cocktail garnish is one way to do it. I’m not calling for drinks topped with birds carved from pineapples or mini fireworks shows – though these have their place – but a simple, high-quality garnish program to augment the quality of the drinks they garnish might go a long way. 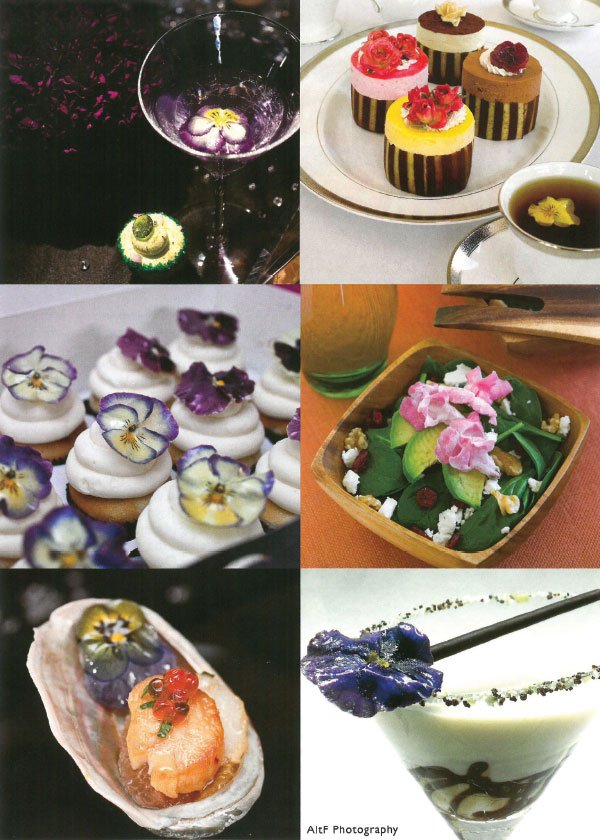 Garnishes by Dress the Drink

Here are some elements you might consider for such a program:

At Le Chique, we may have experienced the ultimate garnish, as the drink itself and the garnish became one. Two perfectly round, dark large “cherries” were nestled atop a bed of more traditional maraschino cherries. We each popped the chef’s “Cherry Campari” into our mouths and were greeted with an explosion of memorable cherry and Campari flavors, enhanced by the crunch of a cherry-candy skin.

Your cocktails and their garnishes don’t have to “become one,” but a well-executed garnish program can make them – and your bar – just a little more memorable.