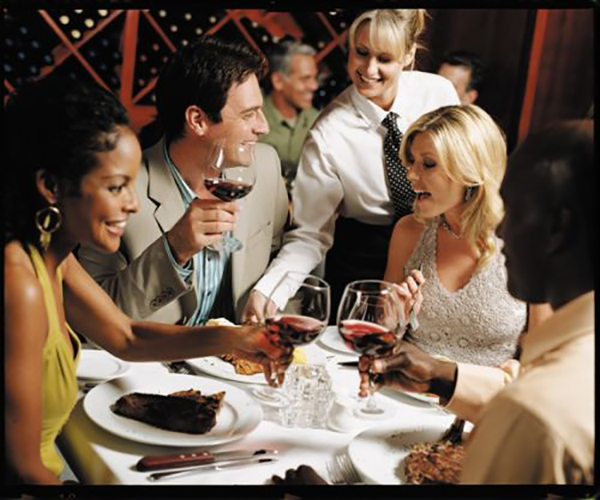 Eating and drinking place sales totaled $47.3 billion in July, the strongest monthly volume on record. Steady job growth and improving consumer confidence points toward continued sales gains in the months ahead, according to the NRA’s Chief Economist Bruce Grindy.

Restaurant sales continued to trend upward in recent months, according to preliminary figures from the U.S. Census Bureau. Eating and drinking place sales totaled $47.3 billion on a seasonally-adjusted basis in July, up 0.2 percent from June and the strongest monthly volume on record.

July’s uptick marked the fifth gain in the last six months, as consumer spending on food away from home rebounded from the weather-related softness that started the year.

Overall, eating and drinking place sales were up 6.2 percent in the 12 months ending July 2014, which easily surpassed the 3.7 percent gain in overall retail sales during same period. Restaurant sales growth was also well above the modest 2.4 percent gain in grocery store sales over the last 12 months.

The recent growth in restaurant sales is even more impressive given that it was coincident with strong auto sales, which were up a solid 6.4 percent in the 12 months ending July 2014. A surge in auto sales can sometimes initially crowd out spending in restaurants, as consumers pull back to adjust to their additional monthly obligations. However, that didn’t appear to be the case in recent months.

In the months ahead, business conditions look to be continuing their positive trajectory. The economy added over 200,000 jobs in each of the last six months (for the first time since 1997), while The Conference Board’s Consumer Confidence Index rose to its highest level in nearly seven years.