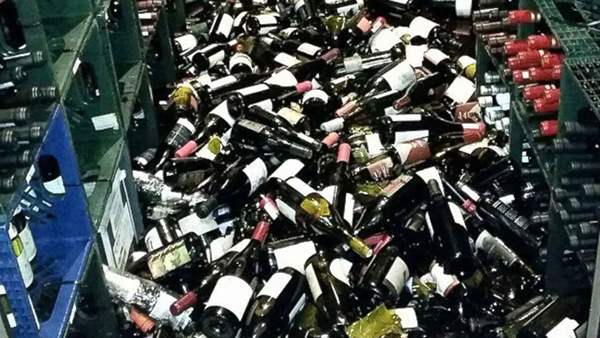 The quake struck at 3:20 a.m. Pacific time about six miles southwest of the city of Napa, according to the United States Geological Survey (USGS). It was the strongest earthquake to hit the San Francisco Bay Area since the Loma Prieta earthquake in 1989, which registered 6.9.

Assessing damage Sunday morning was difficult because parts of Napa and Sonoma counties were without power. Potential gas leaks and water main breaks amplified the problem. Sections of downtown Napa were roped off and closed to traffic. Six mobile homes in Napa were destroyed by fire following a gas leak. With no water in hydrants, firefighters improvised to contain and put out the blaze.

Gov. Jerry Brown declared a state of emergency for California and said state resources would be dispatched to those areas hardest hit by the disaster, including Napa, Solano and Sonoma counties. At a news conference, Congressman Mike Thompson, who represents the area, said, “The reports are still coming in, and it’s bad any way you calculate it, but it could have been a heck of a lot worse.”

Photos of broken wine bottles and wine barrels heaved from their racks quickly spread through social media. “I’ve been at the winery since 4:30 a.m.,” said David Duncan, president of Silver Oak Cellars in Oakville. “I cleaned up my house first.” Silver Oak lost hundreds of bottles from a rare collection of single-vineyard Cabernet Sauvignon, and three oak barrels of wine were damaged.

At Robert Biale Vineyards, south of Yountville, ten barrels of Zinfandel and Sangiovese were lost when a row of racks collapsed. “Thank God there were no cellar guys working—3:20 a.m. is a good time for a wine country earthquake,” said winery partner Dave Pramuk.

With harvest having only recently started, aging wines from past vintages seemed to be most at risk. Carole Meredith of Lagier Meredith snapped and posted a photo of dozens of damaged barrels littering the floor at a local barrel storage facility. The historic Trefethen Family Vineyards building was also damaged, according to local reports.