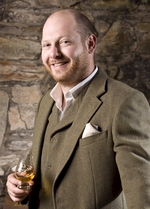 Bacardi is embarking on an ambitious mission to launch an array of new single malt Scotch whiskies from its five Speyside distilleries. Here, just-drinks’ deputy editor, James Wilmore, talks to Stephen Marshall, the man behind the project.

Having just spent the last 36 hours in the company of Stephen Marshall, frankly, I’m exhausted. And, so is he.

We may have been been sampling the odd dram on our road tour of Dewar’s distilleries, but the lethargy is equally down to the never-ending passion Marshall, global marketing manager for Bacardi’s whisky brands, exudes at every turn for his latest project.

And, what a project it is. After persuading Bacardi’s top brass some six years ago that the company should launch a whole new swathe of single malt whiskies, Marshall’s vision is finally coming to fruition. A host of expressions will be released over the next seven months from Dewar’s five Speyside distilleries. Although the company already sells some single malts, the project should make it a major player in the category in its own right. Three of the new-look Aberfeldy expressions were launched in Travel Retail in April. According to Marshall, the re-launched 12 year-old is already doing “really well”, which sits alongside 18 and 21 year-old expressions.

So how difficult was it to get the project off the ground? After all Bacardi is, historically, a rum company and, when it comes to whisky, it’s all about its blended brand, Dewar’s.

“Malts are never going to be big volumes, but luckily there were a few people who started to believe at the same time, at the top (of Bacardi),” Marshall tells me as we sit at the bar in an Edinburgh restaurant. “But, despite all the preparation work I did, the thing that swung it was the liquids.”

It’s been a long time coming, but I can sense Marshall, a former global ambassador for Dewar’s, is desperate to get the products to market. “We took our time at the expense of commercial gain a little bit,” he adds. “But, in taking our time, it meant we were able to do an incredible amount of research.”

Following on from Aberfeldy will be new releases, in a variety of expressions, from Dewar’s four other distilleries: Craigellachie, Aultmore, Deveron and Royal Brackla. Each distillery release will have its own bespoke label, dreamt up by the design agency Stranger & Stranger. These will be released across ten initial markets – the US, Canada, Russia, Sweden, Germany, France, Japan, Taiwan, UK and Travel Retail.

Marshall is particularly excited about the opportunity in the US, where brown spirits continue to do brisk business. “I hope the US will be huge,” the 37 year-old says. “It’s a good time for new and interesting single malts there, with the craft boom and the Bourbon boom. I think the fact that these are actually genuine new products on the market means they will work. We don’t have millions of cases to sell, but these are good quality, high value single malts.”

Russia has also been identified as a potential bright spot. “I have a nice feeling about Russia – our team there is really good,” says Marshall.

Interestingly, while the malts will be from Dewar’s distilleries, they will not feature the name on the labelling. “Dewar’s brand is a blend, but these are single malts, so I want to distinguish between them,” Marshall explains. “Aberfeldy used to say “of the heart of Dewar’s” on the label, and I found that quite a confusing thing to put on a single malt for consumers.”

You get the impression that, Marshall would be buying these whiskies, even if he wasn’t helping bring them to market. “The 12 year-old (Aberfedly) has been a big part of my life for a long time – the novelty of there being older ones is great,” he says. “You can’t help loving an amazing old whisky.”