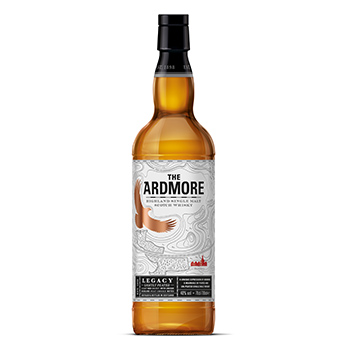 We’re in a unique position where we can offer drinkers a variety of taste experiences from gentle to rich peat, and we hope that this unique story will appeal to both novice and whisky enthusiasts the world over.”

Citing data from IWSR, Beam Suntory claims its new collections comes at a time of buoyancy for the peated malts category, which is experiencing an 8% growth rate in Europe, the Middle East and Africa (EMEA).

Beam Suntory, the world’s third-largest drinks group which was formed after Japan’s Suntory acquired US firm Beam earlier this year, launched The Ardmore Legacy, described as an entry point to the new peated range, last month.

Launched to replace Ardmore Traditional Cask as the distillery’s core expression, The Ardmore Legacy is a no-age-statement whisky comprised of 80% peated malt and 20% unpeated malt.

The Peated Malts of Distinction collection is now available across the on- and off-trade in global markets.