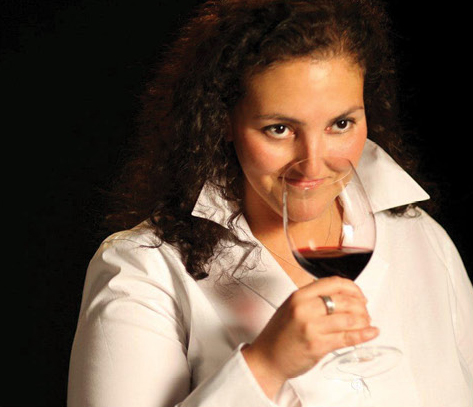 “Being a winemaker is a blend of art and science. It is mainly science, but the artistic dimension is so fun — it’s instinct, using your palate much in the way that you use your imagination.”
— Winemaker Elizabeth Vianna

Elizabeth is the winemaker for the heralded Chimney Rock Winery in the Stag’s Leap District of Napa Valley. Chimney Rock is owned by the Terlato family. Elizabeth first came to Chimney Rock as a harvest intern in 1999, while completing her master’s degree in enology at U.C. Davis. Upon graduation, she became an enologist at Napa Wine Company and was soon named assistant winemaker there. She had the opportunity to work directly with many of the region’s top winemakers including Heidi Barrett, Erin Green, Pam Starr and Celia Masyczek. Elizabeth was named to the position of assistant winemaker at Chimney Rock in January 2002 and advanced to the position of winemaker in 2005.

She was promoted to general manager of Chimney Rock Winery in 2011 while continuing in her role as head winemaker at the Stag’s Leap District estate winery. She has also served as president of the Stag’s Leap District Winegrowers Association. During her tenure at Chimney Rock, she has consistently produced wines that have been highly rated among critics and highly valued among consumers. She also takes an active role in mentoring women interested in a career in winemaking/viticulture — and she is also particularly fond of Labrador Retrievers. Enough said there! 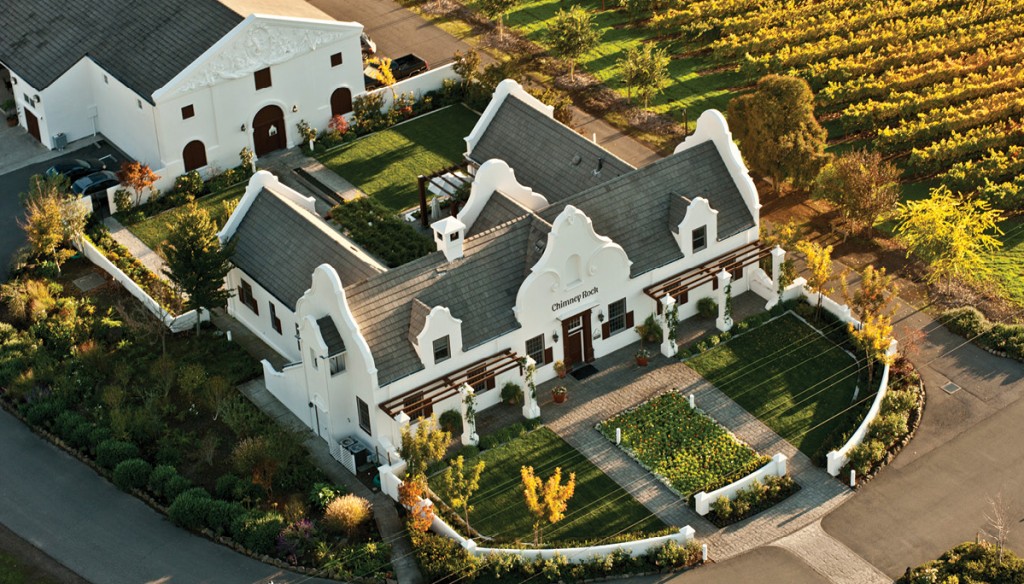 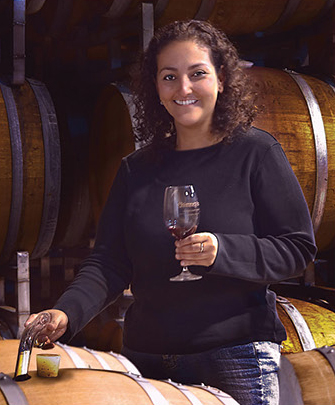 ITM: The Stag’s Leap District is a small pocket of land. What makes it so favorable for growing some of the valley’s best fruit?

EV: It is a combination of well-drained volcanic soils, geography/geology and climate. The massive outcropping of rocks of the Stag’s Leap Palisades has an interesting interplay with the cooling influence of the San Pablo Bay. The synergy between these two lend to beautiful ripe, silky tannins and stunning fruit aromatics.

ITM: Chimney Rock has a very unusual architectural style; can you tell us a little about that?

EV: It is Cape Dutch, typical of 17th century Western Cape in South Africa. The original owners at Chimney Rock lived in South Africa for many years and paid homage to the wineries of Stellenbosch.

ITM: When I was at the Terlato headquarters this past summer in Lake Bluff, Tony turned me on to Elevage Blanc. You are known for your red wines but this white wine was outstanding. Can you tell us a little about it?

EV: It is our own tribute to the great white wines of Bordeaux, inspired by Tony’s love of Haut Brion Blanc. We have added a little Napa twist to the blend: We use the rare Sauvignon Gris as a blending grape with Sauvignon Blanc, instead of Semillon, which is traditionally used in Bordeaux. It is a white wine made with complexity and age worthiness in mind, and it is a lot of fun to make.

ITM: I also tried the Elevage red while at the winery. That’s a special wine. What is it made from?

EV: Elevage is a red blend that is intended to capture the essence of Stag’s Leap District tannins  — velvet in a glass. It is a blend of at least three Bordeaux varieties: Typically, they are Merlot, Cabernet Sauvignon and Petit Verdot, although occasionally Cabernet Franc makes its way into the blend as well.

ITM: Your main attraction is Cabernet and I believe you make about seven types, but the workhorse is the popular Stag’s District Cabernet. What makes it so special and why should it be on every premium wine list in the country?

EV: The texture of Stag’s Leap District wines is what sets our wines apart. They are known for the balance and silky tannins, which you often find in the wines from this area. It should be on every premium wine list because it is a unique terroir within the Napa Valley, and because the wines tell a very pure and unique story of the Cabernet Sauvignon grape.