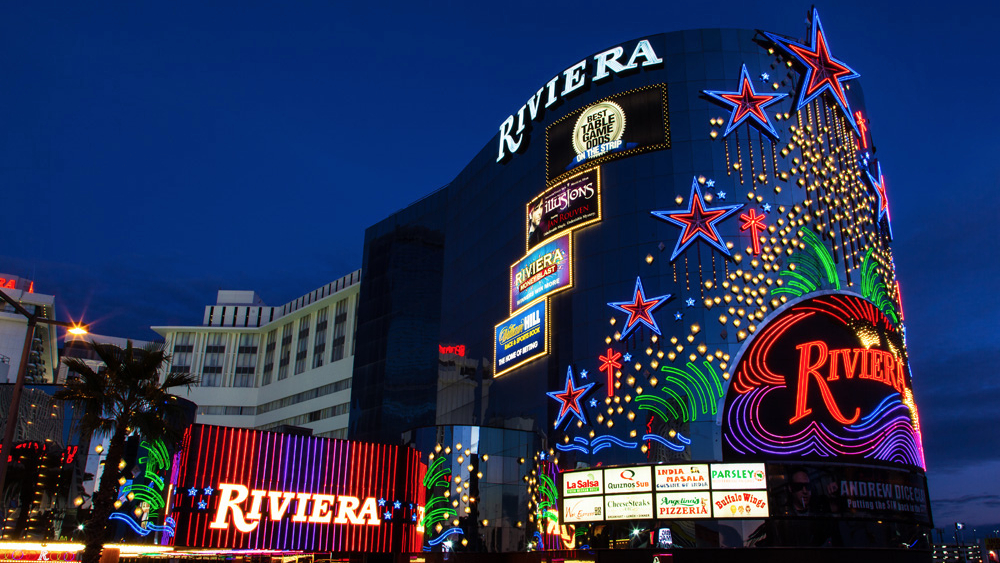 The Riviera Hotel and Casino one of Vegas’ most iconic casinos is about to join a long list of legendary casinos who have shuttered their doors and have been erased off The Strip permanently. Last week it was announced that the Riviera was to be purchased by the Las Vegas Convention and Visitors Authority for $182 million dollars to make way for an expansion of the convention center. The Riviera is set to close on May 4th, allowing the hotel to meet a unique Vegas milestone of sixty years in business. The Riviera’s closure also means that the Flamingo Las Vegas will be the only Strip casino that has been open for more than sixty years.

The Riviera has had its share of ups and downs over the years. The property has hosted many iconic musical performers over the years, including The Rat Pack (Frank Sinatra, Dean Martin, Sammy Davis Jr, Peter Lawford, sans Joey Bishop), Elvis Presley, Liberace, Liza Minnelli and Louis Armstrong. Many famous movies were also shot at the property, including The Hangover, the original Ocean’s Eleven, National Lampoon’s Vegas Vacation, Diamonds Are Forever, Casino and Austin Powers: International Man Of Mystery.

If you haven’t visited this Las Vegas icon, be sure to do so before it is imploded, adding to the list of historical Las Vegas Strip casino closures like the Stardust, New Frontier, Dunes, Sands, Hacienda, Aladdin and El Rancho.