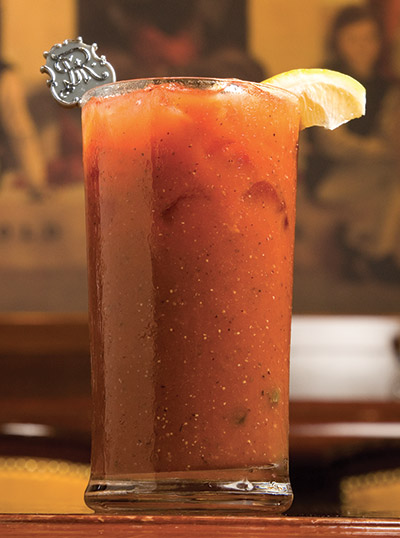 George planned to enjoy the Super Bowl in Las Vegas and checked into the Bellagio early on Saturday to relish the weekend. After a trip to the spa for a workout, steam and massage, he was ready for cocktail hour and knew it was time to visit Michael at the Petrossian Lounge.

“George, how are you, my friend? Welcome back!” Michael greeted him and asked, “Negroni?”

This guy is good; always remembers my name and what I like to drink, George thought. 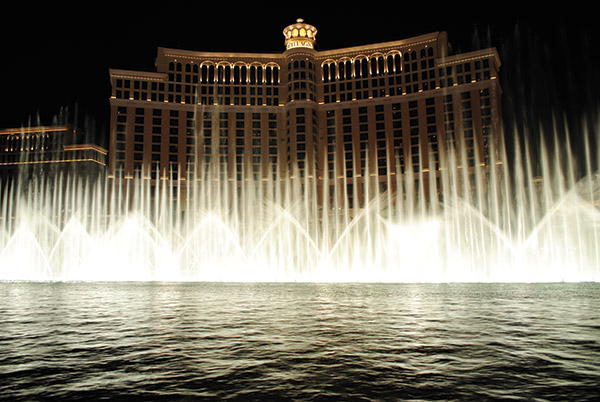 “I’m great Michael. Nice to be back here for the game, dinner tonight at Bouchon, and maybe shoot a little craps,” George replied. “How’ve you been?”

“Good, very good. Work has been busy; it’s always busy at Petrossian. We have some wonderful golden Ossetra caviar tonight that we’re serving with a pairing of three different vodkas, if you’re interested,” Michael proclaimed.

“When am I not interested in vodka and caviar?” George responded. The golden Ossetra was delicious – creamy, nutty and slightly briny with a beautiful pop, which paired beautifully with all three of the featured vodkas: one made from winter wheat, one from corn, and the other a mix of rye and wheat.

George finished the caviar, paid his check and thanked Michael for his always gracious hospitality. He then headed to the cabstand for his quick trip to the Venetian and dinner at Bouchon. It was still early and the bar at Bouchon was not yet at capacity, so George grabbed a seat and perused the cocktail menu.

“(Absolut Elyx) Vodka martini please, stirred, twist of lemon, two onions and hold the vermouth,” he ordered. George found his martini to be perfect – icy cold, crisp with a slight grainy sweetness that was balanced by the briny pearl onions, and accented beautifully by the subtle citrus oils of the lemon.

“What, no Negroni?” a voice inquired. The voice belonged to Paul, restaurant manager and sommelier.

“You know me too well, Paul. I was drinking vodka and eating caviar at Petrossian and the vodka was getting good to me, so I decided to stick with it,” George replied. “But I’m about ready for some foie gras and a glass of Sauterne.” George followed the foie with delicious steak pommes frites, thanked Paul for the hospitality and took a cab back to the Bellagio.

The following day, George awoke to the annoying ringing of his alarm clock. After a long night of shooting craps and sipping martinis, he was surely in need of a pick-me-up! George headed down to the sports book to place his Super Bowl bet and get some much-needed “hair of the dog.” After taking a long sip of his Bloody Mary, George made sure to compliment the bartender on the exquisite libation.

“Thank you so much,” replied the bartender. “Our recipe is based on the original from Harry’s New York Bar in Paris. We have been serving our Bloody Mary the same way since Bellagio opened in 1998.” 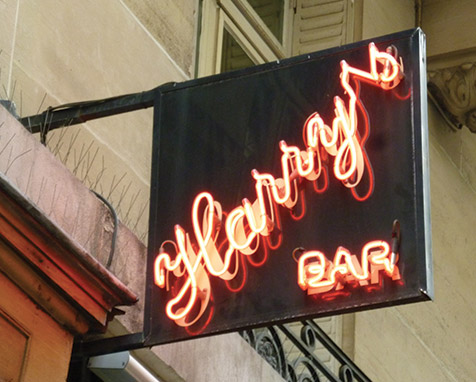 “So you’re telling me the Bloody Mary was invented in Paris?” George questioned.

“Yes. Many are surprised to know that the Bloody Mary originated in Paris,” answered the bartender.

After a few Bloody Marys and losing his bet on the game, George headed up to his room and contemplated more on the Bloody Mary. If this was originally from Paris, he had to go see the bar where this phenomenal concoction was created. Heading to the airport, George could not help but be excited about visiting his favorite city and discovering the birthplace of the Bloody Mary. After a long overnight flight into Paris, George grabbed a cab to the George IV Hotel, showered and freshened up so he could arrive at Harry’s Bar in great condition and with much anticipation.

The cab pulled up to Harry’s in the mid-afternoon. The bar was fairly slow and George found himself a seat at the bar. The bartender approached George and asked what he would like.

George replied, “I understand this is where the Bloody Mary was invented?”

The gentlemen behind the bar, in the starched white jacket, replied simply, “Oui, Monsieur.”

As the bartender made George’s drink, he went into detail about the drink having been created there in the early 1920s by an American bartender named Fernand “Pete” Petiot. The Bloody Mary originated as equal parts tomato juice and vodka, until Pete added the spices and lemon juice to the drink.

The bartender continued to tell the story, “After the repeal of Prohibition, Pete moved to New York City to be the head bartender at the King Cole Bar inside the St. Regis Hotel. 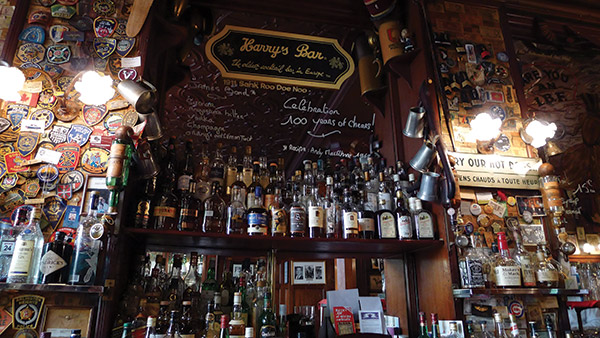 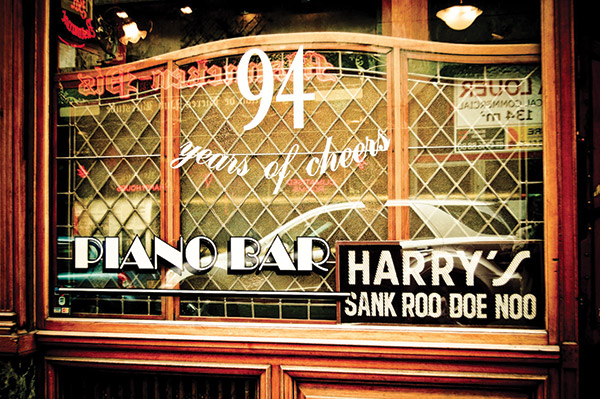 In fact, if you ever make it to New York City, please try and visit the King Cole Bar.”

“That sounds spectacular. I happen to have a layover in New York on my way back home!” George said, excitedly. “By the way, do you happen to serve any food here? I’m starving.”

“Harry’s was also where the first hot dog was ever served in Paris,” replied the barman.

“Great! I’ll have one and another Bloody Mary, please.”

After paying his check, George said farewell, and the bartender mentioned to him to be sure and ask why the King is smirking in a mural at the King Cole Bar.

Only planning to stay one night in Paris, George headed to one of his favorite restaurants, Chez Paul. One of George’s favorite pastimes in Paris was enjoying some of the finest French bistro fare. Walking into Chez Paul, George spotted his friend Julian working, and greeted him,  “Bonsoir, Julian.”

“What a great surprise, George!” Julian replied. “So happy you were able to come for dinner and great to see you back. Table for one?”

“I’ll have something for you in about 30 minutes,” Julian reassured George.

“Sounds great, “ George replied, taking a seat at the bar. Almost on cue, Julian came from the back with a bottle of Champagne, plate of foie gras, toast points and sea salt.

“Here’s a little something while you wait,” Julian said.

Once seated, George began with an order of escargots in butter and parsley, followed by bone marrow and sea salt, and finally, the côte de boeuf with pommes farcies, washed down with a beautiful bottle of Côtes du Rhône. He finished the night sharing a glass of calvados with his friend Julian, and then headed back to the hotel for some sleep before his morning flight to New York.

Landing in JFK, and with only a four-hour layover, George quickly hailed a cab and headed straight to the St. Regis. Walking into the grand hotel, George made his way to the King Cole Bar, where he secured a seat at the bar and perused the menu.

“Excuse me, I understand you are famous for your Bloody Mary but I don’t see it listed on your menu,” George inquired. 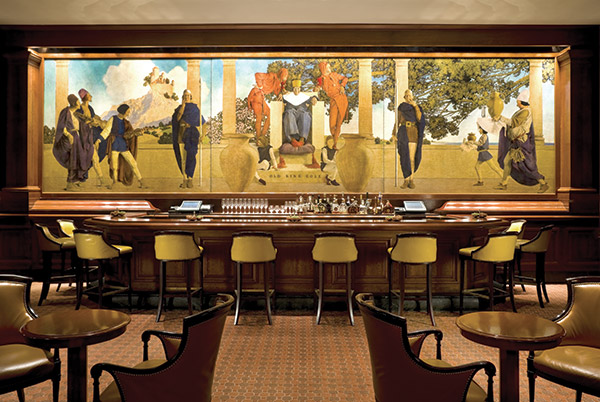 “I’d love one,” George ordered. He found it to be very well balanced, with a good foundation of vodka and tomato juice, along with a nice tang of acidity from the freshly squeezed lemon juice and just the right amount of spice.

“Very good! I believe I’ll have another,” George declared. “Can I ask you a question? Why is the King smirking in that beautiful mural?”

“But why is the King smirking? A bartender at Harry’s New York Bar said I needed to ask,” George questioned.

The bartender motioned for George to lean over the bar and he whispered the answer in his ear. “Now, you are not allowed to tell anyone else – they must find out only from a bartender at the King Cole Bar,” pronounced the bartender.

George finished his Red Snapper, thanked the bartender and headed out front to hail a cab. On the ride back to JFK, he pondered his journey to discover the origins of this iconic libation; and although he felt there surely must be more to this tale, he did leave with a greater appreciation for the drink and a big smirk on his face.