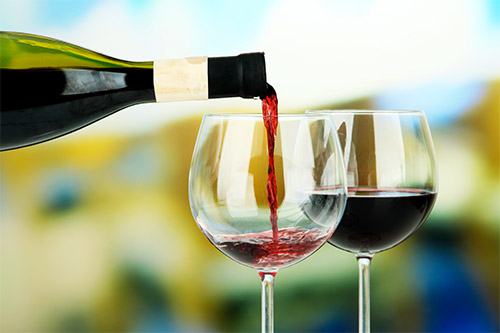 Wine Institute is the association of 1,000 California wineries. In recent days, unfounded litigation has raised questions about the safety of California wine. We want to assure you that the health and safety of consumers is of the greatest importance to our wineries and that the wine produced by our members is perfectly safe.

The lawsuit claims that certain wines contain unsafe levels of arsenic based on the limit set by the U.S. Environmental Protection Agency (EPA) for drinking water – 10 parts per billion (ppb). However there is no scientific basis for applying the EPA drinking water standard to wine.

The U.S. government has not published a limit for arsenic in wine but several countries including Canada, the EU, and Japan have set limits ranging from 100ppb up to 1000ppb – 10 to 100 times the level the EPA determined to be safe for drinking water.

When the U.S. government considers limits for arsenic in food and beverages, they take into account how much of that food or beverage an average person may consume in a day and the age of people who likely consume that food/beverage. Daily intake levels for water are significantly higher than for wine.

The risks from potential exposure to arsenic in wine are lower than the risks the EPA considers safe for drinking water. For perspective, eight 8-ounce glasses of water a day is the recommended daily amount, whereas one to two 5-ounce glasses of wine a day is defined as moderate wine consumption according to the U.S. Dietary Guidelines.

Arsenic is prevalent in the natural environment in air, soil and water and food. As an agricultural product, wines from throughout the world contain trace amounts of arsenic as do juices, vegetables, grains and other alcohol beverages and this is nothing new.

The U.S. government, both TTB and FDA as part of its Total Diet Study, regularly tests wines for harmful compounds including arsenic as does Canada and the European Union to ensure that wine is safe to consume.