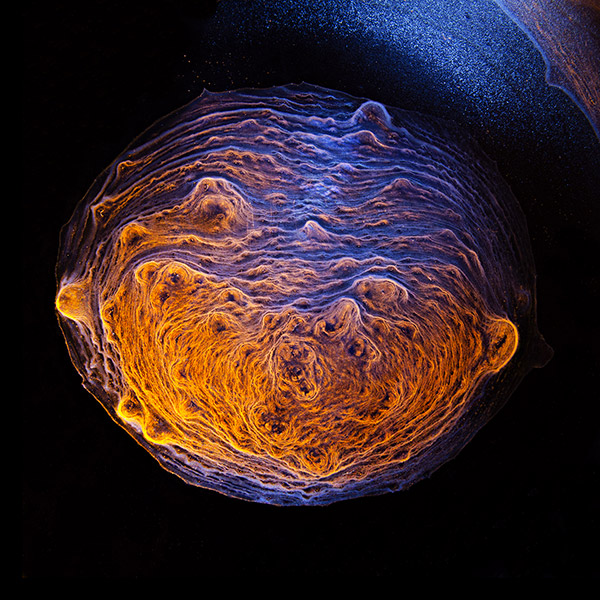 Ernie Button creates fine art from whisky. Born out of a love of whisky, Mr. Button takes this finely crafted product, and through his unique process of drying after the last drop has been consumed, toils to reveal the beauty in the residue left behind. The results are otherworldly images that mesmerize the viewer. All of the featured images have been created using the dried remains of whisky. As a fan of whisky, it is a unique way to highlight the many fantastic qualities of this time-honored drink. Mr. Button would like to work with your distillery to create images similar to the ones seen in this portfolio using your whisky to make art for your distillery. (of note: this process works with any aged whisky. Even though he is using the whisky with no /e/ which implies only Scotch, this process does work with all whiskey.) 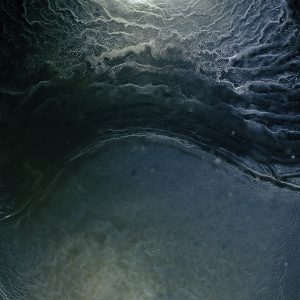 I feel fortunate that I stumbled onto this phenomenon. I am a fan of observing my world and the things that are happening around me; noticing the smaller details that may be ignored or overlooked. The idea for this project occurred while putting a used Scotch glass into the dishwasher.  I noted a film on the bottom of a glass and when I inspected closer, I noted these fine, lacy lines filling the bottom. What I found through some experimentation is that these patterns and images that you see can be created with the small amount of Single-Malt Scotch left in a glass after most of it has been consumed.  The alcohol dries and leaves the sediment in various patterns.  It’s a little like snowflakes in that every time the Scotch dries, the glass yields different patterns and results.  I have used different color lights to add color to the bottom of the glass, creating the illusion of landscape, terrestrial or extraterrestrial.  Some of the images reference the celestial, as if the image was taken of space; something that the Hubble telescope may have taken or an image taken from space looking down on Earth.   The circular image references a drinking glass, typically a circle, and what the consumer might see if they were to look at the bottom of the glass after the scotch has dried.

Mr. Button’s whisky work has been featured in numerous publication internationally including features on NPR, NY Times, Smithsonian Magazine, Fast Company, Scientific American, Wired Magazine as well as many others.  Ernie Button can be contacted through his website www.erniebutton.com or at contact@erniebutton.com 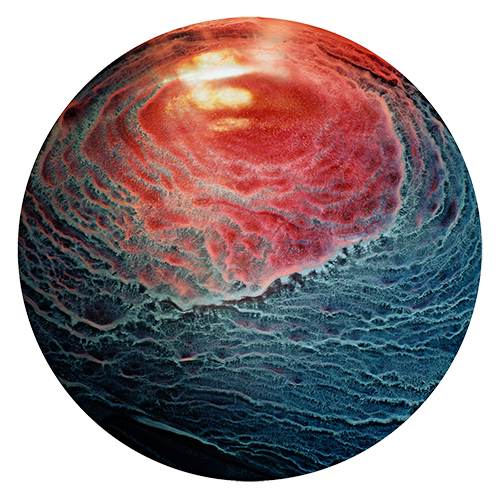 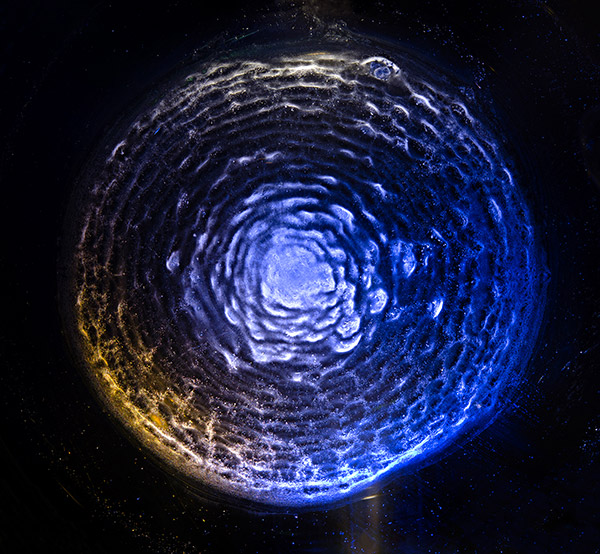