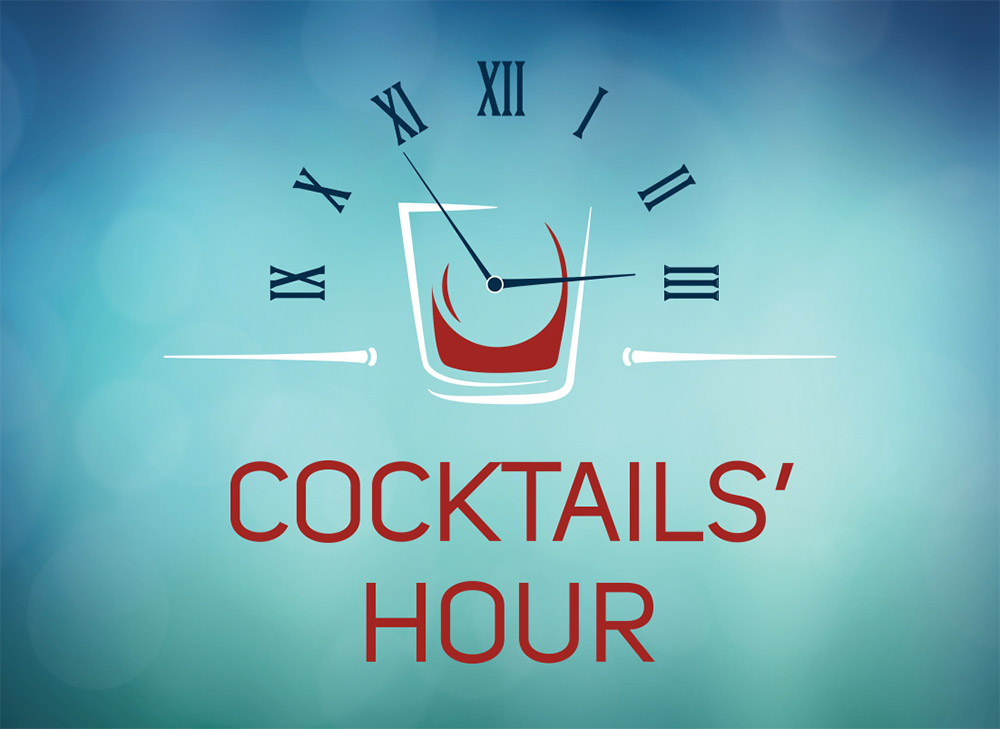 Cocktail culture, trickling down from the elite to the everyday, has raised the bar on the flavor experience. Fresh juices, creative purées, boldly flavored syrups, funky brand labels — they’re all informing beverage development. As we’ve seen with food menus, consumers respond to premiumization, layering of flavors and a mark of craftsmanship. The same holds true for today’s beverage menus. Here are 12 trending cocktails that offer mouthwatering opportunities for signature sips. 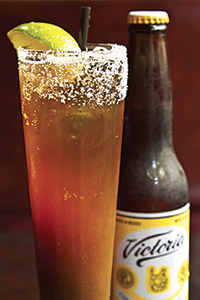 At Mercadito, guests choose the beer base for their Michelada, which gets its Bloody Mary-like accents from lime, Tabasco, Worcestershire and salt. Courtesy of Mercadito Hospitality.

This Mexican beer cocktail is a refreshing and savory blend of tomato juice, hot sauce and a cold beer finish, with the rest of the beer served on the side. The Michelada is basically a beer version of a Bloody Mary, served in a salt-rimmed glass. We’re seeing this drink popping up in beer-centric venues, as well as places looking for an authentic Mexican offering that holds a hip level of exoticism. Variations on the theme include chile salt for the rim, maybe a dash of ghost pepper sauce in the drink, or perhaps a dark Mexican beer with a hit of umami from Worcestershire and soy sauce. 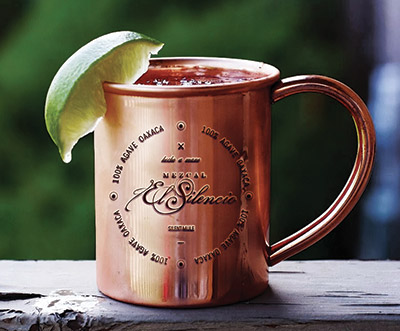 The Silent Mule from Neat Bar.

You know a drink’s having its moment when you can find its signature glassware at Williams-Sonoma. Indeed, the famous copper mug might be part of this post-Prohibition classic’s resurgence. Refreshingly tart, the standard combines vodka, fresh-squeezed lime juice and ginger beer. Now bartenders are taking liberties, switching out vodka for bourbon and christening it the “Kentucky Mule,” or subbing out the non-alc ginger beer for a hard ginger beer, like in the Milwaukee Mule. 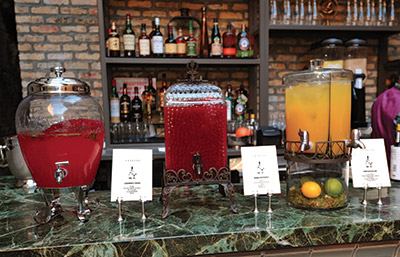 This is a somewhat new phenomenon on the bar scene, where supper clubs and underground bars have reclaimed punch, giving it an edgy, of-the-people, weekend feel. Sangria is the mother of this trend, and even within sangria we’re seeing innovation in recipe builds. As an example, look to Penca in Tucson, Ariz., where the Sangria of Rosé is made by steeping thyme, rosemary and savory in Rosé, then adding dry Peruvian pisco, reduced Chardonnay and dry sherry. As a broader category, punch gives bartenders a chance to throw personality, brand image and cult following into one big bowl. At Craft & Commerce in San Diego, three shareable punch bowls are on offer ($42), including the Eden’s Orchard with rye whiskey, Amontillado sherry, Fuji apple syrup, lemon, whiskey-barrel-aged bitters and Champagne. 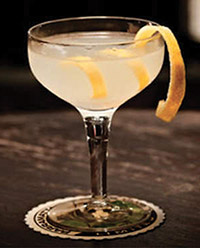 A classic French 75. Try one at Arnaud’s the next time you are in New Orleans.

Ahh, bubbles. Elegant, refreshing and crisp, the French 75 is riding high on the Champagne cocktail trend. Made with gin (sometimes Cognac), Champagne, lemon juice and simple syrup, this classic was created in 1915 at the Harry’s New York Bar in Paris. We’re now seeing iterations with different citrus or floral notes, flavored simple syrups and other unexpected nuances. 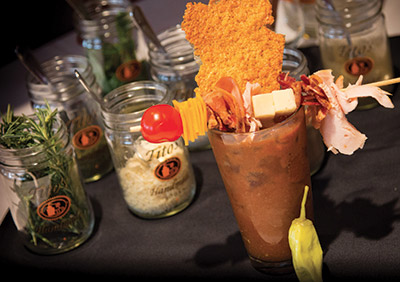 Hot Brown Bloody Mary – Made with Absolut Peppar, the drink is topped with the traditional Hot Brown ingredients: roasted turkey, bacon, tomato; and to imitate the Mornay sauce, several cheese cubes from cheddar to Swiss; and to make it extra attractive, a baked Parmesan lace. Courtesy of the Bristol Bar & Grille in Louisville, Ky.

This Sunday staple is leading the charge in brunch menu innovation. Garnishes have moved beyond a flowery celery stalk to house-brined pickles, green beans and cocktail onions. Marking today’s Bloody Mary culture: beef jerky swizzles, Scotch eggs dangling precariously from toothpicks, and fat shrimp ready to plunge into the drink. And as for the actual beverage, craftsmanship makes for the standout, but hip booze labels and bacon-everything play a big part here. 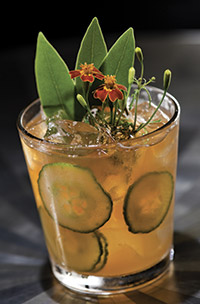 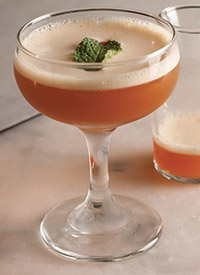 In the U.K., Pimm’s celebrates the short summer, crowning garden parties with welcoming bowls of Pimm’s, fresh fruit, mint and lemon-flavored soda. Here, this gin-based beverage with subtle spice notes gets a bit of polish, moving away from a backyard gathering into sophisticated drinks. 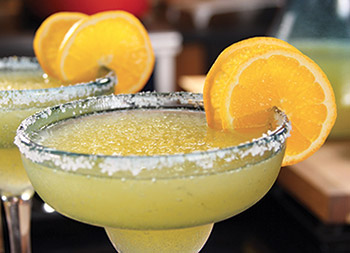 Margaritas come in a variety of flavors, including this refreshing mango version.

Technomic’s MenuMonitor confirms for us that the margarita is still the most popular cocktail in this country, in terms of menu mentions. We’re seeing a call for better margaritas, where operators can charge premium prices for top-shelf tequilas, creative or house-made simple syrups, bold purees, seasonal cues and flavor-forward signature twists. Indeed, Technomic reports that mango is a hot flavor here, as are berry blends and a counterpoint of sweet with spice. 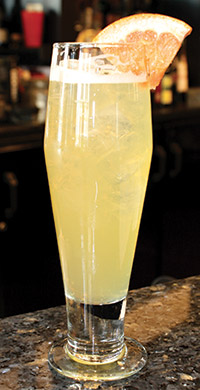 The Stiegl Radler is 312 Chicago’s version of the Radler – Hendrick’s Gin on the rocks, topped with a bottle of Stiegl (Grapefruit) Radler. Courtesy of 312 Chicago.

Another beer-based beverage, this one is a refreshing blend of beer with lemon-flavored soda. This also appears as the “Shandy,” originally hailing from the U.K., but we’re seeing the Radler as part of a new surge of German beer and food culture. Either way, it’s another expression of “lighter” style drinks that quench the thirst while stimulating the palate. Look for variations in name and character, depending on regional influence. For instance, in Bavaria the Radler becomes the “Russ,” with Weiss beer as the base instead of lager. 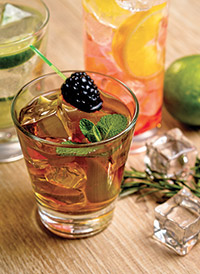 The world of tea has flowered, and tea varieties are bringing cocktails flavor, heft and dimension. You can go everywhere from a spiked iced tea to a hibiscus tea paired with gin and fresh-squeezed lime. Look to fun bottled infusions like Earl Grey-infused City of London Gin or Jeremiah Weed Sweet Tea Vodka. 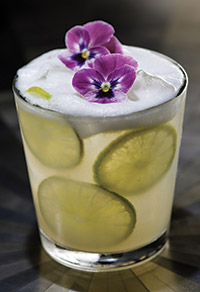 This refreshing tequila cocktail combines white tequila made smooth as silk with fizzy grapefruit soda. The basic Paloma stars Squirt, but bartenders are upping the fresh factor with hand-squeezed grapefruit juice finished with a spritz of seltzer water. Bitter, sweet, citrusy and boozy, a new favorite version is one that boasts a finish of fiery heat from jalapeño-infused tequila. 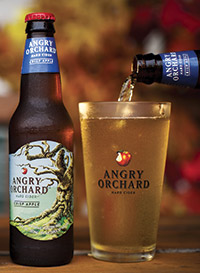 The craft beer movement has led to growing interest in craft ciders. Indeed, there are now more than 150 cideries in North America. Savvy bars are dedicating a few taps to emerging labels, adding menu interest and credibility with the ever-growing crowd of better-beverage seekers. They’re also layering cider into cocktails, giving them a bubbly, sweet-tart profile. 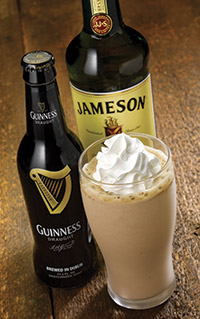 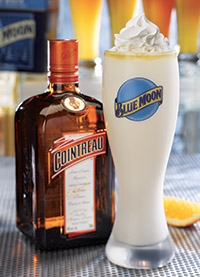 Who says milkshakes are for kids? Sweet, creamy and thick, we’re seeing adult themes find their way into these indulgent drinks. For the better burger category, it’s a natural extension. And for everywhere else? There’s very little not to love about combining booze with dessert. At Bobby’s Burger Palace, with locations nationwide, three spiked shakes are on the menu: Vanilla Caramel Bourbon, Pineapple Coconut Rum and Mocha Kahlua Vodka.