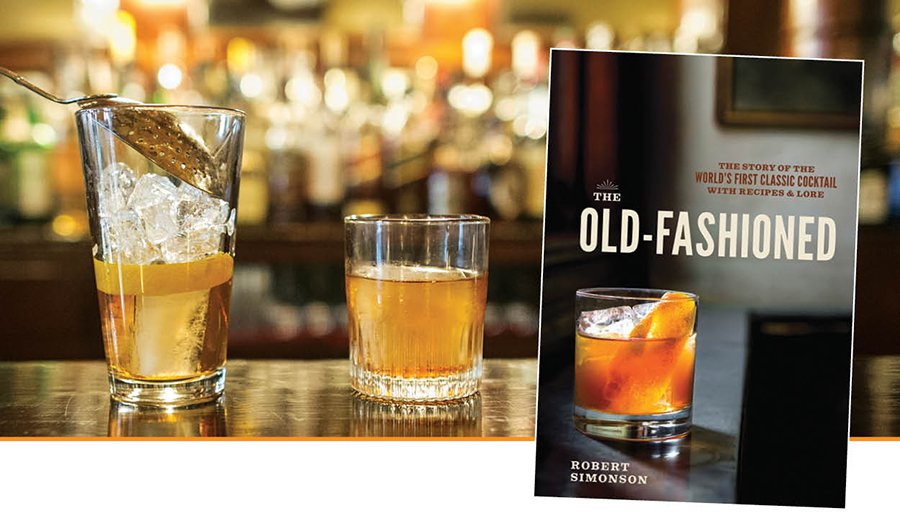 When I first started reading this book, I wondered how it could all be about just one drink. But it is – and it’s not just any drink, it’s the Old-Fashioned. Simonson researches this cocktail with gusto. Referring constantly to old newspaper and magazine articles of an era long-gone, he reconstructs the golden age of cocktails and the history of the Old-Fashioned. The first half of the book is “The Story,” which I could not put down and read in one sitting. The second half is “The Recipes,” which includes Old School, The Standard Variations and Modern Classics – enough to keep this novice bartender busy for a while. If you like cocktail history and want to improve your recipe portfolio, I highly suggest picking up a copy.

Published in the U.S.A. by Ten Speed Press.

No single cocktail is as iconic, as beloved, or as discussed and fought-over as the Old-Fashioned. Its formula is simple: just whiskey, bitters, sugar and ice. But how you combine those ingredients — in what proportion, using which brands, and with what kind of garnish — is the subject of much impassioned debate.

The Old-Fashioned is the spirited, delightfully unexpected story of this renowned and essential drink: its birth as the ur-cocktail in the nineteenth century, darker days in the throes of Prohibition, re-ascension in the 1950s and 1960s (as portrayed and re-popularized by Don Draper on “Mad Men”), and renaissance as the star of the contemporary craft cocktail movement. – Penguin Random House