The West Indies Rum and Spirits Producers’ Association (WIRSPA) has developed the Authentic Caribbean Rum (ACR) Marque as a visual symbol of authenticity, quality and diversity. This ACR Marque ensures a common standard of production across this rich and diverse region of the world widely recognized as the home and birthplace of rum. 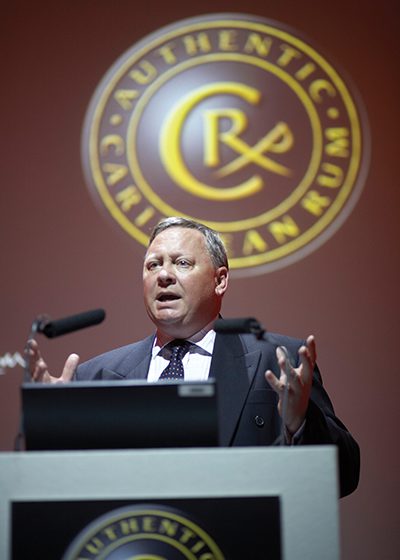 WIRSPA represents 15 independent countries that produce Authentic Caribbean Rums: Antigua and Barbuda, Barbados, Belize, Dominica, Dominican Republic, Grenada, Guyana, Haiti, Jamaica, St. Lucia, St. Vincent and the Grenadines, Suriname, Trinidad and Tobago. These 15 Caribbean country associations, which make up WIRSPA, have agreed to a common set of production standards to define Authentic Caribbean Rum. While each brand will maintain its individual character and identity, the ACR Marque guarantees the authenticity and provenance of the rum.

I had the pleasure of visiting one of WIRSPA’s most famous members, the Brugal Rum distillery, where they have been producing rum since 1888.

Over 125 years ago in the Dominican Republic, Don Andrés Brugal Montaner broke from the traditional styles of the time to create a distinctively different rum all his own. Five generations later, Gustavo Ortega runs the family-owned operation. He led us through a tasting of their unique and beautifully crafted rums. They are distinctively dry, with the nuance and complexity that can only come from a dedication to exclusively cask aging every drop. 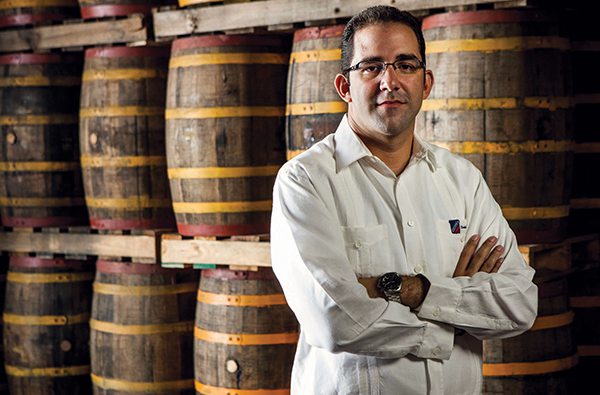 There were two things that stood out in particular when I visited Brugal. The first is their method of distillation. It is unique in the sense that they distill a very dry, raw distillate (clear alcohol), which is less sweet than many and purer than most. The other is their unwavering dedication to cask-aging every drop of rum, using the same wood policy as the world’s finest single malt Scotch whiskey. Because they cask-age their rum in the year-round heat and humidity of the Dominican Republic, maturation is accelerated. I learned of this firsthand, being in the barrel rooms. A sweltering temperature inside makes the rum age and take on its barrel’s characteristics much faster than, say, bourbon in Kentucky. This also causes an accelerated rate of evaporation, known as “the angel’s share.” So the longer you age it, the more you lose. They say a barrel of rum will totally evaporate in eight years, so it is plain to see that aging rum in the Dominican Republic is an expensive process. 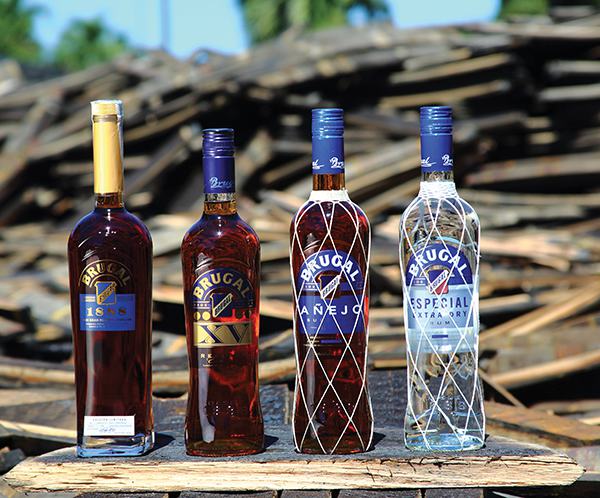 A selection from the Brugal Rum family. 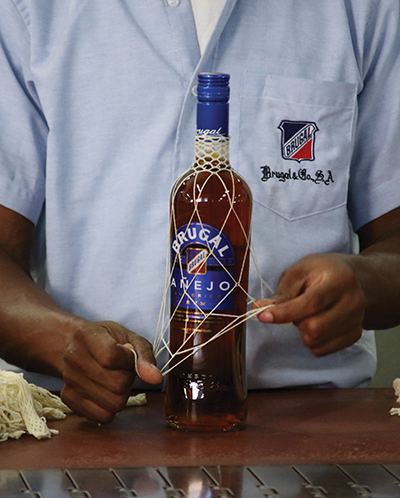 Putting the famous netting on a bottle of Añejo. 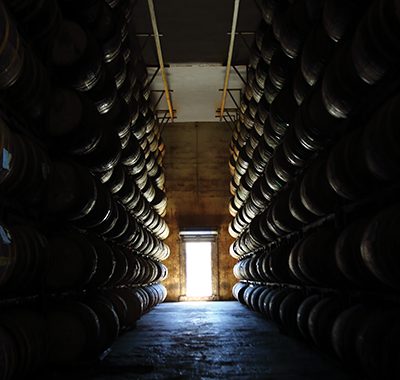 One of the barrel rooms aging Brugal Rum in the Dominican Republic heat.

A tasting of the rums was impressive. Fifth generation Rum Master Gustavo Ortega Z. walked us through a selection of the rums in the tasting room, away from the heat!

Especial Extra Dry is a white rum aged over two years in used bourbon barrels. Triple filtration enhances the flavor and strips away the color brought on from the wood. It is a mature white rum with much more character than most in its class.

The Añejo is one of my favorite rums for the money. It is matured for two to five years in specially selected former bourbon barrels made of American oak, giving it a beautiful aroma of wood and caramel. The taste is a rich experience of toffee, spice and a hint of oak. It is a good mixing rum or, better yet, served over a single large cube. 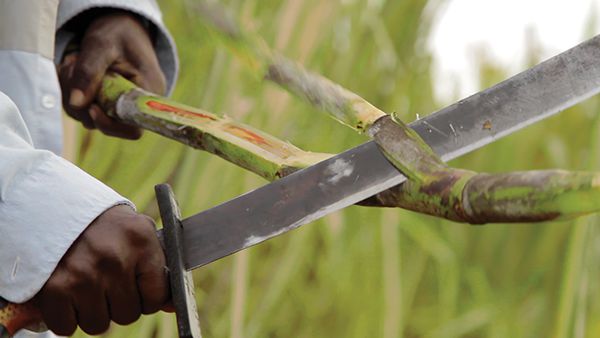 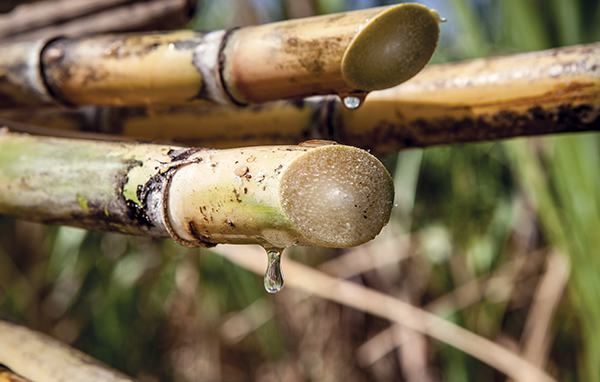 The XV Ron Reserva Exclusiva is a unique blend of rums aged three to eight years in former bourbon barrels made of American oak, and rums aged two to three years in former Pedro Ximenez Sherry casks. The result, a perfect marriage of dry rums with exceptional smoothness and flavor, has a complex and rich flavor of wood, roasted almonds and caramel.

The 1888 Ron Gran Reserva Familiar celebrates the family heritage and the year the distillery started. But make no mistake – this is rum made by and for the new generation of this family. The rum is double wood aged and spends six to eight years in ex-bourbon white American oak casks, followed by a second maturation of two to four years in first-filled, hand-selected Spanish sherry oak casks previously used for aging Oloroso sherry. The rum is captivatingly complex with an aroma of fine saddle leather and spice, with undertones of the barrel wood. The flavors include hints of chocolate, roasted coffee, cinnamon and other dried fruits. Truly a fine rum. They talk about it as being a whiskey drinker’s rum.

Next time you have a chance, enjoy a rum that carries the Authentic Caribbean Rum Marque and you will be sure it is from one of the finest rum producers in the Caribbean.