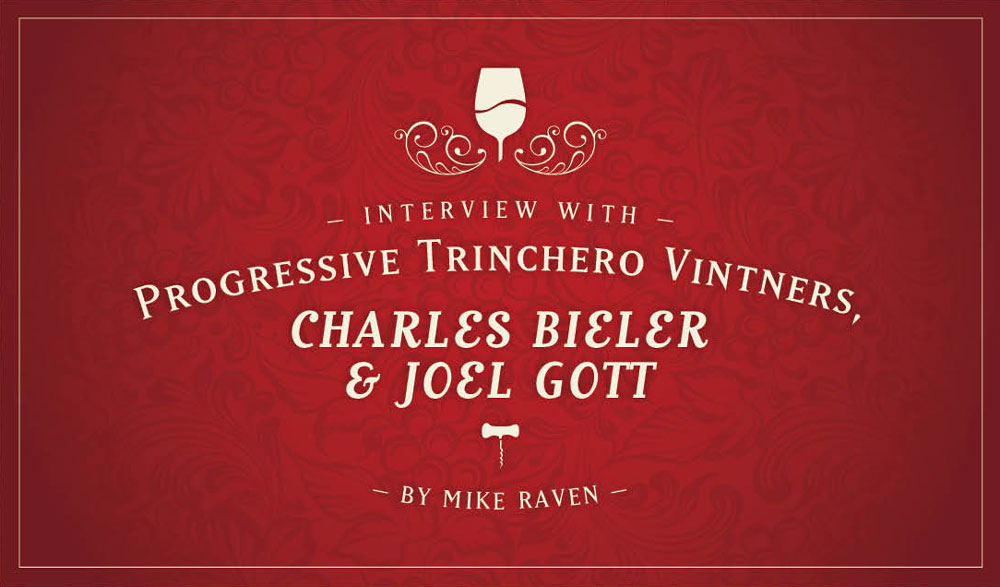 I had the chance to meet with Charles and Joel at the Palm Restaurant, inside the Westin Buckhead Hotel, on their swing through Atlanta. They had been on a weeklong tour of major markets with representatives from Trinchero Family Wines.

MR: You guys are the kings of the approachable wine – Three Thieves, The Show, and Bandit. How did you get into that?

Charles Bieler: I don’t think there was any grand plan that that’s where we wanted to end up. When I started, I certainly didn’t have any money and I thought it was more exciting to find little treasures and values that you don’t spend much money on. But then, holy cow, I would have spent twice as much on that. To me, that turns me on. Any dummy with a big bank account can find a great wine if you spend enough, but what’s the discovery, really. If you spend a hundred bucks, it better taste good. So it’s exceeding expectations. That was probably the original kernel and one thing lead to another. But we all focus almost exclusively on the value tier. It also helps that the majority of wines sold in America are in that tier.

MR: We were talking earlier that whatever wine you make, at any tier, you want it to have that “wow” value factor.

MR: You’re not afraid to blind taste against anyone in your tier?

CB: NO! In fact, we encourage it every time, please. At the end of the day, that’s what matters: the customer experience.

MR: Joel, I was looking at the Three Thieves website and they said you were the “quintessential winery brat” – their words, not mine. I guess you grew up in the business.

Joel Gott: It’s more so just making fun of me because I grew up in wineries. My dad was a winemaker and I grew up in cellars where my first jobs were pulling hoses and cleaning tanks. So, I guess if you grew up on a dairy farm, you would be a dairy brat, right? I just grew up around the industry – my grandfather was in it, my dad was in it, so it is just part of my life. 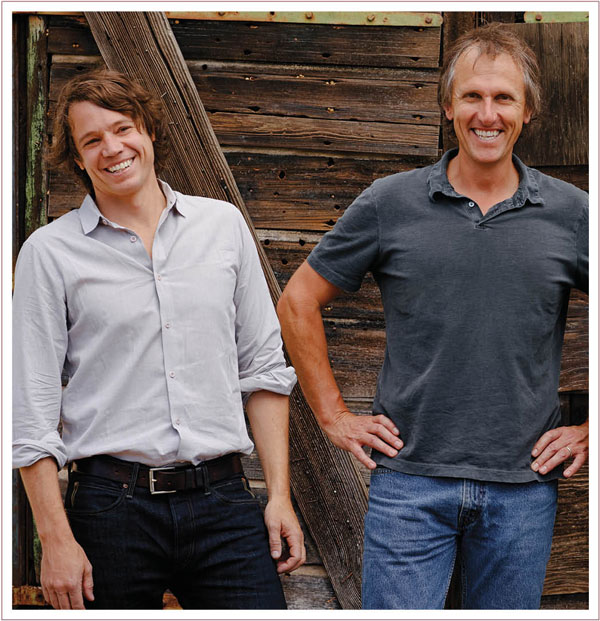 “My dad was a winemaker and I grew up in cellars where my first jobs were pulling hoses and cleaning tanks. …I just grew up around the industry – my grandfather was in it, my dad was in it, so it is just part of my life.”
– Joel Gott

MR: Joel, I see you released an Oregon Pinot. Is that what I’m drinking here (in my glass)?

JG: No, that would be California Pinot from Santa Barbara and Monterey.

MR: Didn’t I see you made an Oregon Pinot?

JG: Yeah, three years ago we started making Pinot up in Willamette Valley because I saw a lot of compelling wines coming out of there. We’ve also been making Pinot Gris up there for five years. Again, just because the Pinot Gris we see from there are really distinct and have a great balance of acid and sweet fruit, really fun to drink. So I just got into it and dove in with both feet. We don’t have all the answers but we’re making some pretty fun wines.

MR: Charles, do you still have that pink Cadillac you used to drive around promoting your Routas Rose?

CB: That (Routas) was my dad’s original winery. He sold it in 2005 – he got an amazing offer he couldn’t refuse. I sold the car in 2003 or 2004. At the time, it was good riddance as this thing was breaking down left, right and center. I’m no mechanic and impatient as hell, so I couldn’t take it anymore. Actually, I was in Colorado Springs and it needed another repair, so I told the guy, “If you pay this repair bill, you can have the damn car.” Of course now, I’m like wow, shouldn’t have done that. I’ll forever be remembered as the pink Cadillac guy years later.

MR: Joel, you got into some things other than the wine business. You and your brother purchased The Palisades Market, and took over and rebuilt the historic burger stand, Taylor’s Refresher, and renamed it Gott’s Roadside. Still putting out those killer burgers and shakes at Gott’s?

JG: Yeah, I spend a lot of time dealing with the restaurant and love it. We have an amazing team there. We expanded the menu – we’re kind of known as a hamburger and milkshake place, but that’s changing. We have four of them now. It’s a great team, and really fun and challenging to work with food as well as wine.

MR: Charles and Charles Rose – it’s one of the best sellers in the country, right?

CB: For a domestically made Rose above $10 retail, it’s the number one selling. The category has a bigger presence on the import side, mostly from France, but I think we’re proving you can have the subtlety and finesse in a Rose made right here in the U.S. of A.

MR: Joel, you’re just a blending fool. Why do you like to blend wines so much?

JG: It started as a way to build complexity in the wines. Honestly, that’s what it is. You work with 10 vineyards and you kick out two or three of them, and you find the best six or seven of them. They start to match well together and you get some saturation of flavors that interlock with one another. 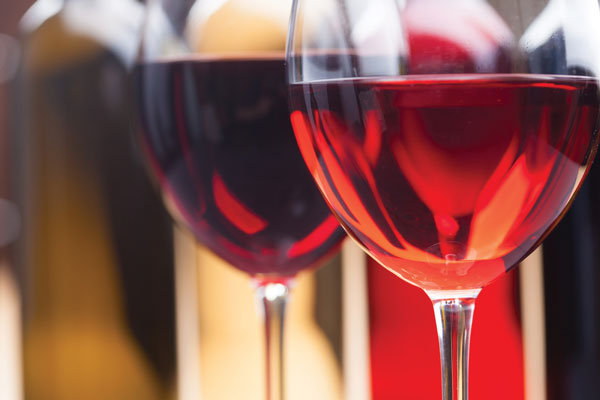 “We are trying to exceed expectations. We don’t want people to buy (our wines) just because of our labels … We want them to have a glass of wine and say, “I have no idea what that is, but I love it.”
– Joel Gott

MR: Anything you want to say to our readers that sums up your attitudes on wine?

CB: There’s a lot of wine out there and for these very personal pursuits that we are involved in, you tend to see that more in the high-end wine production. Where we are more trying to replicate high-end production and execution with scale, with wines that are deeply personal, with our names on them and with a price point that people (high-end vintners) don’t usually play in. To me, that’s really important. It’s commonplace to get north of $20, where for our wines, it’s not.

JG: I would add into that, the practice that both Charles and I are doing with our wines is that we are trying to exceed expectations. We don’t want people to buy them just because of our labels, even though we like our labels (laughing). We want them to have a glass of wine and say, “I have no idea what that is, but I love it.”