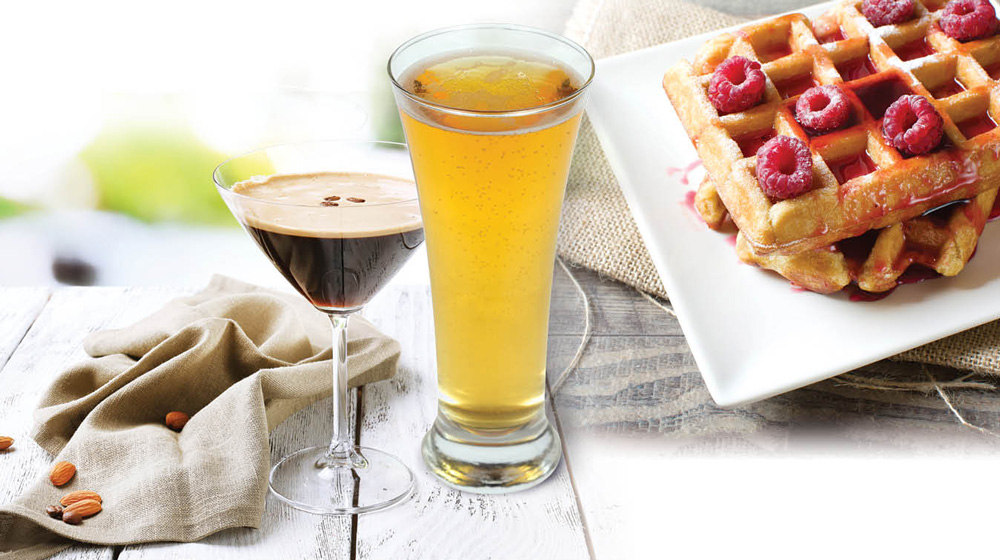 The latest alcoholic beverage trends are taking their place on morning menus.

It is said that Queen Elizabeth I – the monarch so frequently depicted in a starched, ruffled collar and thick, white makeup – awoke each morning to a breakfast of two pints of beer. For centuries it wasn’t uncommon for Europeans to enjoy a beer with breakfast, and the tradition continues in many countries; social media was abuzz when the president was served a traditional wheat beer with his Bavarian breakfast on a trip to Germany over the summer.

If it’s good enough for the Queen, is it good enough for American consumers? Increasingly, the answer is “Yes.” Breakfast has been one of the true sweet spots in the industry for the past few years, with major chains like McDonald’s and White Castle adding all-day breakfast, and casual, chef-driven restaurants upping the breakfast and brunch game with more innovative options, and on-site segments like the hotel industry attracting a new generation of foodies with on-trend breakfast menus.

Now operators are moving beyond the traditional morning cocktails like Bellinis, mimosas and Bloody Marys, and are adding craft beers, trend-driven cocktails and wines that go beyond the sparkling varieties, to create a beverage menu that equals the entrée options, which can bump up the check average and attract more Millennials. In fact, Millennials are far more interested in new breakfast trends than other age groups, according to Datassential’s MenuTrends Keynote Report on breakfast.

New Beer Options Find a Home on the Breakfast Menu

The rise of the craft beer movement means operators have a huge variety of options available, including beer varieties that can find a natural place on the breakfast and brunch menu, such as coffee and oatmeal stouts, lighter wheat beers, low-alcohol options or fruit-driven saisons or ciders. Many bartenders and beverage teams are using these beers to update the morning cocktail classics. Beermosas are up 50 percent on menus in the past year, and micheladas (the beer-driven version of the Bloody Mary) are up 162 percent on menus in the past four years, according to Datassential’s MenuTrends. At Chicago’s Dusek’s, there are four beermosas on the menu, plus a Board & Beer Breakfast that pairs a classic breakfast board with a beer.

Now breweries are responding with a number of beers featuring traditional breakfast flavors like maple syrup, orange and grapefruit, or bacon. San Francisco’s 21st Amendment brewery created Toaster Pastry, an Indian Red Ale inspired by Kellogg Pop-Tarts, which were produced in the 21st Amendment’s building at one time, while General Mills partnered with Minneapolis’ Fulton Craft Brewery on HefeWheaties, a hefeweizen meant to evoke the taste of the breakfast cereal. 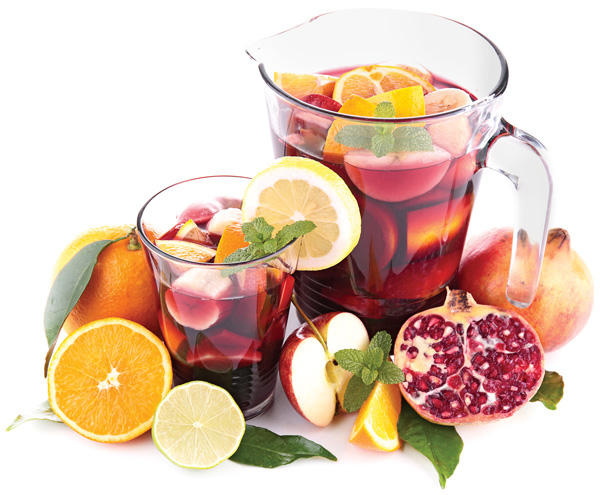 Sangria appears on 82 percent more breakfast menus compared to four years ago, and martinis are up 51 percent, according to Datassential’s MenuTrends. By adding traditional morning flavors, like espresso or orange juice, or referencing a traditional morning cocktail (a martini Bellini), operators can transition traditionally late-night cocktails to the breakfast menu. At 10-location Stoney River Steakhouse & Grill, the Breakfast Martini features orange marmalade and fresh citrus in the vodka-based cocktail, while the Break-fast Martini at New York’s Russ & Daughter’s Café features Beefeater gin, jam, lemon juice, egg white, Pernod absinthe and Angostura bitters (clearly, adding jam to a cocktail is an easy way to transition it to the breakfast menu).

A subset of consumers is also interested in breakfast dishes infused with alcohol, according to Datassential’s MenuTrends Keynote Report on breakfast. Twenty-three percent of consumers either “love” or “like” the idea, and Millennials are twice as likely to “love” the idea. Look for rum (up 19 percent on breakfast menus in the past four years) or bourbon (up 221 percent) to continue showing up on more breakfast menus in the future, such as in bourbon syrups and sauces over pancakes, or bananas caramelized in rum over French toast for an indulgent take on bananas foster.

Trends in Alcohol Trickle Down 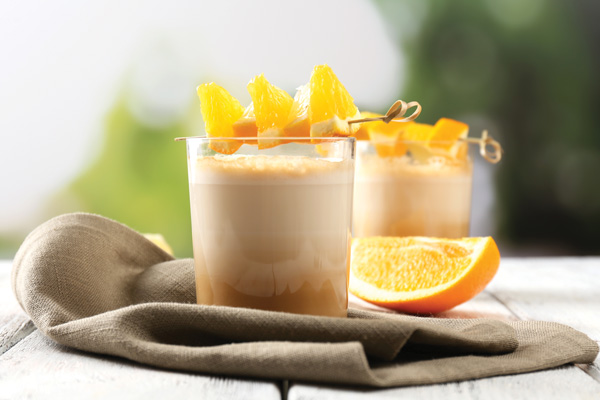 Of course, the low alcohol and serious mocktail trends have a natural fit on the breakfast menu. Modern baristas are sometimes indistinguishable from bartenders, creating elaborate coffee-based beverages using specialty equipment, house-made nut milks and flavored simple syrups. At Milktooth in Indianapolis, named one of the Best New Restaurants in the country by Bon Appetit this year, the House Specialties coffee menu features drinks like the Daughter of Zeus, with espresso, cascara chai, pomegranate and smoked nutmeg; and The Notorious F.I.G., cold-brew coffee with fig-amaro simple syrup and a shot of milk. And a number of third-wave coffee shops across the country are clearly inspired by hip bars. New York’s Everyman Espresso serves a non-alcoholic Espresso Old Fashioned with espresso, simple syrup and bitters, shaken and served in a coupe glass with a lemon peel, while Charleston, South Carolina’s Black Tap Coffee serves a Black Julep with muddled mint and honey.

Meanwhile, house-made juices and sodas may feature herbs, fresh syrups and trendy ingredients like turmeric or hot peppers, and can do double-duty as mixers on the alcoholic side of the menu. At the aforementioned Russ & Daughter’s Café (named one of the Best Breakfast Restaurants in the Country by Travel & Leisure), house-made sodas include a Cucumber Soda with jasmine, anise, dill, fennel and lime, and a Cream Soda with vanilla bean-infused demerara sugar.

Take your Morning Menu to the Next Level

As the presence of premium beverage options increases on menus overall and breakfast continues to be an area of innovation and evolution within the industry, taking the morning beverage menu to the next level can help many operators turn breakfast and brunch into one of their most important meals of the day. For beverage and breakfast data and research customized for your operation, contact Datassential for information about our MenuTrends database, MenuTrends Keynote Reports, TrendSpotting Reports, and more.

This article has been provided by Mike Kostyo, publications manager at Datassential, a leading consulting firm and supplier of trends, analysis and concept testing for the food industry.