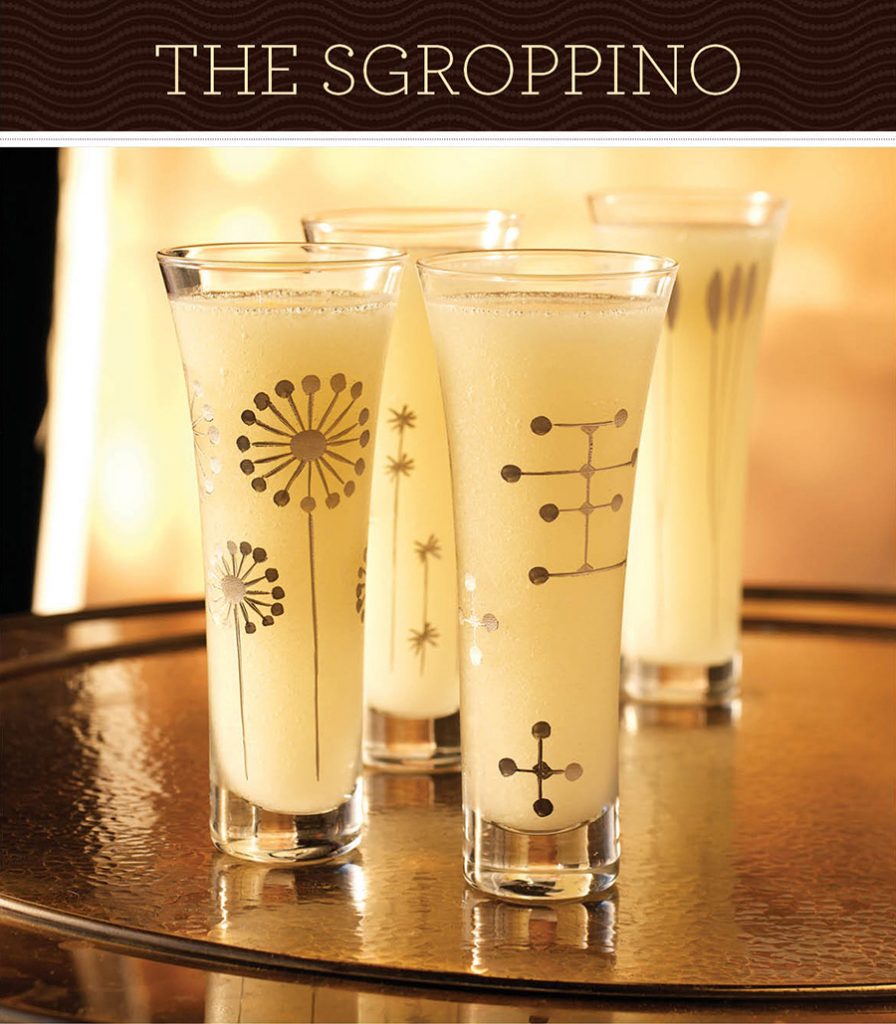 Whenever George finds himself in Las Vegas, he always tries to make time to eat at one of his favorite off-The Strip restaurants, Nora’s Italian. Last time he was there, George met Gaston, who works behind the bar and who made one of the best Negronis George ever had.

“George, how’ve you been, my friend?” Gaston asked, as George settled onto his bar stool.

“I’m great, thanks, but I’ll be better once you make me one of your wonderful Negronis,” George replied.

“Coming up!  We also have the bone-in veal chop tonight, if you’re hungry,” Gaston said, as he handed George a menu and began making his Negroni. 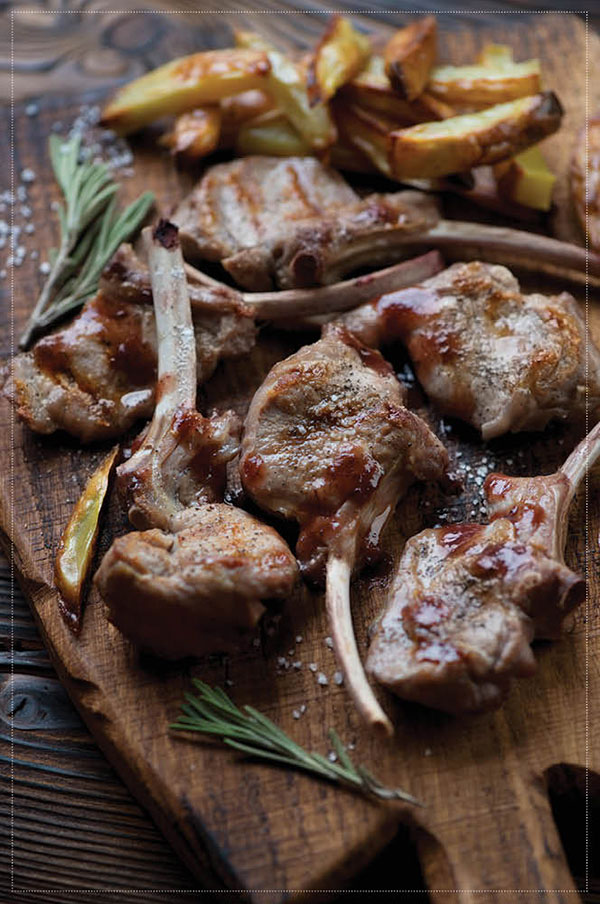 George looked over the menu but already knew he would be having the veal chop, and the only decision would be what else he would order to accompany it. Gaston handed George his cocktail and a bowl of their house-made potato chips.

“Any questions?” Gaston inquired.
“I think I’ll start with the arancini, followed by a Caesar salad and the veal chop parmigiana, with a side of spaghetti alla puttanesca,” George requested.

“I hope you’re hungry! Anything else?” Gaston joked.

“Yes: a bottle of Tignanello and two glasses,” he responded.

The arancini were crispy, gooey and went perfectly with George’s Negroni. His Caesar salad arrived just as he finished the cocktail. 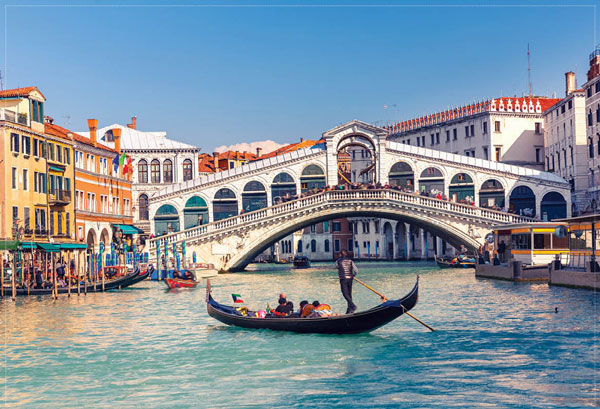 “Ready for the Tig?” Gaston asked. “It should be amazing with your veal chop.”

“Absolutely, and make sure you pour yourself a glass,” George replied.

The veal chop arrived in all its glory, cooked perfectly with a Parmesan cheese crust, and the side of spaghetti alla puttanesca, with anchovies, olives and capers was a meal in itself. As Gaston suggested, it went great with the big, rich, fruity Tignanello. As hungry as he was, he realized he might have underestimated the amount of food he ordered, as he finished the last bite of veal.

“Nice job,” Gaston commented. “Did you save room for dessert?”

“Amazing meal but I’m stuffed. I don’t think I could eat another morsel!” George submitted.

“Let me make you a Sgroppino; it’s a digestivo that was created in Venice. It loosely translates to the ‘little un-knotter’ and is meant to ‘un-knot’ the stomach after an enormous, rich meal,” Gaston explained.

George watched as Gaston put lemon sorbet, vodka and Prosecco into a stainless steel bowl, whisked it into a smooth, creamy consistency and poured it into a pair of chilled Champagne flutes.

George found it to be sharp and refreshing – it cleansed the palate and helped settle his stomach, but mainly it was just plain delicious. “This is the perfect ending to a wonderful meal. Thank you so much for introducing me to the Sgroppino,” George proclaimed. 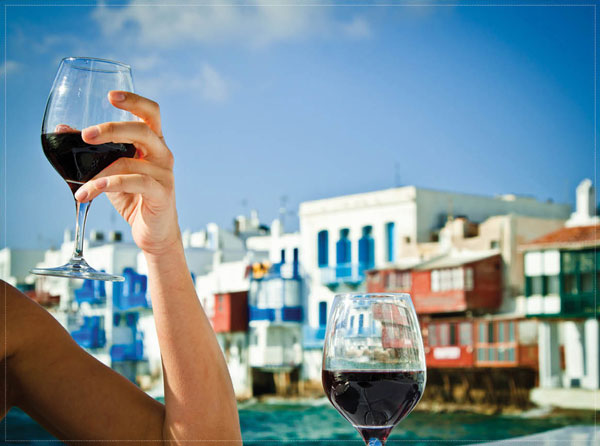 George finished his drink, paid his check and thanked Gaston for his wonderful hospitality.

“See you next time you’re in town, and if you find yourself in Venice, make sure you drink a Sgroppino for me,” Gaston expounded.

George had no plans to be in Venice anytime soon, but being a bon vivant who loves Venice, Harry’s Bar and the newly-discovered Sgroppino – he thought, why not?

George checked into the Belmond Hotel Cipriani and took the water taxi to St. Mark’s Square. He headed straight to Harry’s Bar for a Bellini and a plate of Carpaccio.

“Ciao, Claudio! How are you, my friend?” George greeted the barman.

“George! Good to see you. Let me get you a table,” Claudio welcomed him.

“I’ll have a Bellini and Carpaccio, per favore,” George requested. It felt good to be back in Venice, sitting inside the famous Harry’s Bar, drinking a Bellini. George realized how fortunate he was to be able to experience so much of what life has to offer.

“So what brings you to Venice?” Claudio inquired.

“I missed you and your wonderful Bellinis,” George joked. “And I’m in search of the city’s best Sgroppino.”

“For Sgroppino, you need to go to Taverna San Trovaso in Dorsoduro, just over the Grand Canal,” advised Claudio.

George thanked Claudio and finished his Bellini. Then he headed out on the short walk to find Taverna San Trovaso, for a late lunch and the famous Sgroppino. Just over the Accademia Bridge, George located the restaurant. After being greeted by the maître d’, he was escorted to a table, presented with a menu, and he ordered his first drink.

The waiter brought him his Spritz and took George’s dinner order. “For the antipasti, Caprese di Bufala; then Spaghetti alle Seppie Nere, for the primi; and then, the Branzino,” George requested.

George had finished the salad and the spaghetti with cuttlefish, when the waiter returned to check on him. “Come è tutto?” inquired the waiter.

“Fantastic! Can I have a Sgroppino before the sea bass, per favore?” George inquired.

The Sgroppino arrived in a chilled Champagne flute, and with the first sip, George understood the perfection of this simple drink. It immediately refreshed his palate, invigorated his appetite and proved to be the ideal intermezzo.

George finished his wonderful lunch with a final Sgroppino and walked back to Saint Mark’s Square for the short boat ride back to his hotel, where a much-needed nap was in his future. He knew he would sleep contentedly knowing he had discovered the birthplace of what would surely become one of his favorite new libations. Grazie, Venice!

In a mixing bowl whisk sorbet until smooth, add vodka, limoncello and cream, and continue to whisk.  Add chilled Prosecco and stir to blend completely. Transfer to a pitcher and serve in well –  chilled Champagne flutes. Garnish with a small sprig of mint or fresh lemon zest.