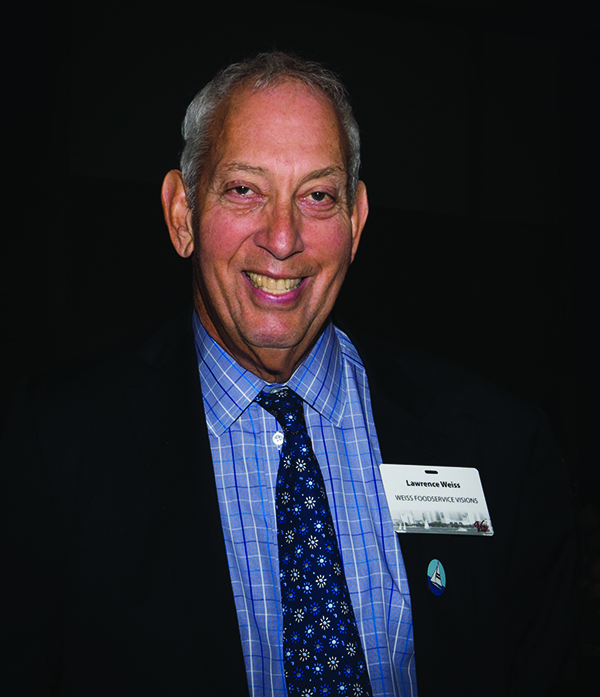 MR:  My first question is probably an obvious one: Why the move from Las Vegas to San Diego?

LW:  The move to San Diego was really dictated by the people who attend the conference. They attend for various reasons, but there are two main reasons in my mind. One is the educational value. We spend a lot of time on this. All of the subjects are decided upon by the VIBE advisory council (VAC). Sometimes we get speaker suggestions but most of the time that falls on my shoulders.

The other key component is networking. In Las Vegas, our networking started to erode about three years ago. It really accelerated when we moved to the Palm. There was no foyer outside the meeting room, just a casino and a bar; it was not conducive at all. Because of the physical layout of the available rooms, the cocktail parties ended up in venues intended for entertainment, which restricted the set-up options for enhancing the networking opportunities.

Here, we start with the four walls and we’re able to place the bars where we want, creating a positive effect on the traffic flow. We can’t produce this conference without sponsor support and the sponsors’ major concern is ROI – in other words, the quality of networking.

Places like Encore, Wynn that have the right facilities require 2-3 times as much as we were spending on food and beverage at this conference. So we are going to be in San Diego, it appears, for at least three years. We are in the final stages of negotiating with the Sheraton Marina. The actual dates of the 2017 VIBE conference are February 28th and March 1st, Tuesday and Wednesday, but we want the attendees to come the day before, to attend several pre-conference activities such as the ABI meeting and the CORE event.

LW:  I start on the next one before this one even begins. I have a folder with potential program ideas and enhanced networking opportunities, which I will review with our VAC in mid-March. From an official standpoint, we get into high gear in April and complete the entire program structure by July 1. The program agenda and most of the speakers are confirmed by then. In September, we get into high gear to solidify the sponsors and attend to all conference details such as registration, room blocks, sponsor support, AV needs and speaker session development. 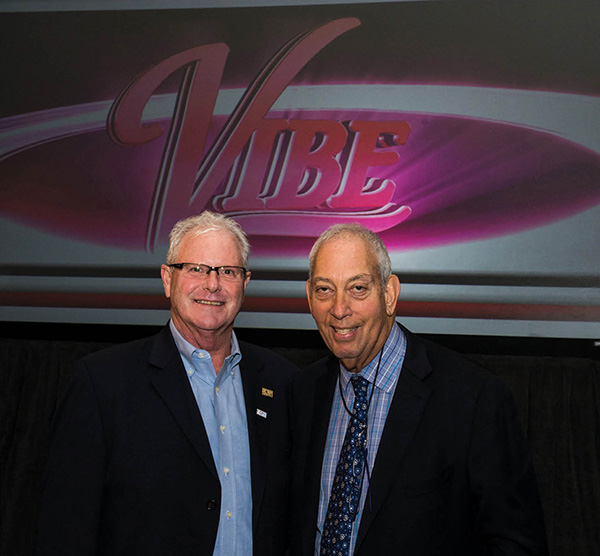 MR:  What have you heard about having it so early in the year? Why are you moving to the end of February?

LW:  The first thing is the extra stress on the VIBE team. Crunch time for registration, finalizing numbers with the hotel and speakers finalizing their AV needs all coincide with the two weeks during Christmas holidays, and it’s difficult to complete details. Also keep in mind there are two staff people dealing with 102 sponsors, most of which are beer, wine and liquor suppliers. All of their products for the event have to be confirmed and re-confirmed; the distributors have to organize and deliver them with specific delivery times. The storage/workroom is a well-oiled machine with shelving everywhere, organized by event and by each bar location at that event. The staff organizing the cocktail parties is given the task of showcasing each sponsor’s products. After months of planning for maximum product placement, it normally takes 10-12 hours to set up and take down these big events. This year, with rooms being shared for general sessions as well as for the big cocktail party, the staff only had 4-5 hours, which resulted in extra expense for more staff and equipment. It isn’t effective to have this type of room usage.

MR: You can tell, by just sitting here in this foyer area, that it is a much more business-like atmosphere here than the casino. It was so loud you could hardly hear yourself talk with all the slot machines and what have you.

LW: There are several issues that make the casino setting poor for this conference. The smoking issue is always addressed when we receive feedback from the attendees. Certainly, networking space in a foyer setting where it is quieter, professional and allows our sponsors to showcase their products, is much preferred.

MR: One last question: What were you trying to achieve this year versus last year? What were your goals, what areas did you want to improve upon?

LW: It was several things. Number one was the hotel. The physical layout of the hotel is a critical element of structuring the networking. Number two was the networking breaks themselves. We used to have 15 minutes between workshops; we’re now at a half-hour. We’re starting our cocktail party earlier so that people can go out to dinner. That was always a problem in Las Vegas. We didn’t finish the cocktail party until 8:30 and by then, half the people had left to go to dinner.

This year there were the modifications to the programs: I would say the major change was going back to our 16 workshops, instead of 12. The workshops are really the take-aways, the actionable information. The keynoter is more motivational and sets the tone for the meeting. I think he (former CEO of Southwest Airlines Howard Putnam) did a wonderful job, especially customizing his presentation with all the beverage references that he put into it – that holds this group’s attention.

The general sessions included two awards ceremonies and a presentation by Technomic, giving “insights” into what the operators should really be looking at to improve their beverage business. We’ve begun to have David Commer do an annual “thumbs-up/thumbs-down” at the end of the conference. It’s business, but it’s entertaining and it offers audience participation through the VIBE app, where they can ask questions.

The overall organization of the conference is tweaked on a yearly basis, using feedback we hear during the conference, comments from the post-conference survey and input from the VAC. It’s very much a team effort: Donna Bruns handles the operations and we are copied on many of each other’s communications throughout the year to keep all issues covered. The critical issue is to keep the information provided current and pertinent to these multi-unit beverage executives, while insuring all sponsors showcase their products and have the ability to network.