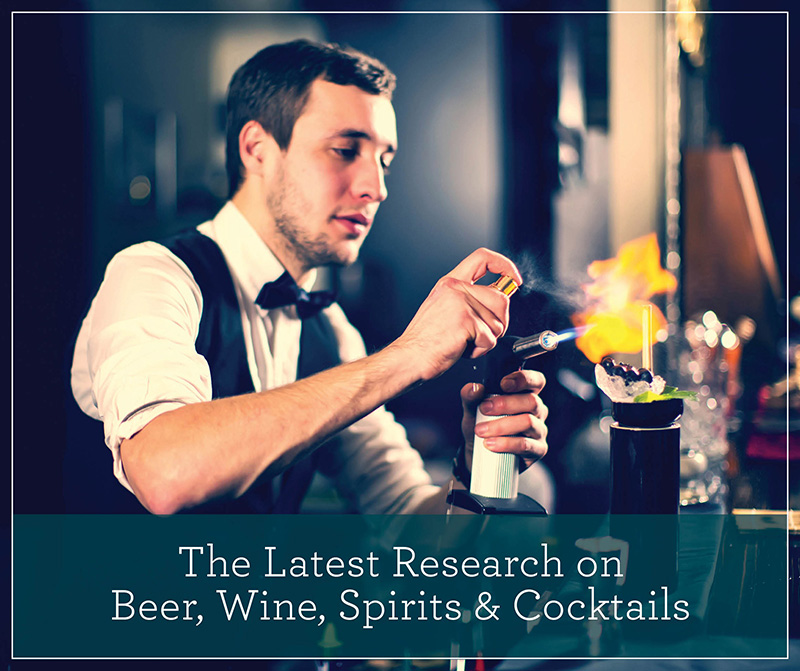 What’s trending, what bars and restaurants are menuing, what consumers are drinking – and what they want to drink.

The drink menu has been anything but stagnant in the past decade. Craft beer has sent shockwaves through the market, and beer types, flavors, and brands have risen and fallen in importance and popularity, from IPAs to session beers. The consumer has become more wine-savvy, changing the fortunes of particular brands, countries or varietals. Craft cocktails have skyrocketed, spawning mini trends like tiki bars and artisan bitters, while driving prices sky-high. The distilled spirit category has seen the phenomenal growth of Whiskeys, Bourbons and Scotches, while global spirits like Mezcal have gone from low consumer awareness to the entire focus of some new cocktail bars.

These changes have kept the category interesting – and sales growing – but it also makes it hard to truly understand the state of the alcohol market. What are your competitors menuing? What should you be menuing? To truly understand the state of the drink menu, Datassential devoted its latest MenuTrends Keynote Report to alcoholic beverages. We surveyed over 1,000 consumers and 300 operators to understand purchasing motivations and barriers, the flavors and varieties that consumers love, brand importance, and so much more. We combined that data with insights from MenuTrends, our trend-tracking menu database, to show you what’s already on menus and what’s trending. This is the hard data – the real numbers behind the trends.

Understanding what is already on menus tells you what your competitors are offering and what consumers are seeing when they dine at restaurants. Over half – 60 percent – of all restaurants in the U.S. have alcoholic beverages on the menu, a figure that jumps to 98 percent for fine dining restaurants and 91 percent of casual restaurants. Beer, however, is more common at casual restaurants: 85 percent serve beer, compared to 70 percent of fine dining restaurants. Of those restaurants that offer beer, three-quarters have a light beer on the menu, while ales, lagers and IPAs are also commonly menued. It makes sense to devote a healthy percentage of the drink menu to beer; operators said beer accounted for nearly half of their alcohol sales.

Understanding what is already on menus tells you what your competitors are offering and what consumers are seeing when they dine at restaurants. 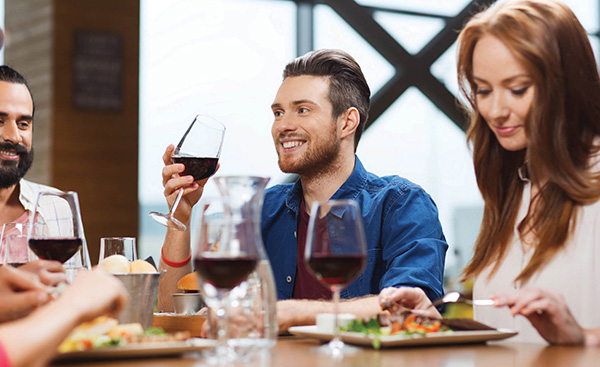 Wine, on the other hand, is more prevalent at fine dining restaurants: 96 percent feature wine, versus 78 percent of casual restaurants. In particular, white varieties like Chardonnay and Pinot Grigio are among the most commonly menued wines.

Whiskey and its regional variations are among the top menued distilled spirits on bottled alcohol menus. Irish Whiskey has grown particularly fast, up 34 percent in the past year. In mixed cocktails, Vodka is still the most prevalent base spirit but white Whiskey is growing fast, due in no small part to the huge number of new varieties hitting the market (often from young distillers without an aged product to sell). White Whiskey has grown 63 percent on cocktail menus in the past year.

The number of movie-inspired cocktails has also been growing on menus in recent years. “Retro cocktails, like the Blood and Sand from Rudolph Valentino’s 1992 movie, and the Vesper, James Bond’s drink in ‘Casino Royale,’ have grown by over 40 percent over in the past year,” says Datassential Project Director and report author Jennifer Aranas. 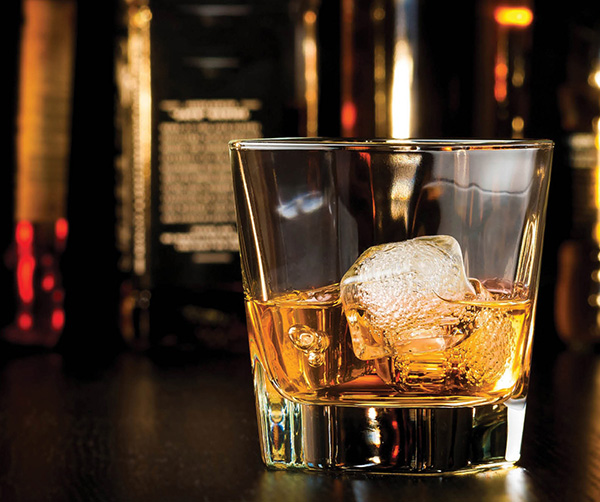 What are Consumers Drinking? 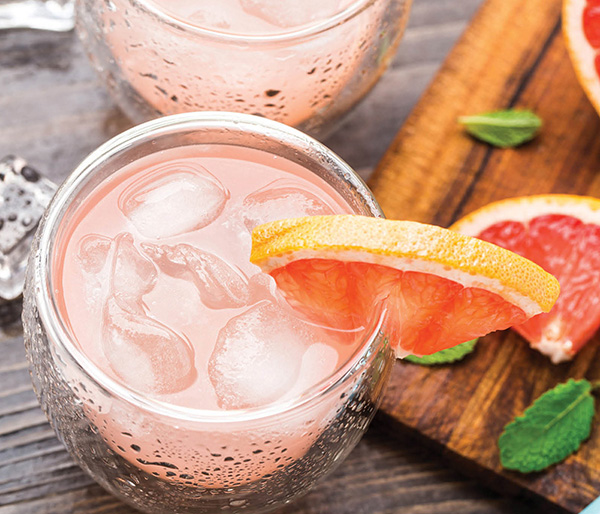 While non-alcoholic beverages are certainly the most-consumed beverages in the U.S., 16 percent of consumers drink a beer on any given day, while 13 percent drink wine and 9 percent choose a cocktail. In fact, daily beer consumption surpasses a number of popular coffee drinks, including specialty coffee and iced coffee. Overall, 76 percent of adult consumers drink some type of alcohol and one-fifth have had an alcoholic beverage in the past day.

When choosing an away-from-home alcoholic beverage, food plays a big role. Consumers overwhelmingly say their last alcoholic beverage was paired with a meal, compared to occasions like parties, happy hours, or “girls’/guys’ night out.” While consumers generally consume an alcoholic beverage in the evening, afternoon consumption isn’t uncommon, particularly for lighter alcoholic beverages like beer and cider – a potential opportunity for a wide variety operators, from fast casuals to fine dining.

At Datassential, we organize trends on a Menu Adoption Cycle (MAC) that spans from Inception (very new and trendy, on few menus) to Ubiquity, and Inception-stage spirit and liqueur trends are moving along the MAC quickly. While Sloe Gin is still in Inception, it’s also the fastest-growing liqueur variety on bottled alcohol menus, up 45 percent in the past year; innovative varieties like Aperol (up 17 percent) and Ouzo (up 11 percent) are also growing. As the trend cycle moves faster, focusing on innovative trends becomes more important in order to keep up with consumer tastes.

As the (MAC) trend cycle moves faster, focusing on innovative trends becomes more important in order to keep up with consumer tastes. 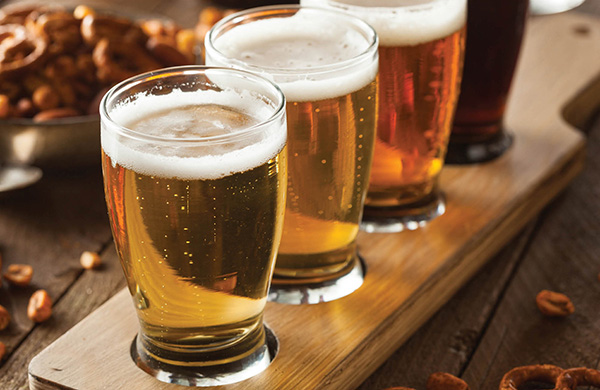 If the tiki trend feels like it’s waning, maybe it shouldn’t: It was the top MegaTrend we tested with consumers. Thirty-four percent of consumers said they were interested in tiki cocktails and the trend particularly resonates with women, Millennials and Gen Xers.
Tiki drinks – think Scorpions, Mai Tais, Singapore Slings and Zombie Punches – most commonly feature Rum, which is generally mixed with a sweet, fruity flavor and sometimes served in a unique or unusual drinking vessel. Twenty-eight percent of consumers said they love Daiquiris, second only to Margaritas, and 23 percent say they love Rum. As seasonality continues to impact drink menus, these tropical cocktails should be a top consideration for summer specials.

Surprisingly, while sweet dessert cocktail beverage shots also scored high in consumer interest – 30 percent of consumers are interested – so did skinny cocktails, which tied with the shots. Including both on the menu can create a well-rounded selection that resonates with consumers. Skinny cocktails can attract health-conscious consumers (the same consumers fueling the rise of healthy fast casuals and functional foods) while dessert cocktail shots can act as a check-boosting final indulgence.

Taste far outweighs all other attributes, even cost, for consumers choosing a wine. In fact, 84 percent of consumers say that wine taste is important to them, and flavor attributes like style, sweetness and aroma are important to half of wine drinkers. Yet some consumers are still intimidated by wine. A quarter of consumers said they “don’t know much about wine,” and one-fifth say limited knowledge kept them from ordering wine. Clearly, wine education is important to increasing sales; flavor descriptors, samples and suggested pairings may help mitigate consumer uncertainty.

What else does the report mention? 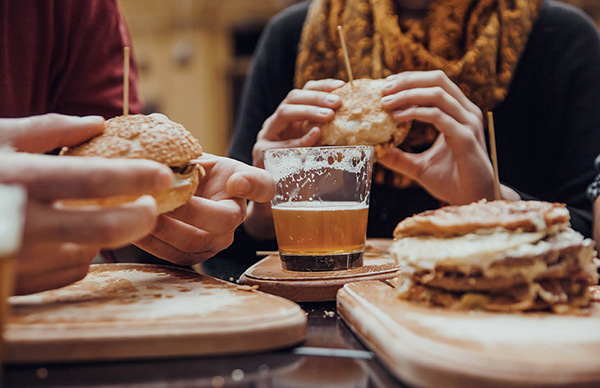 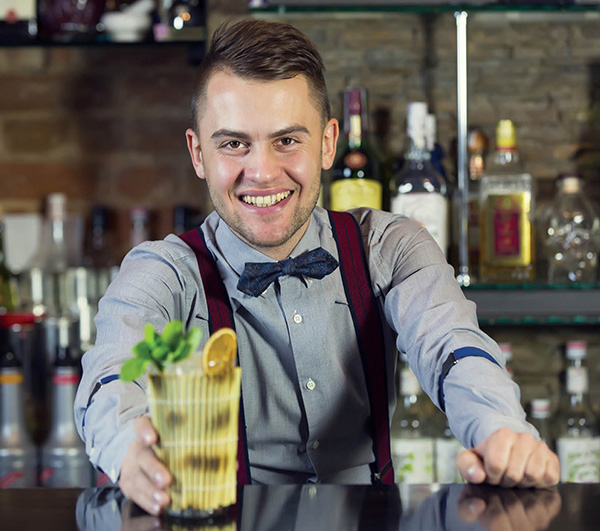 This is only a sneak peek at this nearly 200-page report. It truly covers it all – brand importance, barriers, when and where alcohol is purchased, consumer perceptions, unique beer varieties and beer cocktails, pricing for every category, flavor and trend interest, challenges, and innovations within the segment. If having the foundational data to inform and back up your drink menu decisions matters to you, contact Datassential for the full MenuTrends Keynote Report on alcoholic beverages. “It’s fascinating to how see how consumer preferences align with what we see in restaurant alcohol trends,” says Aranas.

This article has been provided by Mike Kostyo, Publications Manager at Datassential, a leading consulting firm and supplier of trends analysis and concept testing for the food industry.