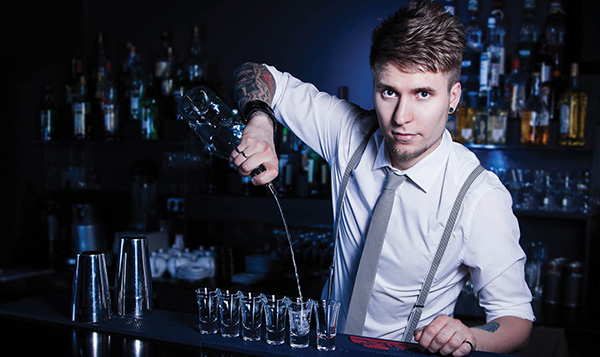 There is no legal requirement that an employer adopt a dress or appearance policy, but many restaurant and hospitality employers are looking to create (or maintain) a certain image. Employers may dictate uniform requirements and expect a certain style, which goes beyond wearing uniforms.

Some employers are hesitant to impose strict guidelines for fear of encroaching on employees’ freedom of expression. But having no guidelines is often not an option either. Having a policy in place before a tattoo, haircut or head covering becomes an issue can help protect a company’s public image, promote a productive environment, comply with health and safety standards, and even prevent claims of discrimination and harassment.

Policies Should Cover Everything …

The policy should require that all employees present a professional and well-groomed appearance, and it should address good hygiene, uniforms and safety-related attire. Employers can set limits on tattoos, piercings, gauges and extremes in dress, jewelry, and hairstyles but many employers have found a zero-tolerance policy too strict. Many employers permit body piercings or tattoos with limits on the number, size, placement, content or visibility. In the final analysis, your policy should articulate what is permitted and prohibited. Then enforce it consistently.

… But Allow Some Exceptions To Peek Through

While an employer may require all workers to follow a uniform dress code, it must not treat some employees less favorably because of their national origin. For example, a dress code that prohibits certain kinds of ethnic dress, such as traditional African attire, but otherwise permits casual dress, may face a legal challenge for discrimination.

In a recent high-profile case, a retailer settled cases involving Muslim female employees who were either not hired for or were terminated from sales positions because they wore a headscarf. The retailer required its employees to comply with its “Look Policy” that prohibited “caps” to be worn, but did not mention other headgear.

A restaurant cashier claimed she was discharged because her religion, Christian Pentecostal, forbids her from wearing slacks. The restaurant was accused of refusing to allow her to wear a skirt instead of the uniform pants.

A restaurant chain paid a server $150,000 after terminating him for having visible tattoos. The employee’s sect believed that tattoos symbolized its devotion to its creator. The restaurant’s objection that it wanted an all-American look did not trump the religious objection.

Buttoning It All Up

While employers still retain wide latitude, practical, social and legal factors require careful preparation of appearance policies, as well as consideration of such requests for accommodation that might have been readily (and safely) dismissed several years ago.