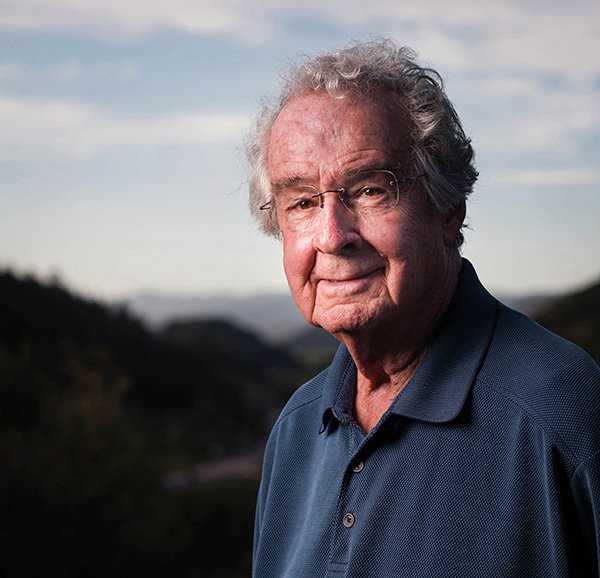 Fourty Years after the Judgement of Paris

It is called “The Shot Heard Round the World,” but none of the three key individuals who helped create it had any idea that it would change the world’s landscape of wine forever.

Steven Spurrier was an Englishman who had opened a retail wine shop in Paris, and started giving classes and holding tastings as a way of generating traffic and attention for the shop. He’d been impressed with some of the wines coming out of California, and later thought it would be fun to see how they compared to top wines from France.

George Taber was an American journalist based in Paris. When Spurrier invited him to attend the tasting, Taber was sure that his schedule wouldn’t allow it. But in the end, he was able to observe the distinguished group of French wine experts that Spurrier had assembled to blind taste the wines.

Warren Winiarski was a University of Chicago graduate student when he spent a year of study in Naples, Italy. That experience convinced him to pursue life as a winemaker. He landed a job as an apprentice at Souverain Winery in 1964, before Robert Mondavi asked him to be his winemaker in 1966 at his new winery. In 1970, Winiarski bought a carefully selected 50-acre prune orchard in the Napa Valley, which he turned into a vineyard. He planted Cabernet Sauvignon and Merlot vines and later began making wine at his newly founded Stag’s Leap Wine Cellars. 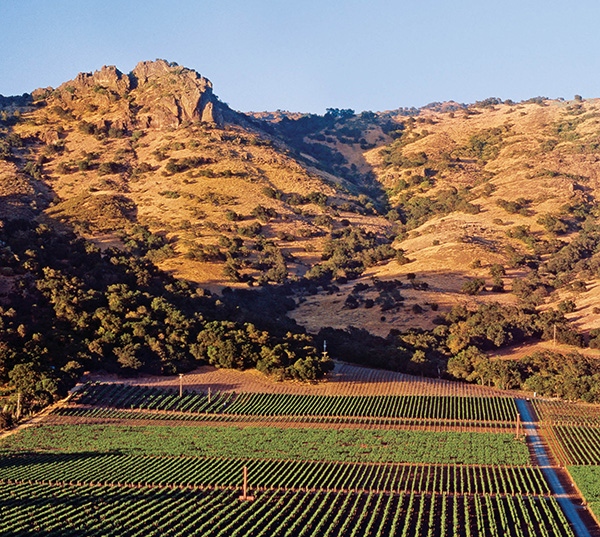 The Fay Vineyard at Stag’s Leap

And so in May of 1976, writer Taber watched and listened as some of the top wine experts in France tasted through some of the best red wines of Bordeaux and California, at the InterContinental Hotel in Paris. And when Warren Winiarski’s Stag’s Leap Wine Cellars Cabernet Sauvignon came out on top, Taber wrote an article that was published in Time magazine, first to national and then to international attention.

“At the time, I don’t think we fully understood all the implications of the tasting,” remembers Winiarski. “When Steven Spurrier called us, my wife Barbara took the call. She turned to me and said, ‘Do you remember the wine we sent to Steven Spurrier for the tasting in Paris? Well, we won!’” 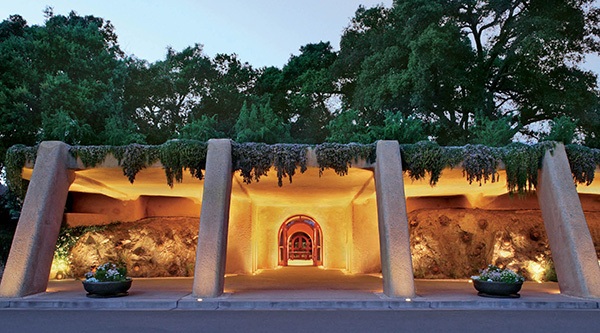 A view of the Arcade of Stag’s Leap.

Winiarski recalls being unimpressed. “I think I said something like, ‘Well, that’s nice,’ to her,” Winiarski continues. “It was only after George Taber’s story appeared that the result of the tasting really had an impact, and that’s when it really hit us. We learned of the experience and competence of the tasters, and more importantly, we learned the stature of the French wines in the tasting.”

A bottle of that award-winning 1973 S.L.V. Cabernet Sauvignon wine is now on display at the Smithsonian’s National Museum of American History in Washington, D.C. In its November 2013 issue, Smithsonian magazine included this bottle as one of the “101 Objects That Made America.” Other items chosen for this historic list included Neil Armstrong’s space suit, Abraham Lincoln’s top hat, Charles Lindberg’s Spirit of St. Louis, and Lewis and Clark’s compass. History making, indeed. 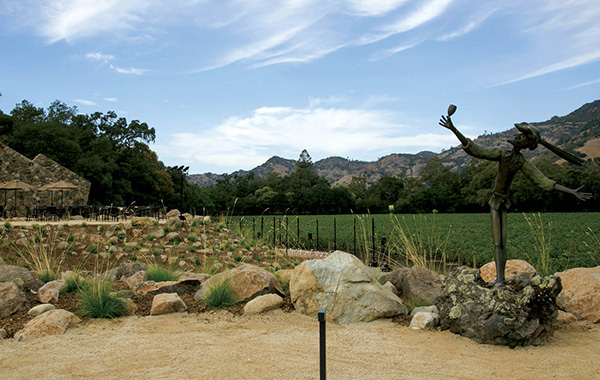 The Judgment of Paris, as it came to be known, forever established the Napa Valley on the world stage and inspired the hopes and dreams of an entire generation of California winemakers. That victory was not a coincidence but was the result of Winiarski’s rare combination of a clear, artistic vision with a painstaking attention to detail, which made such vision not only possible but inevitable.

“It was my dream to make beautiful wine in the Napa Valley,” says Winiarski. “With my very first taste of Fay Vineyard 1968, I realized that it could be done – it had been done. I wanted to create wines that captured a sense of balance and proportion, wines that combined concentration with elegance – an iron fist in a velvet glove. That’s why I chose to plant my vines and my dreams in the Stag’s Leap District. And when my Cabernet Sauvignon won the 1976 Paris tasting, I could say that I had done it, too.”

Winiarski was a key member of a great generation of California winemakers who transformed not only the wines of California but also, consequently, the world. They not only made great wines but they also led the world to a new understanding of the importance of viticulture and appellation of the Napa Valley. Winiarski was part of the effort to create the first agricultural preserve in the nation – the Napa Valley.

“In the 1960s, we won the fight to have the historic 1968 Ag Preserve Act passed in Napa County,” remembers Winiarski. “And then we had to work through the issues of labeling.” Winiarski was actively involved in the creation of the Stag’s Leap American Viticultural Area, and chaired the committee for the Napa Valley Vintners to develop and regulate the use of conjunctive labeling for the sub-appellations of the Napa Valley. The resulting legislation at the state level has served to guide other regions as they search for balance between the importance of name recognition and the identities of smaller regions with a distinct viticultural significance. 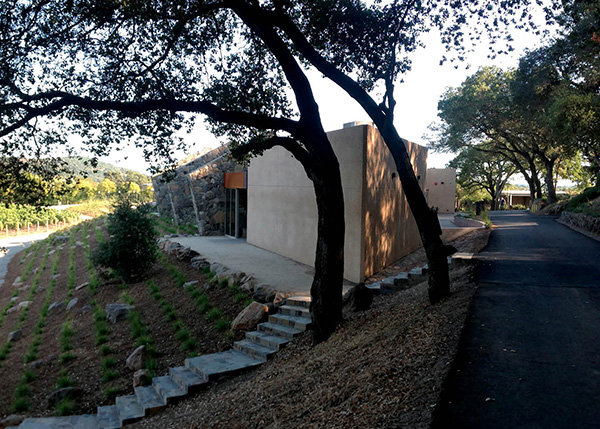 But Winiarski’s true impact on winemaking in California is far larger. His employment and encouragement of young winemakers mentored an entire generation of top winemakers in California including John Kongsgaard, Francoise Peschon, Nikki Pruss, Michael Silacci, John Williams and more than twenty other young enologists, who worked at Stag’s Leap Wine Cellars under Winiarski’s tutelage and then went on to found such wineries as Frog’s Leap and Kongsgaard, or to lead the winemaking programs at Opus One or Araujo. “Great wine requires an unwavering commitment to aesthetic proportion,” says Winiarski. “And the only way to achieve that is with vision and attention to detail. I think that was something I was able to pass on to some of them.”

His remarkable partnership with Barcelona architect Javier Barba broke new ground in the wine world when they collaborated on the design and construction of the new Stag’s Leap Wine Cellars Visitor’s Center and Tasting Room – a design that serves not to aggrandize the ego of the owner, but to blend seamlessly and uniformly into the environment that produces the grapes. The soil and landscape of the vineyard itself inspired the design of the building, and those buildings live in harmony and balance with the natural world of the vines on that site.

“We wanted this winery and visitor’s center to allow people to understand the relationship there,” says Winiarski, “particularly with the specific place that produces the wine. Javier, my son Stephen and I worked hard on that and I think we achieved our goal.”

With a bottle of his wine in the Smithsonian Institution’s Museum of American History, and his name and face among the legendary leaders in the Culinary Institute of America’s Vintners Hall of Fame, Winiarski has every right to be proud of his accomplishments. But that idea brings a smile to him. “You know, I don’t think any of us in that Hall of Fame were ever motivated by the thought that we were going to win some kind of honor or recognition. We were just passionate about wine on its own terms. We were trying to make beautiful and great wine, and being in love with that idea, we gave it our lives.” 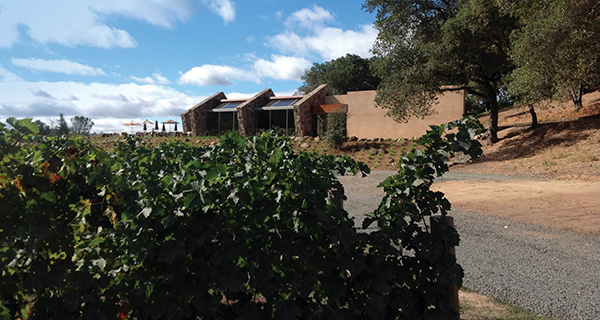