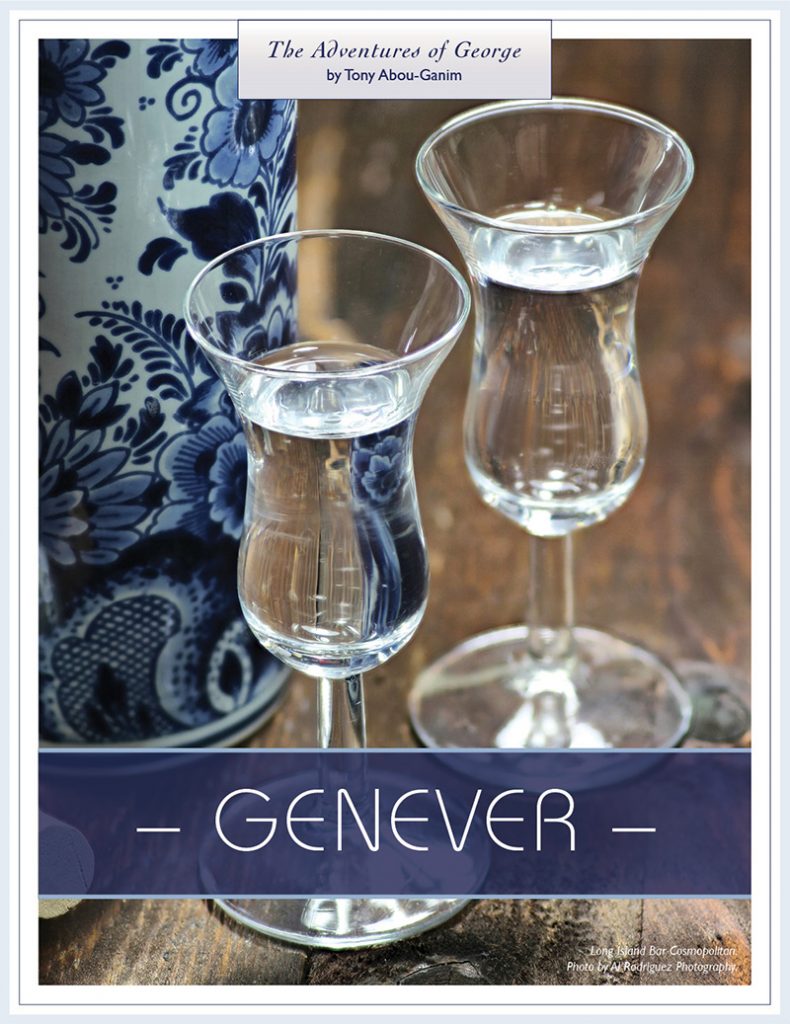 George, finding himself spending more and more time in Las Vegas, decided to check out the bar and restaurant scene downtown. His first stop would be Container Park, an open-air shopping center filled with several unique restaurants and bars for him to explore. Upon entering, he quickly stumbled into Bin 702, a small but well played-out wine bar literally housed in an old shipping container. As it was still early, George was able to locate a seat at the small bar and was swiftly greeted by the gentleman behind the counter.

“I’m Sonny, and welcome to Bin 702. We offer the most comprehensive selection of wine available on tap in Las Vegas. Here’s our menu.”

George perused the menu and decided on a half carafe of Spy Ranch Sauvignon Blanc, and the cheese and charcuterie board aptly named “The Bin.” His food and wine arrived quickly, and he found the wine to be light, fresh and crisp and the perfect accompaniment to the meats and rich cheeses. 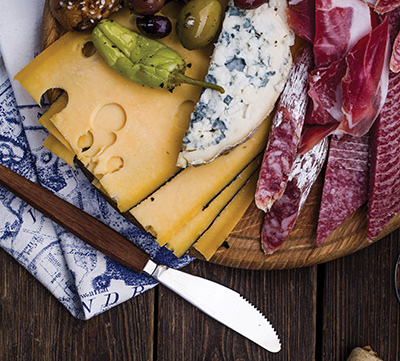 “Fantastic!” George proclaimed. “I love your place. Where do you suggest I visit next?”

“If you’re a cocktail fan, you need to check out Chris and Vito at Oak & Ivy,” Sonny replied.

George paid his check, thanked Sonny for his hospitality and recommendation, and began the short stroll to Oak & Ivy. As he approached, he couldn’t help but notice that virtually everyone gathered outside the tiny bar was wearing orange. He worked his way through the crowd and found a spot at the bar.

“No, my name is Chris. That’s Vito, and yes, you’ve come to the right place,” replied the barman.

“So why all the orange?” George inquired.

“It’s King’s Day, a national holiday in the Kingdom of the Netherlands celebrating the birth of King Willem-Alexander. Most of these folks are Dutch,” Chris replied. “Here’s our cocktail menu. We’re featuring the Holland House for the occasion.”

Just then, a couple dressed in orange squeezed up to the bar beside George and ordered drinks from Chris. George watched as he placed two small tulip-shaped glasses in front of them, which he proceeded to fill full to the very rim from a tall bottle, and set a Heineken next to each. George thought that the couple would surely spill some of the liquid if they attempted to lift the shots. Then he watched as they each bent over the bar and together, took the first sip without lifting the glass. They then picked them up, said “Proost!” and finished the remaining liquid, followed by the cold beer.

George could not help himself. “Hi, I’m George. What was it that you just drank?”

“I’m Anthony and this is Moniek, and we just shared a glass of Bols Genever with a beer chaser, a famous tradition in Holland called a ‘Kopstootje’ or a ‘little head-butt,’” he responded. “It is also known as a ‘slurp’ as that is the sound you make taking the first sip. Would you like to try one with us?” 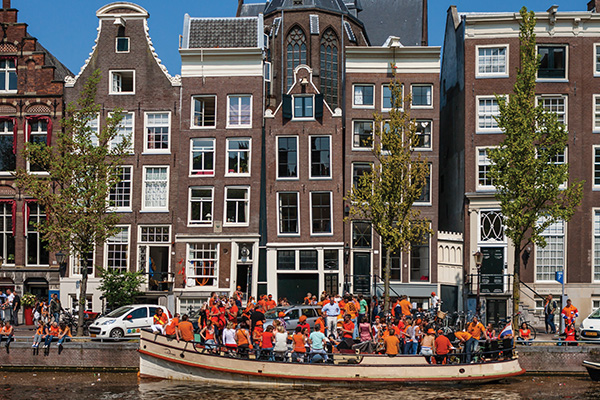 George, never before experiencing Genever, knew this was not an opportunity to miss. “Absolutely!”

He found the chilled Genever to be grainy and malty, almost like a young Whiskey but with notes of herbs, spices and juniper berries. The cold pilsner beer was the perfect companion to this newly discovered distillate.

“People really don’t understand Genever. They want to lump it in with Gin but it’s really a category of its own,” Anthony explained. “Gin is based on a neutral spirit where Genever is fashioned from a Whiskey-like distillate called malt wine.”

“To truly understand the beauty of Genever, you really need to visit the Netherlands,” Moniek added.

“One more round of Kopstootjes,” George requested. “Proost! And thank you for introducing me to Genever!”

George paid his check, thanked Chris for welcoming him at Oak & Ivy, said goodbye to Moniek and Anthony, and left with visions of drinking a Kopstootje in Amsterdam.

He arrived midday, checked into his hotel and thought a walk was in order, being mindful of the many bicycles that seemed to be everywhere on the streets of Amsterdam. After a brisk stroll taking in the sights of the city, George found himself in need of liquid fortification. As luck would have it, he found himself in front of a bustling establishment called Elsa’s Café. He spied an open section next to a couple of gentlemen who were about to partake of a Kopstootje. George could hear the “slurping” sound as he approached the bar.

“What type of Genever are you having?” George asked.

“This is Bols Genever. Ever had it?” replied the first gentleman, in a very English accent.

“Yes, as a matter of fact it is the only Genever I have ever tried,” George answered. “American?”

“Indeed. My name is Philip and this is Iain,” he replied. “Shall we try another ‘slurp’?”

Philip got the barmaid’s attention and inquired about the different types of Genever they served.

“The first one you had was from Bols, which is of the Oude variety. We also carry one from Ketel 1 that is a Jonge style,” she replied.

“Three more Kopstootjes coming up!” she said, with a smile.

“Proost!” George toasted as they leaned over the bar and “slurped” their Genever.

George found the Ketel 1 Jonge Jenever to be much lighter in style and not to have nearly the amount of malty character that the Bols contained. The three men’s conversation went on for several hours and involved many more “slurps.” George learned that Phil and Iain worked for Beam Suntory and were in Amsterdam to visit the Hooghoudt Distillery in Groningen, which not only makes some wonderful Genevers but also produces Effen Vodka. After one final Kopstootje, the jet lag finally hit George, and he knew from past experience that he was going to need to find his bed very soon.

“Thank you so much. I really enjoyed our visit and sharing a few ‘slurps’ with new friends, but I really need to return to my hotel,” George explained, reaching for the check.

“No you don’t – these are on us,” Iain insisted. “And if you want to learn more about Genever, I think you should join us tomorrow for our visit to Hooghoudt. The train leaves at 8:00 a.m.!”

“Fantastic!” George said enthusiastically. “I’ll be there at 7:00!”

The following morning, he located the train that would take him to Groningen, bought a ticket and found a coffee shop near the gate. He was working on a double espresso and a couple of Stroopwafels, a Dutch waffle cookie filled with caramel, cinnamon and vanilla, when he heard Phil’s voice. 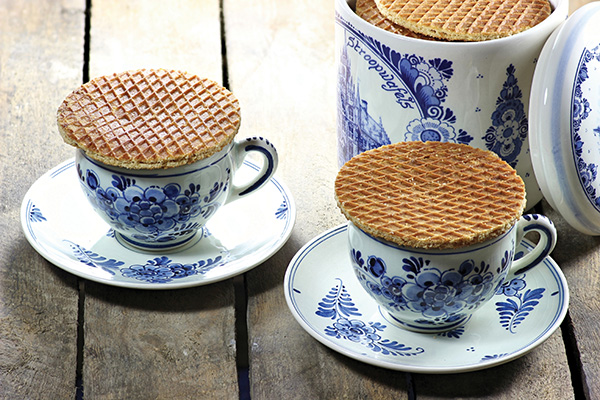 “Good morning. I need a big cup of that!” Phil declared.

After nearly three hours on the train, which they all took advantage of and grabbed a nap, they arrived and were greeted by Sander, the Export Manager for Hooghoudt, who would be their tour guide for the day. Following a short drive, they arrived at the distillery where they were given a tour of the facility, lunch and a tasting of both the Genever and the Effen Vodka.

“Genever is the predecessor to London Dry Gin,” Sander explained, “but it is a category unto itself that contains different styles, which are based on the amount of malt wine.”

He went on to explain that Jonge Genever consists of, at most, 15% malt, the remainder being a neutral grain spirit, and tastes more like Vodka. Oude Genever is an older style that is much maltier and must contain a minimum of 15%, to a maximum of 50%, malt wine. Then there is Corenwyn, which is the maltiest of them all and contains at least 51% malt wine.

George thanked his hosts for a wonderful and very educational visit, and boarded the train back to Amsterdam. Phil and Iain were staying the night but George was scheduled to fly out the next day, and he had made dinner reservations at Restaurant Greetje, which billed itself as a Hollandse Delicatessen (Dutch Delicacies).

After a quick shower and change of clothes, George arrived for his reservation and was immediately seated. He ordered a Kopstootje of Ketel 1 Jenever and Hertog Jan bier, which was served and poured at the table. Being famished from the day’s activities, he ordered the tasting menu, which included Dutch pea soup, crispy black pudding, pâté of deer, and a pork loin with sautéed mushrooms and a duck liver sauce, for the main course. He drank several more Kopstootjes, all of which were poured at the table, not wanting to spill a drop! He ended the meal with a cup of that fantastic Dutch coffee and an order of Groninger raisin bread, topped with melted caster sugar and whipped cream.

After such an amazing yet heavy meal, George decided he was in need of a walk. So after thanking his host for an amazing dinner, he paid his check and headed out for the hotel on foot.

When he was almost there, he spotted the Smoke Palace coffee shop and figured, why not? After all, when in Rome … George walked in, approached the counter and ordered a single joint of White Widow. Well, it had been some time since he had partaken of any Mary Jane and he did not remember it having the same effect on him that this did. George was grateful that his hotel was right around the corner and he would soon be safely in his bed. One more thing checked off his list!

George returned home the next day with a newfound respect for and understanding of this great Dutch spirit, as well as several bottles of Genever so he could share many Kopstootjes with his friends!

Add ingredients to a mixing glass and shake vigorously with large, hard ice cubes. Strain into a chilled cocktail coupe. Garnish with a freshly cut twist of lemon.