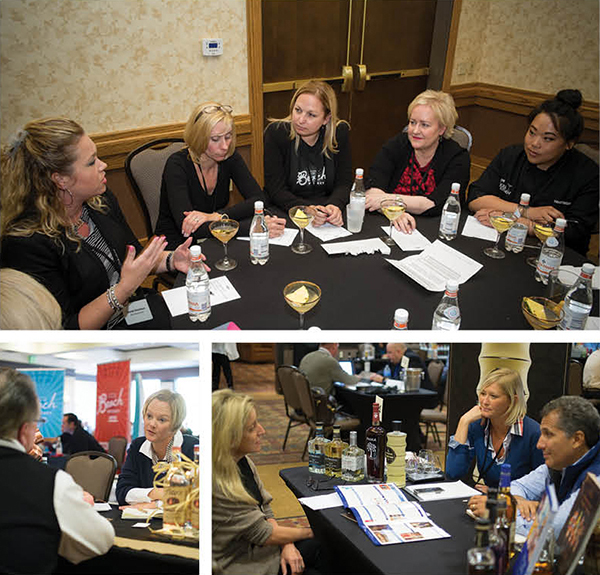 Yosemite National Park, home to the huge sequoia trees, beautiful waterfalls and world famous El Capitan, was the location of Hospitality Executive Exchange West (HEE). Tenaya Lodge was the host property and provided the perfect location to kick off 2016. When Jen Robinson, CEO/Owner of The Pineapple Group, which owns, manages and executes HEE, started this unique series of meetings six years ago, she had one goal in mind: relationships. She wanted a face-to-face style of interaction with a smaller group, made up of multi-unit operators and suppliers.

When Jen was asked why the program was called an “exchange,” she answered, “This program is exactly that – food & beverage professionals coming together to exchange ideas, insights and information, to help all of us become better every day at what we do. For the last six years, we have created a unique family. Together we accomplish successful ways of creating and developing new business models that are fresh, relevant and profitable, through our networking, one-on-one meetings and educational roundtables. You never know when a conversation is going to lead to a solution to a problem, your next business deal or a relationship that will lead to an exciting endeavor.”

HEE West 2016 was seamless from start to finish and definitely elevated the program to a new level of success. The conference was kicked off with a touching tribute to Chairman of the HEE Advisory Council, Teddy McAleer, who passed away in December 2015.

One of the highlights of the whole event was CutThroat Cocktails for CORE. It is a creative take on dinner with a show. After dinner, four teams of industry icons competed in several rounds of imaginative beverage creations. They presented them to the panel of three judges: Mike Raven, Editor of in the Mix magazine; Colleen McClellan, Director at Datassential; and Brian Yost, President On-Site Products, Live Nation Entertainment and CORE board member. 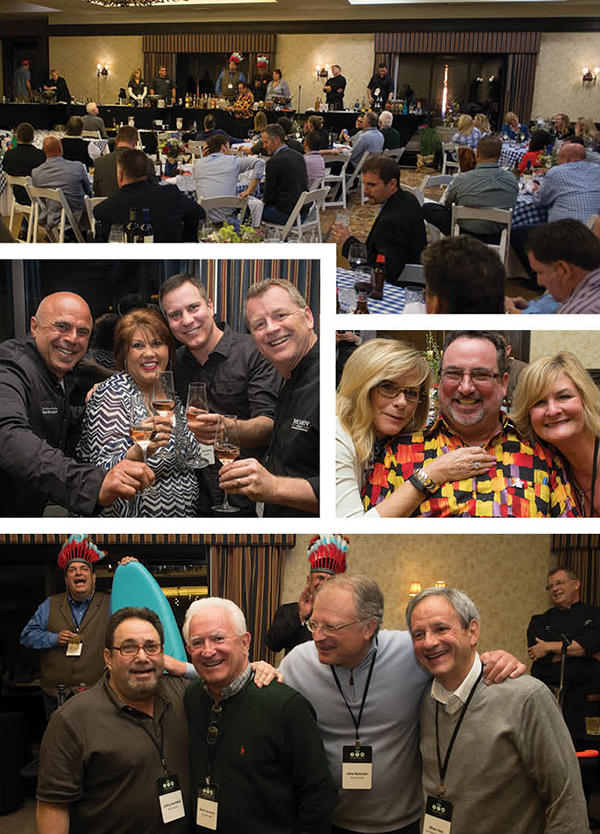 The audience was allowed to donate to CORE and booby trap the contestants with everything from wearing blindfolds to wearing monkey gloves.

The evening culminated with raising the total contribution to $70,500 for the Children of Restaurant Employees charity, CORE Gives. The winning team was Kathy Casey of Kathy Casey Liquid Kitchen and Michael Tolley, proprietor of Beverage by Design.

HEE and The Pineapple Group have been working to create a way to give back that matched their program, and with the help of Philip Raimondo, Beam Suntory, CutThroat Cocktails was created. Jen Robinson has been an avid supporter of CORE for many years, but she wanted to do more, and this was her way of doing something fun while raising some money for the kids. There were many companies and individuals who stepped up and pledged donations. One of the biggest highlights was when Bryan O’Rourke, CEO of Cardinal, Inc. pledged $10,000 if Robinson would serve as bar back to Team Tony Abou-Ganim. In total, O’Rourke pledged $18,500 to CORE for the night. 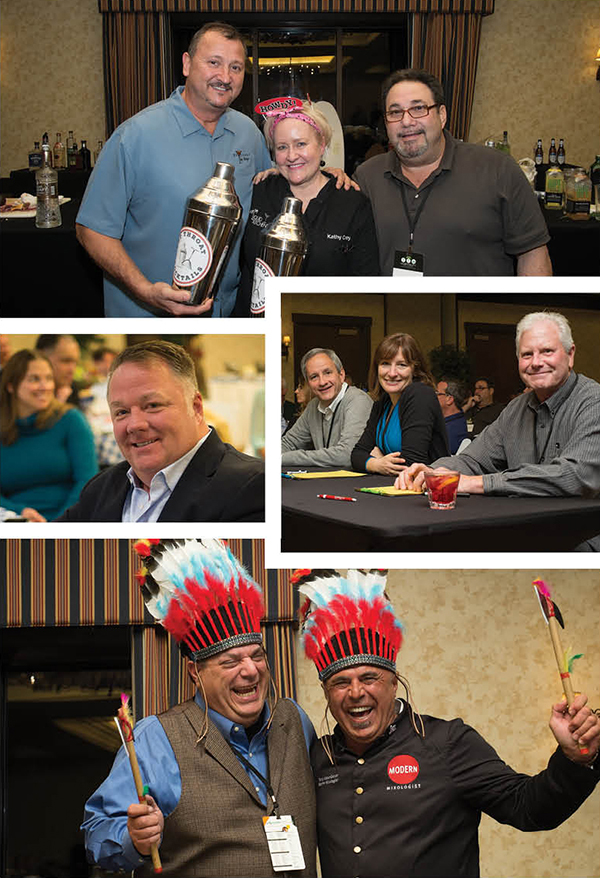 One huge surprise for HEE West participants was guest speaker Kevin Turner, Microsoft’s COO for 10 years. Turner gave an unforgettable “chat” at breakfast that definitely inspired and showed what hard work, a great attitude and remaining humble can accomplish. He is responsible for Microsoft’s worldwide sales, field marketing and services organization. Turner began his career as a cashier for Walmart in Arkansas. 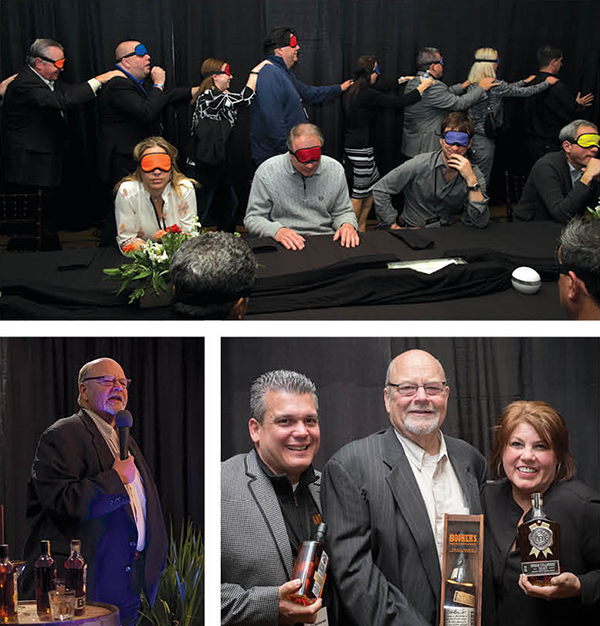 An Evening of Storytelling with Fred Noe, great-grandson of Jim Beam and seventh- generation distiller, capped off the program at the final dinner. The dinner was somewhat of an event in itself. Each person was blindfolded and led into a sensory dinner and tasting. It was extraordinarily executed, and with each course, the room was built through sight, sound, scent, touch and taste. By the time the blindfolds came off, not only were everyone’s senses heightened but also the room had become a showplace. After a phenomenal meal, Fred Noe came out to speak to the group and answer questions. His country-style, and often cursing, dialogue provided just the right touch for the evening. His stories were amusing and thought provoking, providing a look into the history and future of the Bourbon culture.

HEE West truly captured the essence of the topics relevant in today’s marketplace. The educational sessions included the opening general session led by Colleen McClellan of Datassential, who provided some up-to-date information on non-alcoholic and alcoholic trends facing us in 2016/2017. 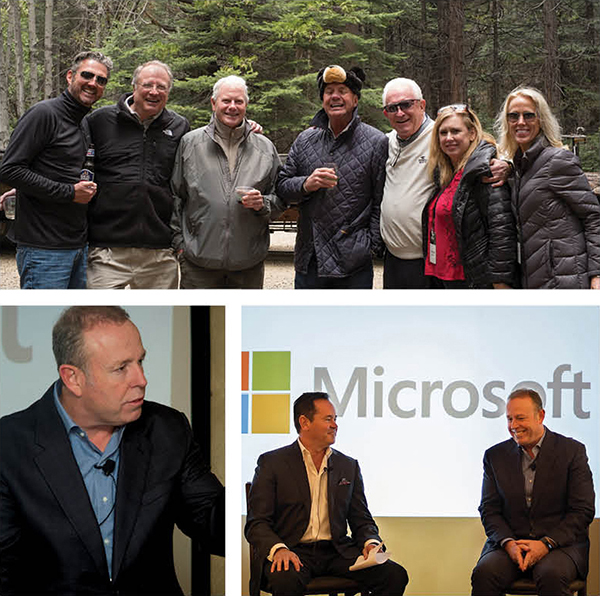 Another focus was the technology session that included ATLvr and AccuBar, and was moderated by Michael Tolley. Key networking opportunities included a Beer and Beyond lunch held at Yosemite Sugar Pine Railroad, hosted by Boston Beer, New Belgium Brewing and Evolution Brewing. The lunch was followed by an open-air train ride on one of the historic steam trains, through the captivating forest surrounding the Tenaya Lodge, and it included a Yosemite Wine Experience at the halfway point.

HEE hosts two programs each year: one on the West Coast and one on the East Coast. With each conference, participants are drawn to a new way of doing business without the pull and pressure of being here and there, and without the crowds and masses. Every part of the program shows the passion and love of Robinson, the HEE Advisory Council and the participants who attend and become part of the family. 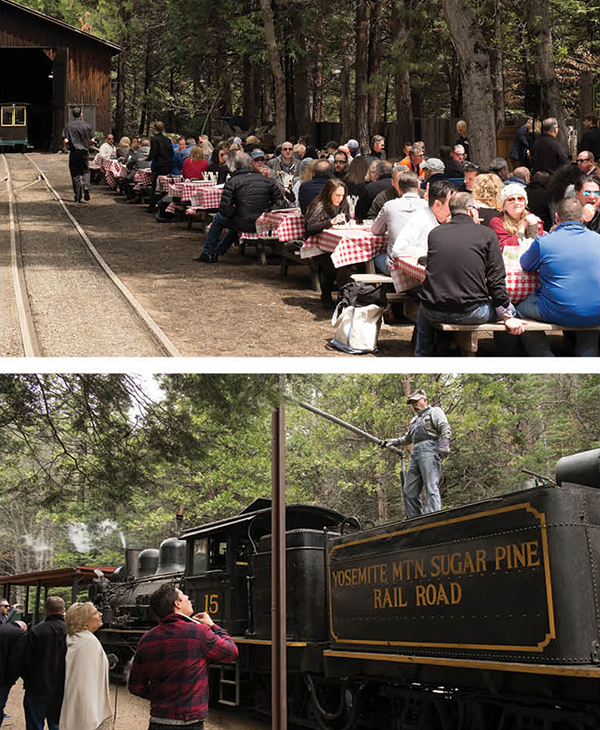 HEE East is already in the planning stages and will be held in fabulous Key West. The program has become one of the most talked-about in the industry, as well as one of the most exclusive. If you are interested in participating, contact Jen Robinson at jen@thepineapplegroup.net. Both supplier and operator seats are allocated, which is yet another reason why the program has resonated with the industry.