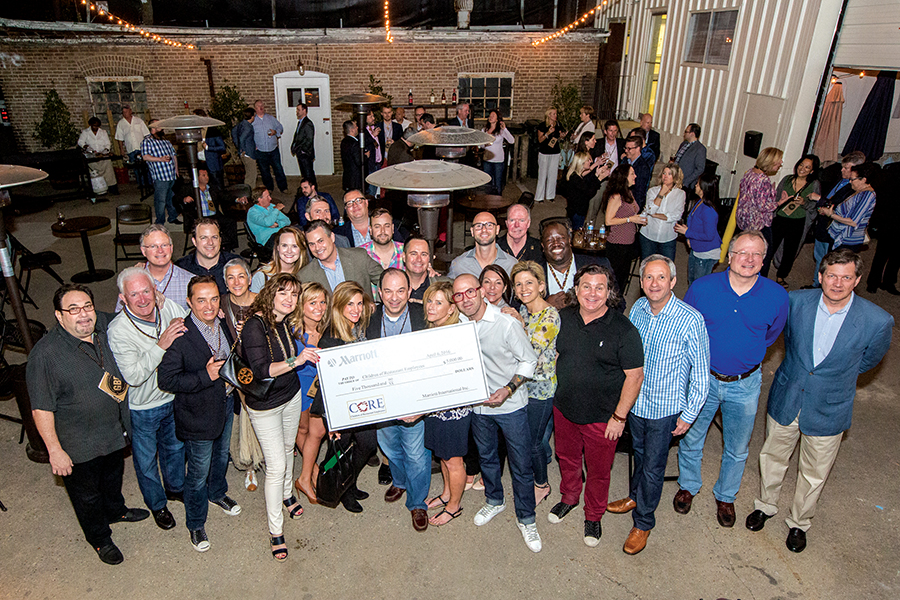 The group of CORE supporters at the Marriott Global Beverage Partners meeting holding a check for $5,000 from Marriott International. 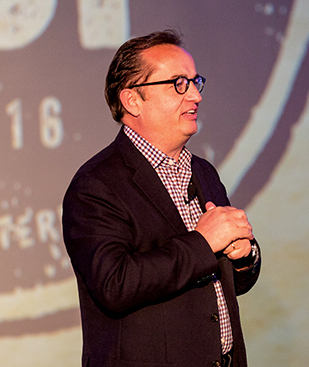 The Marriott Global Beverage Partners meeting was celebrating the 26th anniversary of their industry-leading Gold Standard Program, and the event was filled with camaraderie and reminiscing.

The Marriott team was kind enough to invite several of the founding partners of the program, as well as a few of us who had had a part in shepherding the beverage program over the years – including myself and Rob Gillette, who had crafted the platform into the successful program that it is today.

I was given a few moments on stage to share some musings about the Gold Standard Program and the small part I had played in it. It seemed like a great time to point out that also born out of the camaraderie and supplier friendships that developed through this unique collaborative approach, was the charity, Children of Restaurant Employees (CORE), which was founded by a handful of these supplier partners.

That evening at the reception event, Marriott continued its generous support of our mission of giving back to our own, by presenting CORE with a check for $5,000.

And then the spark happened. 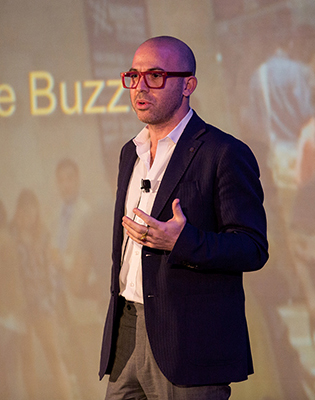 The resulting line of supplier partners coming to the microphone to pledge their support and donations was heartwarming, if not a bit overwhelming. Donations were being offered faster than any of us could imagine, or record them!

Guy was the spark, Marriott fueled the fire, and the result was one of the most successful nights of fundraising in CORE’s 12-year history. Thank you to the entire Marriott team, including Guy, Dan, Wolfgang and all others who have been such ardent supporters over the years.