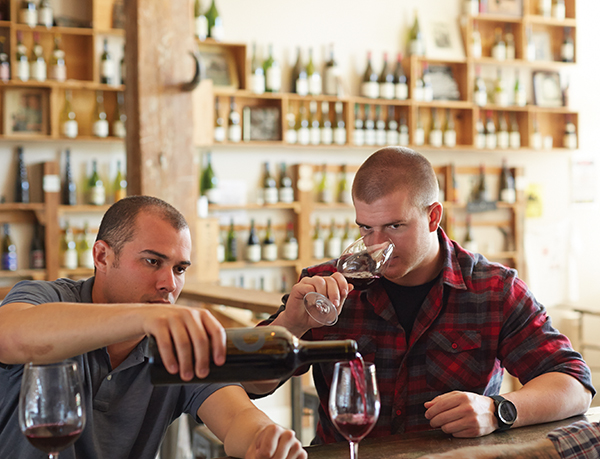 Every generation has to carve its own path, build its own identity. For childhood friends Josh Phelps and Carlo Trinchero, that means making wine their own way, for their own generation. And Millennials – not to mention wine critics and buyers alike – have taken notice.

Pedigree isn’t necessarily a Millennial virtue, but these two have it in spades. Phelps is the son of wine legend Chris Phelps, who cut his teeth in the vineyards of Bordeaux and Napa Valley more than 30 years ago. Trinchero is the grandson of Napa Valley pioneer Mario Trinchero and his father is Roger Trinchero, Chairman and CEO of the venerable Trinchero Family Estates, founded in 1948. 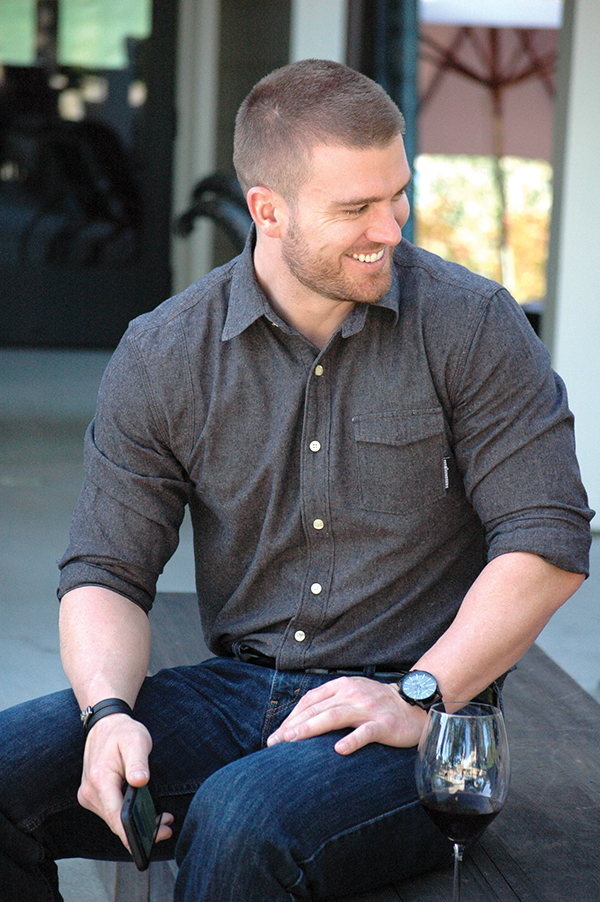 Such roots gave both friends an early education in all things wine. They each felt that proverbial itch to carve their own niche and create something entrepreneurial. Or, as Phelps puts it, to strike out on their own. Driven by a powerful impulse to make the kind of wine that speaks to their own generation, Phelps and Trinchero launched Taken Wine Co. in 2009.

“From the start, we wanted to make great wine to share with our friends,” says Trinchero. “Seven years later, that philosophy still drives everything we do.”

Clever and sophisticated, the Taken Wine Co. lineup offers up its own language – a kind of generational code – giving a nod to the relationship status updates popular among social media-centric Millennials. Enter a trio of clever, aptly named brands: Taken, Complicated and Available.

But make no mistake – these are serious wines. They’re fun and culturally relevant, but they also are expertly crafted with grapes from high-profile wine growing regions. Taken Red Wine is sourced from Napa Valley, where Phelps and Trinchero grew up. They wisely rely on longstanding family relationships with top growers throughout Napa Valley to access some of the best vineyards in the region for this wine. The elevated quality of the fruit translates to a Cabernet Sauvignon and Merlot blend that delivers a dense, structured palate balanced by the round mouthfeel typical of a soft Merlot. 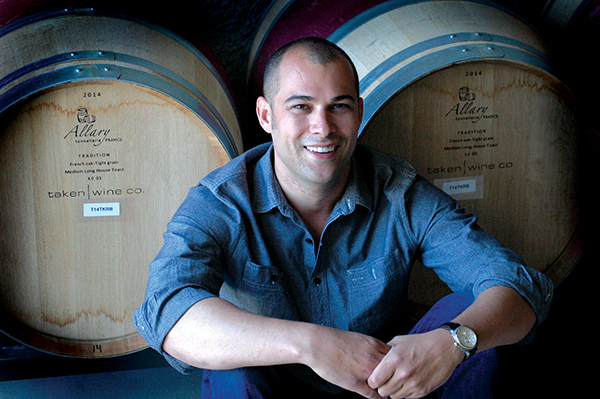 The latest iteration of their entrepreneurial venture, Available, took Phelps and Trinchero around the world in search of global blends they knew their friends back home would love. Available marked its inaugural release in late 2015 with a Pinot Grigio and a Sangiovese-based red blend from Puglia, Italy. There’s no telling where these guys will turn up next, and that’s part of the fun of this accessibly priced, on-trend brand.

The Available Pinot Grigio entices with ripe white peach and papaya notes, while the Available Red Blend brings Cabernet Sauvignon and Merlot together with the classic Italian variety, Sangiovese, in an approachable, food-friendly style. 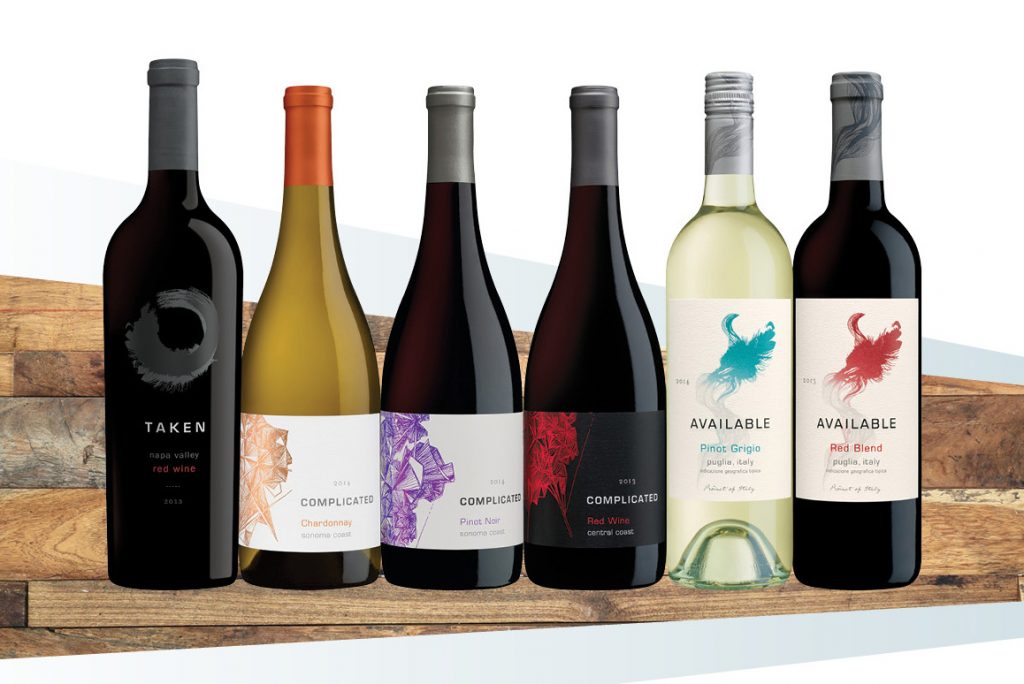 Perhaps equally intriguing to their diverse bottlings is the way Phelps and Trinchero got their official start in the wine business. Phelps earned a business degree from Chico State and Trinchero studied communications and marketing at Sacramento State. Each got hands-on experience working harvest – Phelps with fifth-generation winemaker Joel Gott and Trinchero at his family’s Trinchero Napa Valley winery in St. Helena. They also learned the sales and distribution side of the business at Kimberly Jones Selections and Young’s Market Company, respectively.

“We’ve known each other a long time, and we both grew up in the wine business. But, interestingly, neither one of us studied winemaking in the formal sense,” says Phelps. “Ours was an education by living, doing, absorbing.”

The two stayed in touch and began hatching their partnership during Trinchero’s senior year of college. To hear them tell it, the business formed organically, from a core of entrepreneurial spirit and a long-held passion for wine. Before they knew it, casual conversations turned into a business plan and a proper LLC. Initially, every naming idea they had was taken, and so, Taken Wine Co. was born. 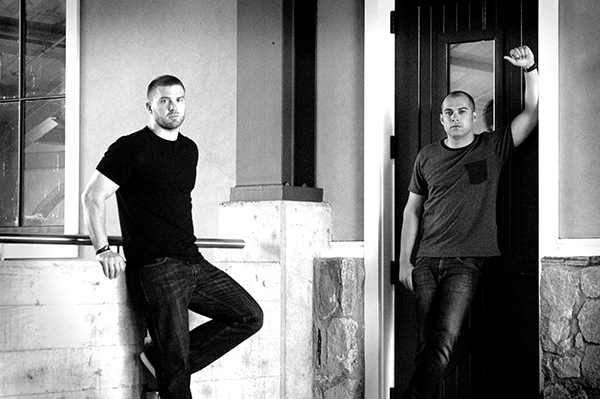 Their shared business acumen has helped Phelps and Trinchero tap into the oft-elusive Millennial market in large part because they are, in fact, their own consumer. Their intuition about how this generation thinks about wine has proven to be phenomenally successful, and the Taken portfolio has grown significantly since its first 100 cases in 2009. And the quality is backed by several scores north of 90 from some of the industry’s most influential critics.

All of this adds up to great wine with a great story behind it – a story best told through social media channels, where Millennials are eagerly anticipating the next releases from Taken, Complicated and Available.