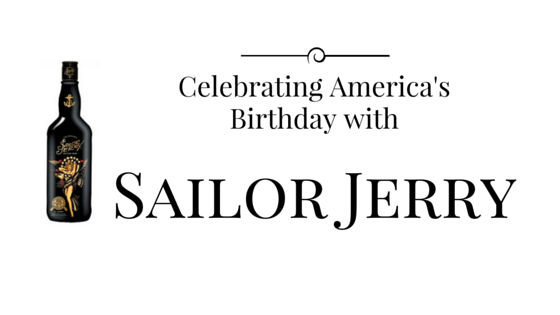 Sailor Jerry Spiced Rum is celebrating America’s Birthday this 4th of July with the launch of a limited edition black bottle. Steeped in the patriotic history authentic to the rum, the bottle features iconic artwork from the undisputed father of old-school tattooing, Norman “Sailor Jerry” Collins, for whom the rum is inspired.

Norman Collins was a Navy vet who built his rep inking soldiers and sailors in WWII-era Honolulu where he established his legendary tattoo parlor. The bottle’s artwork featured the flash-style artwork made famous by Norman Collins. The pin-up on the bottle is a nod to the countless pin-ups that Norman Collins tattooed on oversea soldiers. The term “pin-up” itself derives from soldiers who would “pin up” photos and images of seductive women on their walls and inside of their tents while overseas fighting for their country. Other symbols of patriotism featured on the limited edition bottle of Sailor Jerry Spiced Rum include an eagle and stars.

The bottle will begin to rollout in June and will be available nationally on the 4th of July for $15.99.