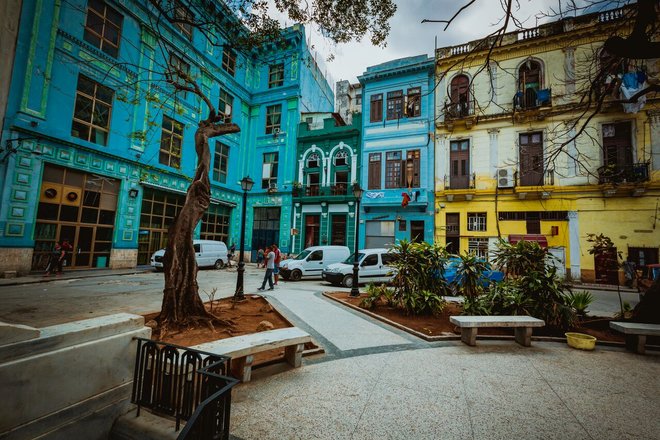 Kandyse Aube, July 5, 2016 – Tales of the Cocktail® is proud to announce that a team from the storied Havana bar El Floridita will be joining this year’s festivities, the first time all four will be a part of Tales of the Cocktail®. The group will be led by Julio Cabrera, Global Brand Ambassador for El Floridita, and he will be joined by the international bar team of Director and General Manager Ariel Blanco and bartenders Alejandro Bolivar, Nicolai Mesa and Manuel Carbajo. The team will be honored at special ceremony during the Toast to Tales.

“This has been long over due. I almost feel like Tales of the Cocktail hasn’t been complete without El Floridita being a part of it,” said Ann Tuennerman, Founder of Tales of the Cocktail®. “It obviously wasn’t easy to get them here but we are so happy that we were able to welcome them to New Orleans for this year’s festivities.”

El Floridita’s international bar team of Bolivar, Mesa and Carbajo combines close to 75 years of experience serving the bar’s legendary daiquiris and other cocktails. Alejandro Boliva has 23 years of experience at El Flordita and is known as one of Cuba’s most highly regarded bartenders, or Cantineros, of the past 50 years. With 25 years behind the bar, Mesa has served hundreds of celebrities throughout his career. And Carbajo is one of the most awarded Cuban bartenders, having won an award at practically every cocktail competition in Cuba starting from the late 1990’s through the early 2000’s as well being the first Cuban to win an international cocktail competition.

El Flordita opened in 1817 as La Piña de Plata at the same location where the bar still resides on the corner of Obispo and Monserrate streets just blocks from El Capitolio. The bar grew in international fame behind the work of Constantino Ribalaigua Vert who turned the bar into a daiquiri destination and invented the Frozen Daiquiri in the 1930s. Throughout the years it has become a draw for celebrities around the world, most notably Ernest Hemingway who famously requested his daiquiri with no sugar and double the rum, a drink that would become Papa Doble or The Hemingway Special.

About Tales of the Cocktail®

Tales of the Cocktail® is produced by the New Orleans Culinary & Cultural Preservation Society (NOCCPS), a non-profit organization committed to supporting, promoting and growing the cocktail industry in New Orleans and around the world. In addition to offering opportunities to learn and acquire new skills through Tales of the Cocktail® events and Tales 365®, the NOCCPS invests the proceeds back into the spirits industry. Since 2008, the NOCCPS has invested more than $600,000 into programs like the Cocktail Apprentice Program, a tuition reimbursement program, the Apprentice medical aid fund, educational scholarships and a new health and wellness program for members of the hospitality industry.