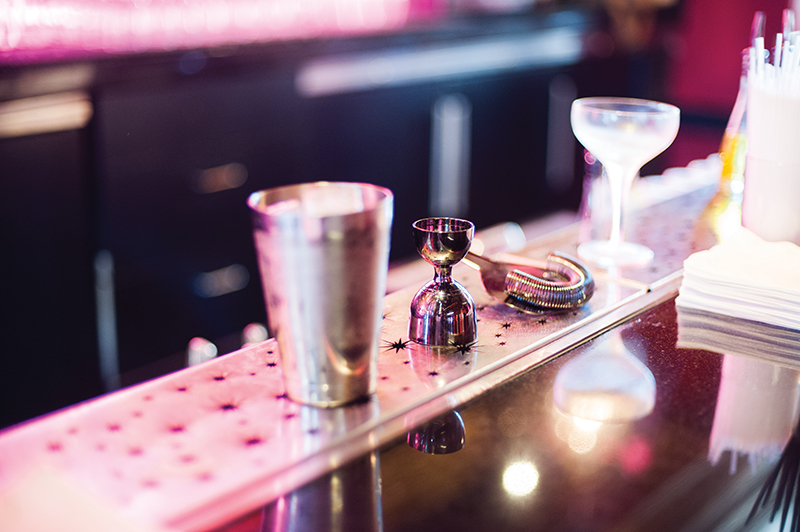 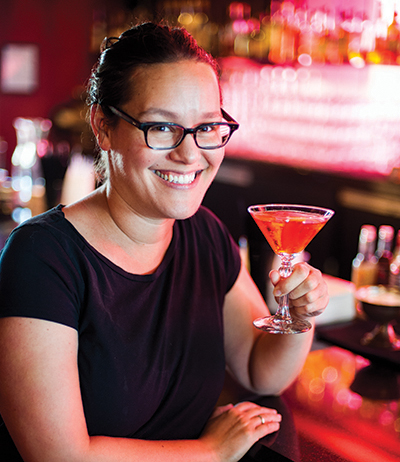 “Fundamentally,” says Linh Pham, Director of Food & Beverage for San Francisco’s Scala’s Bistro, Bar Drake and The Starlight Room, “hospitality is about creating [new] memories through sight, sound, smells and tastes.” But it’s also about evoking memories from the past, using flavor and scent to take guests “back to something that strikes a personal chord.”

Pham states, “Fall is the beginning of many things: It can signify back to school, the holiday season soon approaching, and the celebration of family and friends. Our bar team, in collaboration with our culinary team, makes a nod to these memories and feelings in the nostalgia of our cocktail flavors.”

This autumnal nostalgia – that back-to-school feeling, the crunching of leaves, the crisp air full of possibility – doesn’t come from just serving the same old drinks from years past, though. The best bar teams put a twist on iconic cocktails and create new ones featuring ingredients that some customers might be surprised to find in their cocktail glass. 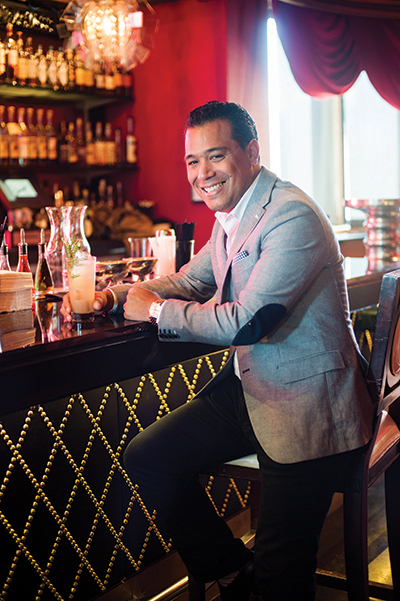 “There are plenty of classic cocktails that are perfect for autumn. An Old Fashioned, Manhattan or Boulevardier are all perfect for the cooler weather,” comments Bob Peters, head mixologist at The Punch Room at The Ritz-Carlton in Charlotte. Justin Sheffey of The Starlight Room in San Francisco says he looks to Scotch to evoke pines and smoky fires in the fireplace, often making a hot toddy with a bit of pear added to it, sweetening the mix with a spiced simple syrup.

Whiskey drinks require no seasonal adaptation. The toasty flavors of barrel-aged spirits seem ideally matched with the first cool fall breezes. But to add interest to an autumn menu, Peters recommends an unexpected twist – swapping out the standard bourbon or rye for earthy mezcal, made from agave hearts roasted in a wood-fired pit. “The beautiful smoky flavors of this lesser-used spirit remind individuals of lighting the fireplace for the first time when it gets cool outside.”

Sherry’s oxidative and nutty side jibes beautifully with rich fall concoctions. “Lustau East India Solera sherry is another favorite that works quite well for autumn cocktails,” offered Brandon Wise of Sage Hospitality Group. “I enjoy mixing it with agave spirits and aged rums. Aged rums, like Don Q Extra Añejo or Ron Zacapa, provide a perfect base to build flavors around, and are a perfect complement to the sweet raisin notes on the sherry.”

But a fall menu needn’t discard lighter spirits like gin entirely. Peters points out that rich, rounded barrel-aged gins are also available, and aging an entire gin cocktail is another option. Single-liter, two-liter and larger oak barrels are available from dealers like Deep South and Tuthilltown, which also offers a more affordable option: sections of charred oak barrel staves for quick infusion in a glass bottle. 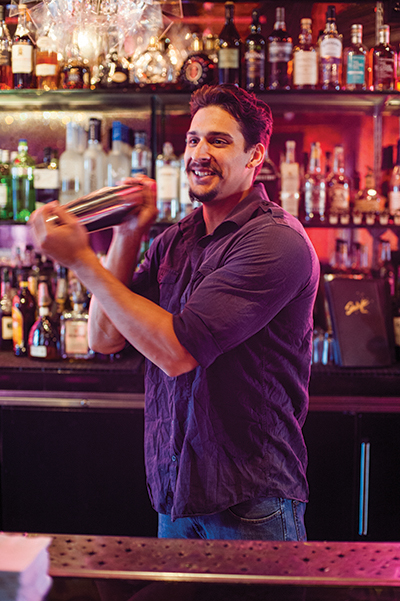 Justin Sheffey of The Starlight Room in San Francisco.

In light summer drinks, basic simple syrup made with white sugar allows fruit and un-aged spirits to shine brightly. But fall cocktails, especially those made with toasty oak-aged spirits, benefit from other sweeteners that can enhance richer, earthier characteristics.

Unrefined Demerara sugar and the more affordable processed brown sugar add a subtle molasses note to drinks. “A brown sugar simple syrup is a beautiful thing in the fall,” says Peters. “[It] adds to the depth of flavor, which is perfect as the weather cools off.”

Maple syrup contributes an unmistakable fragrance and richness to a cocktail. Since maple is about 1.5 times sweeter than standard simple syrup, half an ounce of maple syrup can be subbed for three-quarters of an ounce of regular equal-parts simple syrup.

Peters also puts in a vote for sweet-and-savory, slightly nutty sorghum. “It’s one of my favorite Southern ingredients,” he says. “It’s often referred to fondly as the molasses or maple of the South.” For easiest inclusion, Peters recommends thinning the sorghum with hot water “so it will blend or melt into a cold drink without any problems.” 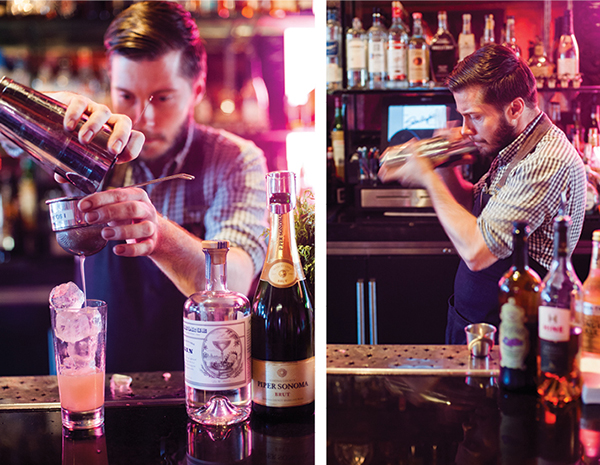 “As the summer bounty of produce wanes, it opens the door for spices and herbs,” says Brandon Wise. “Fall cocktails are about rich, robust flavors, and bartenders can really develop depth and complexity by focusing on how those spices are used.” Justin Sheffey mentions that a few of his specific favorites are star anise, ginger, white peppercorn and cayenne pepper.

While any drink can be transformed by adding clove, cinnamon or ginger to a basic simple syrup, those flavors are even more vivid in liqueurs like Czech-made Becherovka, which Wise describes as having cinnamon overtones, and St. Elizabeth Allspice Dram, which he says perfectly encapsulates baking spices like clove and allspice. For a combination of deep fruit flavors and spice, Wise also simmers spiced mulled wine down to a thick syrup for sweetening cocktails.

To add a vanilla note and caramel-like richness to his chai-spiced Rum and Rummer, Peters uses Licor 43, a Spanish liqueur flavored with vanilla, citrus and herbs.

Wise suggests seeking out Nocino, a coffee-colored liqueur made with herbs, spices and unripe green walnuts. He recommends the grape brandy-based Nux Alpina, made in Austria and imported by Haus Alpenz.
(If you can find green walnuts, you can also customize your own house version. Quarter the nuts and steep in vodka with citrus zest for a little over a month. Then add a spice-infused two-to-one simple syrup and let it rest another month or so before straining.) Wise pairs the Nocino with a wide range of aged spirits.

And while Falernum, a syrup laced with almond and clove, is most often seen in tropical drinks at tiki bars, it can serve wonderfully as the sweetener and source of spice in all sorts of fall cocktails, like Sheffey’s Fog’s Rolling In. The rich almond and clove cuts through bright citrus juice and adds depth to the rum drink (made with Plantation’s Pineapple Rum, which was developed in collaboration with cocktail historian David Wondrich). 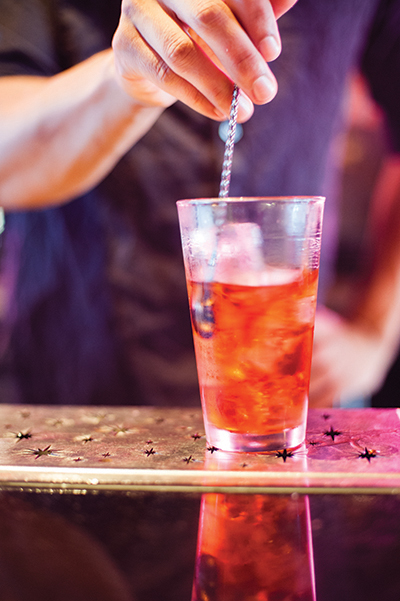 Being Smart About Produce in Season

“I think the easiest way to approach the challenges of the fall cocktail season is to embrace the offerings of your local farmers market. Local farmers are one of my absolute favorite resources to help me shape upcoming menus,” notes Peters. He shares one warning, though, “It is important to remember to ask how long each ingredient will be available. There are a wealth of items that are available at the beginning of the season that are not available at the end of fall.”

Peters actually designs two separate fall menus, one in early fall and a second that follows as weather gets cooler and the early harvest passes. “To me, it makes sense to embrace two short seasons as opposed to fighting one larger, more difficult season,” he says. 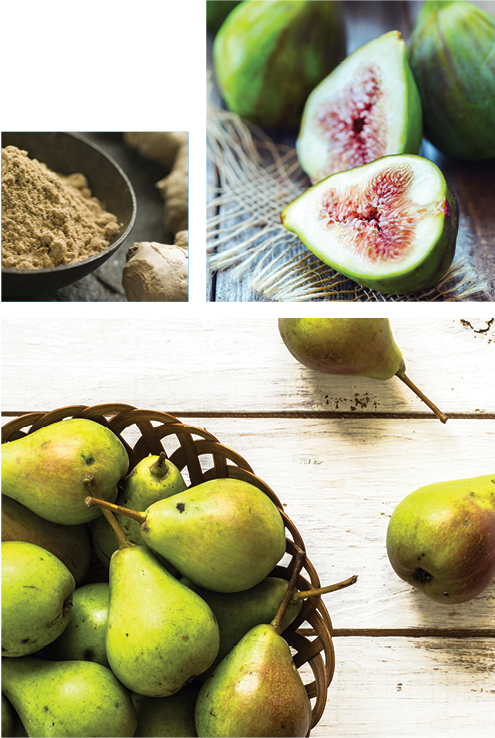 Though it is iconic, Brandon Wise recommends skipping pumpkin as an autumn cocktail ingredient. “I typically do my best to avoid pumpkin on seasonal cocktail menus. It tends to dominate the palate and doesn’t make for the best pairing to food.”

While many bartenders work with apples, cider and pomegranate come fall, Josue Moreno of Urban Farmer in Portland brings in all sorts of unusual options. “This year, we are talking about sweet potatoes, fennel, fresh ginger, spiced pear, figs and other pickling applications for vinegars that the kitchen might often just dispose of after their uses.” In his Manzanita cocktail, Moreno calls for an apple shrub, made by simmering apple chunks in sweetened syrup, then blending the mix with tangy cider vinegar. Since shrubs were popular in Colonial America, perhaps it’s best to call this reclamation, not innovation. Either way, it’s delicious. 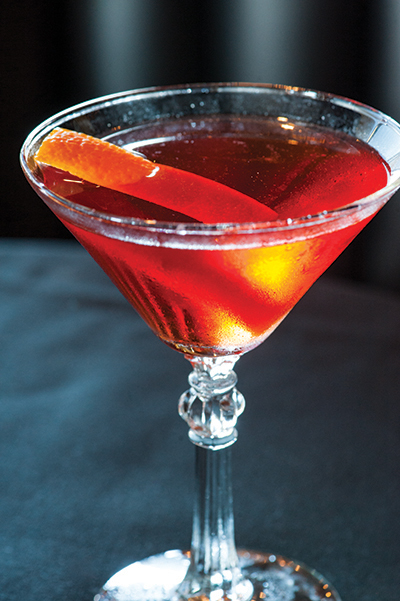 Created by Bob Peters
The Punch Room at The Ritz-Carlton, Charlotte

Add mezcal, Campari and sweet vermouth to a mixing glass and stir with ice until well chilled. Strain into a coupe glass and garnish with orange twist, expressing oils over the glass before adding to drink.

Created by Bob Peters
The Punch Room at The Ritz-Carlton,Charlotte

Add tea bags to boiling water and let steep 5 minutes. Add sugar and stir until dissolved. Let cool before using; can be used immediately or stored in the refrigerator up to 2 weeks.

For the cocktail:
Add rum, chai syrup and Licor 43 to a mixing glass and fill with ice. Stir until well chilled. Strain into a Nick & Nora glass and garnish with orange twist. 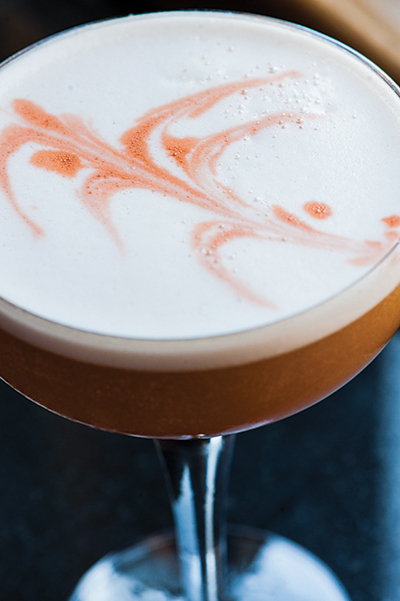 For the spiced cocktail syrup:
Add water, sugar, peppercorns, star anise, cinnamon sticks, cinnamon and cayenne to a saucepan. Stir and bring to a boil. Add lemon half and continue to stir until sugar is dissolved. Remove from heat, let cool, then refrigerate in sealed container overnight. Strain the next day.

For the cocktail:
Add all ingredients to a cocktail shaker. Shake without ice until frothy, then add ice and shake until well chilled, about 12 seconds. Strain into copa glass. Dash bitters on top of foam, swirling around with pick as desired for decorative effect. 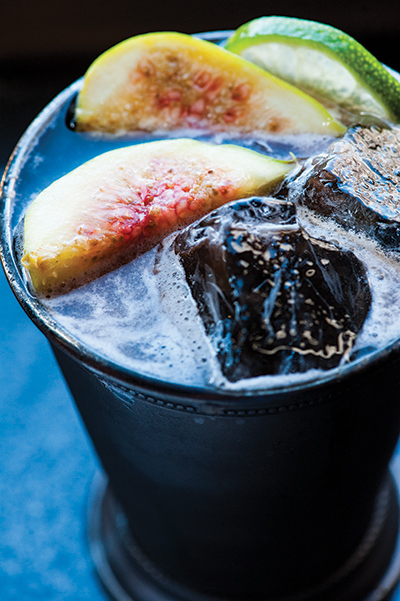 Getting Figgy With It

Getting Figgy With It

Add cognac, Figoun aperitif, lime and jam to a cocktail shaker and fill with ice. Shake until well chilled and then strain into cocktail glass. Add ginger beer, garnish with lime wheel and serve.

For the apple shrub:
Add water, sugar and apple chunks to a saucepan and bring to a simmer, stirring to dissolve sugar. Simmer until apples are completely softened, 20-25 minutes. Let cool. Add cider vinegar and stir to mix. Pour into re-sealable container and keep refrigerated; apple will continue to add flavor to shrub as it sits.

For the cinnamon syrup:

Bring water and sugar to a simmer and stir to dissolve. Add cinnamon sticks and let simmer 5 minutes, then remove from heat and let cool. Remove cinnamon sticks when completely cool. Strain into a re-sealable container and keep refrigerated.

For the cocktail:
Add tequila, mezcal, lime, apple shrub and cinnamon syrup to a cocktail shaker and fill with ice. Shake until well chilled, about 12 seconds, and double-strain into a coupe glass. Garnish and serve.