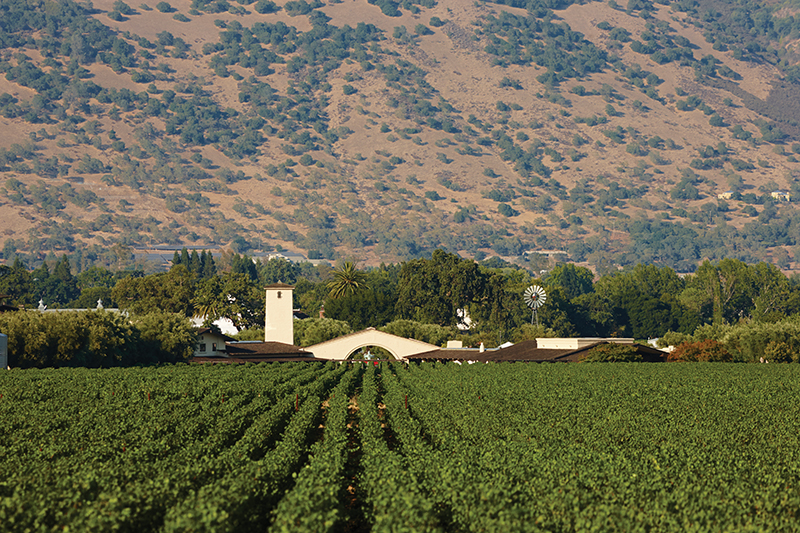 Dating back to July 1966, Robert Mondavi was a dreamer who believed he could make world-class wines in the Napa Valley by creating Robert Mondavi Winery. During the following years, not only were those dreams fulfilled, but he is also credited with coining the term “Fumé Blanc” for his dry-fermented, oak-aged Sauvignon Blanc and starting the Robert Mondavi Winery Summer Music Festival concert series, encouraging art exhibits in the Robert Mondavi Winery Vineyard Room, as well as pioneering a collaboration with Baron Philippe de Rothschild to create Opus One Winery. 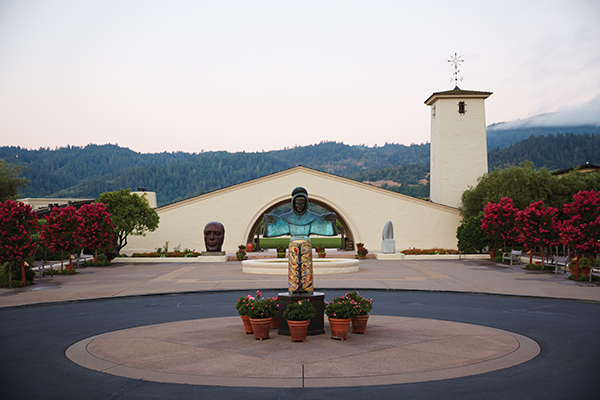 In addition, Mr. Mondavi has been honored with numerous awards for his contributions to the California wine industry. Along the way, he also created a family of employees, past and present, that have been a part of his legacy for a half century. 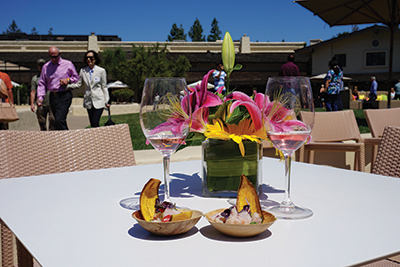 In his book, Harvests of Joy, Robert Mondavi remembered about his father Cesare Mondavi, “He was loyal to his family and to the people who worked for him, and he received their loyalty in return. For me, this was a tremendous lesson on how to run and build a small family business, in spirit and practice.”

He also explained, “It was only natural for me to treat our staff as one large extended family. The truth is, it was the only way I knew. As it had been with my parents, in my life there was little or no distinction between wine, business and family.” 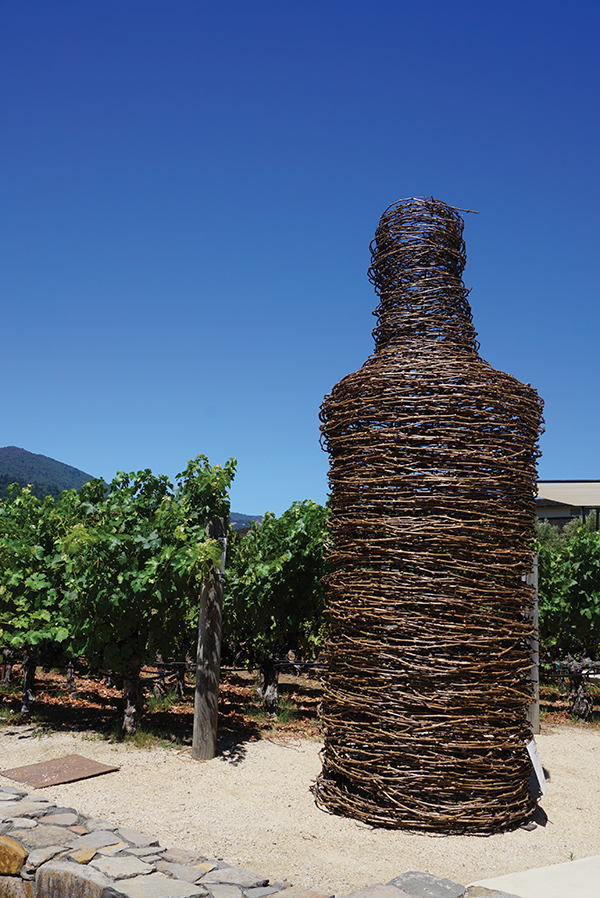 On July 16, 2016, to celebrate their 50th anniversary milestone, Robert Mondavi Winery planned and executed a festive tribute to the winery, the founders and the wine. The free event was celebrated with winery tours of the To Kalon Cellar and barrel room, cooking demonstrations from famed chefs they have collaborated with over the years, tastings of special library wine, seminars with on-site wine educators, horse-and-buggy rides through the To Kalon Vineyard, a painting demonstration by Channing Rudd, and musical entertainment from local talent, including Shelby Lanterman. Current and former employees were encouraged to arrive an hour early to taste special wines, reconnect with each other and gather for a time of reflection of the past and a thankfulness for our time working in the wine industry. 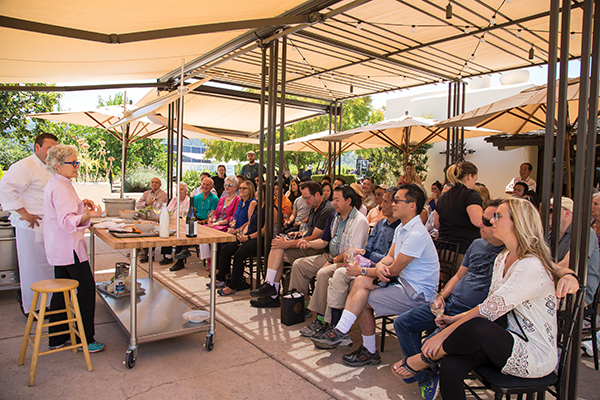 It was a beautiful day in Napa and as Mr. Mondavi would have it, the winery’s magical day was equally a celebration for the employees. As a former employee of Robert Mondavi, I knew this highly anticipated event was not to be missed. From receiving warm hugs and snapping pictures with old acquaintances, to soaking in the privilege of being part of the Robert Mondavi “family,” it was clear why we were all there. Among the sentiments voiced such as “it was the best place I have ever worked” and “it was the hardest working bunch we’ve ever been employed with,” the appreciation heard most frequently was “this was a family.” 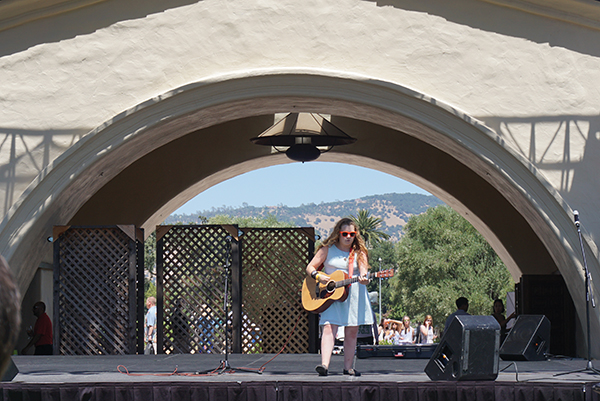 Shelby Lanterman entertaining the crowd with her own music and favorite cover songs.

Speaking of family, a highly anticipated part of the day included live music from Shelby Lanterman. For many attendees, it was enjoyable just to hear her carefully selected cover songs and original material, but for others, it was more – they were dancing and singing to sounds from the daughter of a former Robert Mondavi employee, Yvonne Lanterman. Many felt an overwhelming sense of joy and pride to see someone who grew up around the winery and employee events now performing solo on stage for this memorable celebration. 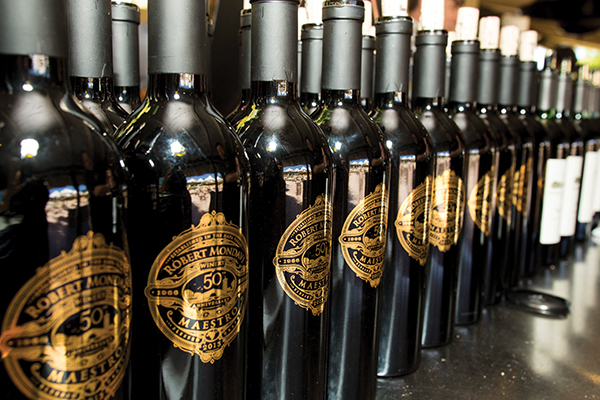 Maestro, the 50th anniversary wine by Robert Mondavi Winery, is a fitting tribute.

The biggest lesson learned while working at Robert Mondavi was standards were high and you had to have a passion for excellence. Entrepreneurial spirit flows deep in the veins of Robert Mondavi employees. Work and life balance was encouraged, along with the appreciation of quality food and exceptional wine. Mr. Mondavi had a path for life: “Follow your passion. Pour in your heart and soul. Settle for nothing less than excellence. And with enough hard work and faith in yourself, you can realize your dream.” 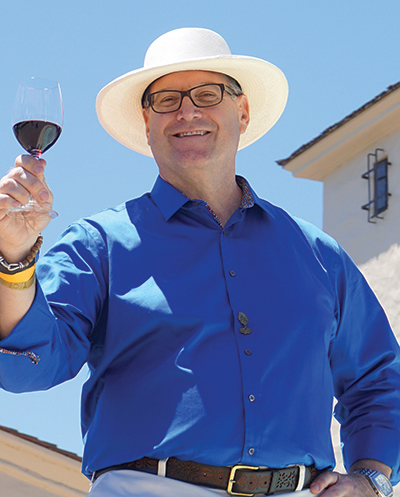 We in the beverage industry repeatedly attend events that have extraordinary food and beverage experiences, but this was more. It was a walk down memory lane and a day reflecting on how our time at Robert Mondavi Winery shaped who we are today. Since that time, many of us have ventured off and started companies, or remained in the industry and applied what we learned to another company, yet we all shared in the privilege of working for Robert Mondavi Winery. 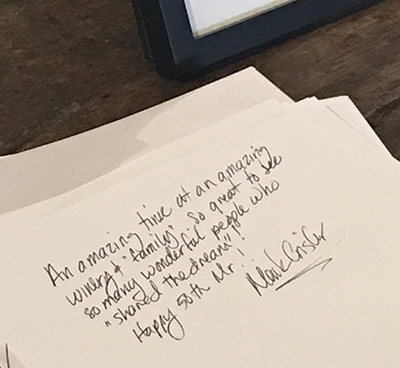 Sentiments for the event book that so many of us shared, as written by Mark Crisler.

As Mark Crisler of Trellis Wine Group wrote in the event scrapbook, “An amazing time at an amazing winery and family. So great to see so many wonderful people who shared the dream! Happy 50th, Mr. Mondavi!”

I felt an extreme level of respect not only in going back to the winery for the 50th anniversary, but also in experiencing the true privilege of walking up to event registration and saying, “I’d like to check in. And yes, I’m a Robert Mondavi alumna.”