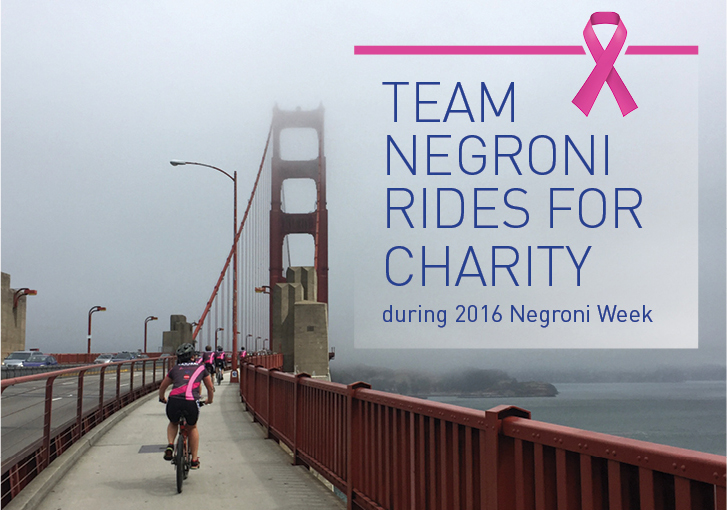 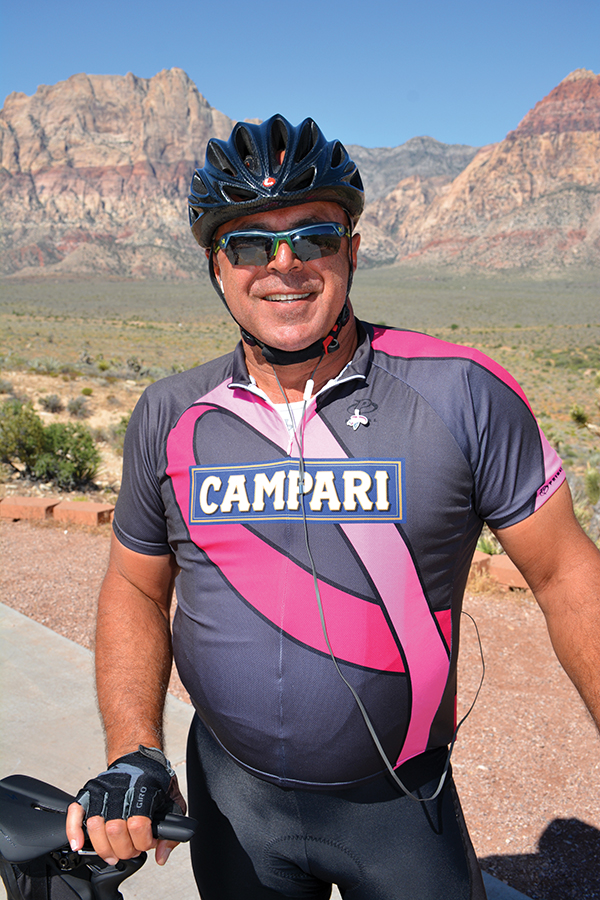 It all started in 2010 on my 50th birthday. Rather than gifts, I asked for donations in memory of my cousin Helen David. From there, the charity grew and is now a program of the USBG National Charity Foundation and a U.S. registered 501(c)3 nonprofit.

The Helen David Relief Fund (HDRF) honors the memory of the beloved Port Huron, Michigan bar owner and community leader. Beating breast cancer twice during her life, Helen David is an inspiration to those living with the disease.

As a two-time breast cancer survivor, in a time when chances to survive were slim, Helen was always an advocate for the cause and wanted to give back to the community. She ran the Brass Rail bar in Port Huron for 69½ years. She opened in 1937 together with her mother, which in itself is an amazing accomplishment – the bar scene in that era was pretty much a world for men.

In 2014, the idea came up to form a cycling team to raise money for the Helen David Relief Fund and, if anybody knows me, you would know my favorite drink is a Negroni. As a recreational cyclist, I wanted to improve my cycling and get in a better shape. Working in the bar industry is a strenuous profession; we work long hours on a crazy schedule. We don’t always get our break or eat as healthy as we should. With the cycling team, I look to encourage bartenders to incorporate a healthier lifestyle through physical exercise. Cycling is a great way to get outside, get in some exercise and clear your head. We’ve had one member on our team who began riding with the start of the New Year and could barely finish a four-mile bike ride around the neighborhood. But by the Orlando Negroni Week bike ride, she completed the 40-mile ride and she felt stronger, fitter and overall happier about herself. One rider in Las Vegas lost at least 20 pounds during his training for the ride and has incorporated cycling as a part of his routine.

It’s a well-known fact that the best thing anyone can do for themselves is to be philanthropic and help the less fortunate. By becoming a Team Negroni member, you will accomplish all of these goals.

We work in the greatest profession on earth and it’s always important to remember how lucky we are. We need to do our part to give back to our community and those less fortunate. You never know when the shoe might be on the other foot.

As mentioned before, my favorite cocktail is the Negroni – that’s a well-known fact. I discovered the drink in 1991 and as the Italians say, you need to try it three times before you start to appreciate the drink. That was definitely the case for me – it wasn’t love at first sip. But when you do fall in love, it’s a love affair for a lifetime. At that time, the drink was virtually unknown to most bartenders. Fortunately, today it’s embraced as the bartender’s handshake and in turn has been shared with patrons around the country.

In 2013, Imbibe magazine launched Negroni Week, a celebration of one of the world’s great cocktails and an effort to raise money for charitable causes. Where many drinks have a specific one-day of recognition, the celebration for the Negroni is the first full week of June. Now as the celebration marks its fourth year, Imbibe has teamed up with Campari to present Negroni Week 2016 on a global scale. From June 6th to 12th, bars around the world mixed Negronis and donated a portion of the proceeds from each one sold to a charity of their choice. Thousands of bars participated, bringing the global cocktail community together through this amazing fundraiser. 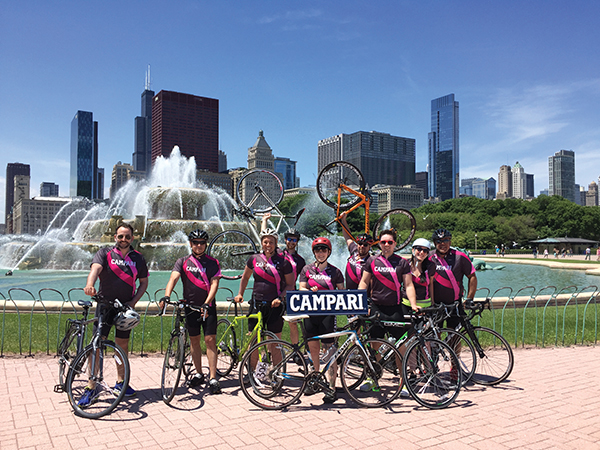 Team Negroni in the Windy City. 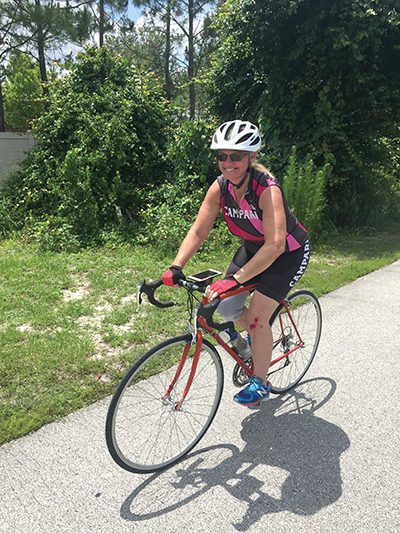 With Negroni Week being celebrated the beginning of June, this year we decided that it seemed like a natural fit for our Team Negroni cycling team to ride during the designated week. And thankfully, we got full support from Campari. Campari national headquarters are located in San Francisco, which is a place where I spent many of my formative years behind the bar. The beauty of San Francisco is very conducive to bicycling and this made it an obvious choice for the first ride in 2015 in which Gerry Ruvo, Chairman of Campari America, also rode with the team. This year’s team of 14 members included local bartenders as well as David Nepove (who also rode in 2015), USBG National President, and Campari employees Jean Jacques Dubau, Managing Director North America, Campari America, and Richard Black, Vice President Marketing, Campari America.

The kickoff of the second edition of the Negroni Week bike rides took place in San Francisco. The team took on the same route as 2015 and all riders completed the ride. After party Negronis were enjoyed at Il Fornaio. 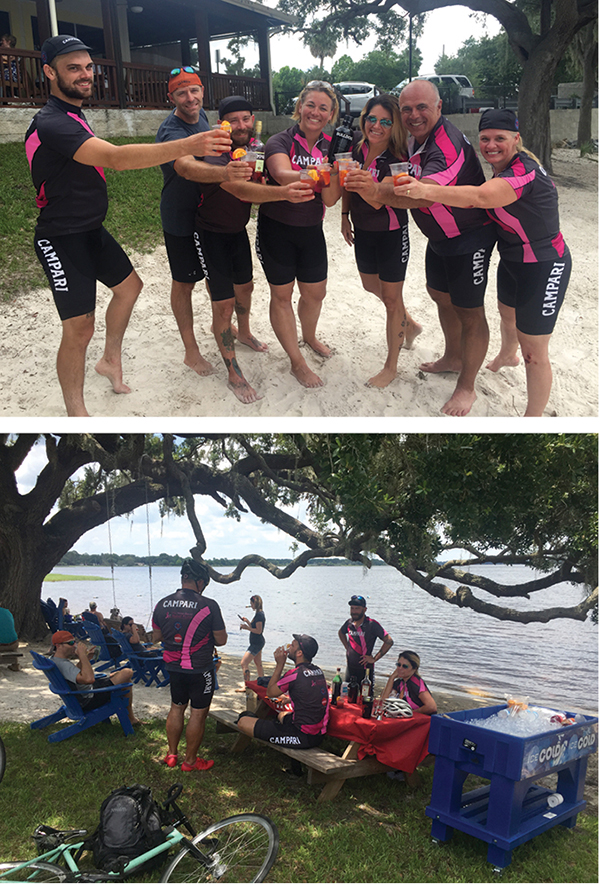 Post-ride Negronis at Lilly’s on the Lake in Orlando.

The second stop of the Team Negroni tour was Chicago. The team raised a total of $2,515 and a great foundation was set to let this ride grow during the upcoming years. The beautiful ride hit all aspects Chicago has to offer – it took the riders past some famous architecture, along the Lake Front Trail and through parts of the city. Longman & Eagle opened its doors for the after party, and many Negronis and appetizers fueled up the tired bodies and souls.

The third stop on the tour brought the team to Orlando, where my publicist Ken Langdon set out a beautiful route along the West Orange Trail. Thankfully, it was a flat course with few traffic lights, just what our tired legs needed. The team enjoyed their well-deserved drinks at Lilly’s on the Lake, where they could soak their feet in the lake with a Negroni in hand – perfect ending to an amazing day. 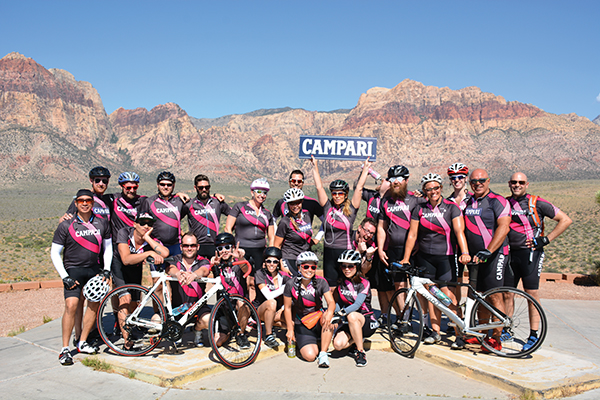 The last stop brought us back to our hometown in Las Vegas and we could not have asked for a more spectacular ending to this week. The team crushed the fundraising with pulling together nearly $20,000! Top fundraiser Wendy Hodges got together the incredible amount of $2,589! Unfortunately, due to two flats, she couldn’t finish by bike but walked her way through the desert heat to the finish, keeping in mind that this was nothing compared to what the women fighting breast cancer go through. Many USBG members, friends and family came together at Echo & Rig to raise a glass of Negroni one last time and celebrate the success of this team. 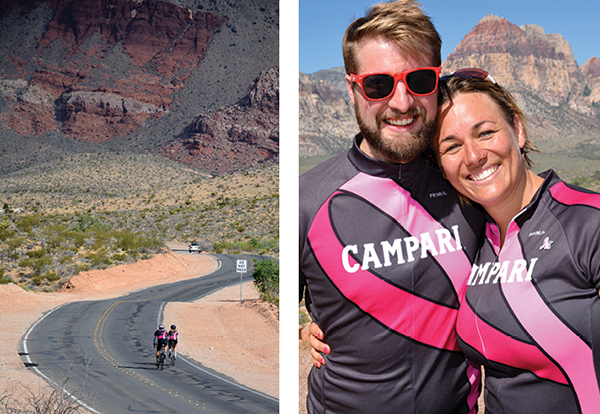 Moniek and Anthony Pullen at the Red Rock Overlook.

We will continue to ride and expand the team during October, which is Breast Cancer Awareness Month, and add more cities in 2017. Keep an eye on the Helen David Relief Fund Facebook page for more information on the upcoming rides. If you wish to join Team Negroni or partner up to host a ride in your city, contact Moniek Pullen. 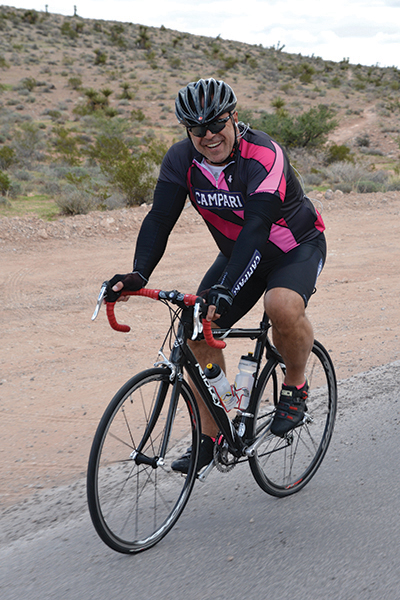 If you are or know of a bartender who took on the fight against breast cancer, please don’t hesitate to contact our Program Director Moniek Pullen to learn how we can assist you, at moniek@themodernmixologist.com. 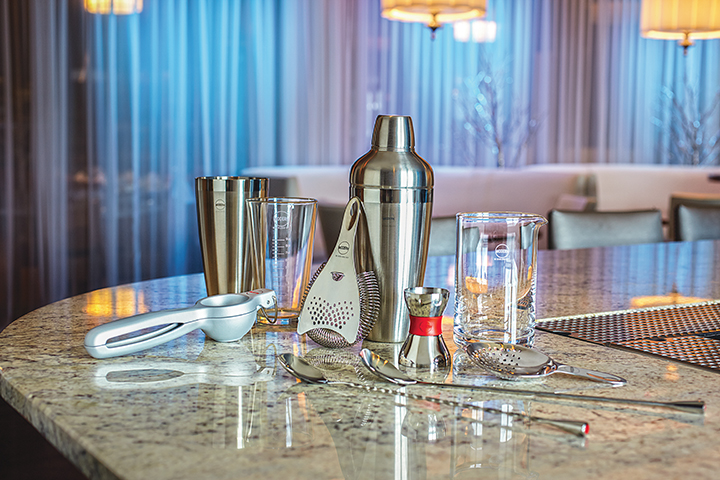 Tony Abou-Ganim has turned cocktail making into an art form. Moving beyond the simple “how-to” of mixed drinks, he has inspired bar professionals across the globe to become more daring in their creations. Steelite International is proud to announce a partnership with Tony
that introduces the tools every artist needs to create a masterpiece. Tony has taken classic barware and given it a modern, streamlined feel. These tools are designed to not only work perfectly together but also complement each other’s look and feel. These are tools for the professional bartender, and crafting great cocktails begins with the right
tools.

The Modern Mixologist barware line has everything the professional bartender needs to artfully prepare virtually any handcrafted libation. To begin with, the Boston shaker set is flawlessly sculpted for preparing any cocktail that is crafted by either shaking or stirring. The strainers
(Hawthorne and julep) are designed with the perfect fit to work seamlessly with the Boston tin and mixing glass. The versatile, tightly crafted hand citrus juicer extracts juice with precision. The martini beaker, paired with the twisted long handled bar spoon, is an elegant and sexy way to prepare any stirred cocktail. All around, these tools liberate creativity and empower the mixologist to become an artist.