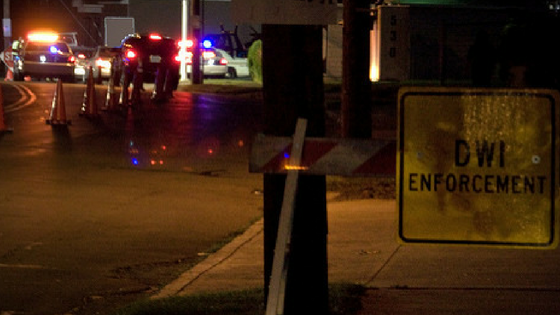 Politicians are masters of the art of looking good independent of doing good. They prey on voters’ bias to action and lack of knowledge to appear as though they are acting beneficially. This is easier and politically safer than doing the hard work necessary to actually improve society.

One area where this looking good versus doing good phenomenon is especially apparent in transportation policy, namely how best to keep the roads safe. It’s an important concern: 35,000 Americans died in car accidents last year, the biggest killer of young adults.

Unfortunately, legislators are not pursuing the multipronged strategy necessary to keep the most dangerous drivers off the road. Rather, they continually fall back on their old popular hobby horse of defining down drunk driving.

Witness California Gov. Jerry Brown’s signing last week of a new law that requires the installation of ignition interlocks (i.e., in-car breathalyzers) for all first-time and low-blood alcohol content (BAC) offenders. Such laws at best don’t make the roads any safer and at worst divert resources from targeting the real threats on the road.

California’s legislature and governor overlooked their own Department of Motor Vehicles’ recommendation against adopting the ignition interlock mandate. In its pilot program, the DMV found that crashes increased by up to a sixth after interlocks were installed because they distracted drivers. This is partially a result of their “rolling retest” requirement that makes drivers blow at random intervals while driving. Query: Why do we pay for research if it’s ignored?

Instead, Golden State lawmakers followed the advice of the activist group Mothers Against Drunk Driving, which has a mission to increase interlock use.

Meanwhile, interlock compliance rates among hardcore drunk drivers (a BAC of 0.15 or above), who are already subject to them under existing law, are low. According to data from the National Highway Traffic Safety Administration (NHTSA), about 80 to 85 percent of offenders mandated to use interlocks don’t install them.

Given that these high-BAC offenders are responsible for 70 percent of traffic fatalities involving alcohol, lawmakers’ time would have been better spent figuring out how to ensure that those who really need them actually use them. Yet the law — like most new drunk driving laws — doesn’t take into account proportionality, treating those one sip over the limit the same as the hardcore drunk. Imagine if we treated speeding the same way.

Targeting low-BAC and first-time offenders also overlooks the increasing threat to road safety posed by negligent and drugged drivers. That’s despite the fact that the NHTSA finds that driving a vehicle while texting is six times more dangerous than driving while intoxicated. And almost as many traffic fatalities are caused by drugged drivers as drunk drivers.

Almost 70 percent of U.S. drivers report that they have talked or texted on their cell phone within the last 30 days. And texting and driving causes roughly 25 percent of all car accidents. A Car & Driver experiment indicates why: In its test, it took a drunk driver an extra four feet to brake, a driver reading an email 36 feet, and a texting driver 70 feet — 17 times longer than a drunk driver.

The threat from drugged driving has also grown significantly in recent years as states experiment with legalizing marijuana. According to a recent National Survey on Drug Use and Health, 10 million people admitted to driving under the influence of illicit drugs during the year. And the prevalence of weekend nighttime drivers under the influence of marijuana increased by about 50 percent between 2007 and 2014. This number will surely rise as the number of states that legalize marijuana does.

Targeting low-BAC and first-time offenders like California’s new law does is a poor use of the scarce resources available to keep the roads safe. Traffic safety officials should instead target the hardcore drunk drivers, distracted drivers and drugged drivers who pose an overwhelmingly greater threat to road safety. Atmospherics and optics may be good for re-election but they won’t save lives or make our roads any safer.

Richard Berman is the president of Berman and Company, a public affairs firm in Washington, D.C.