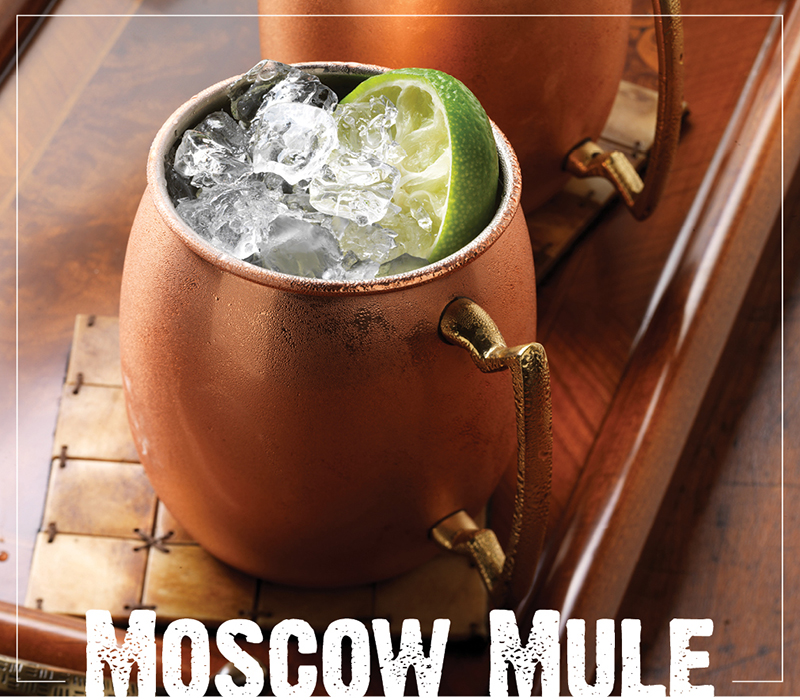 “The nicest thing about the Mule is that it doesn’t make you noisy and argumentative, or quiet and sullen, but congenial and in love with the world. One wag of its tail and life grows rosy.”
Clementine Paddleford

George arrived in Las Vegas for a convention at Mandalay Bay and was anxious to get checked in, as he was famished and in great need of liquid stimulation. “What do you recommend for dinner and cocktails?” he asked the young lady working the front desk.

“Well, if you’re in the mood for a steak, then I would suggest Strip Steak. If you’re looking for something a little more casual, Chef Shawn McClain just opened Libertine Social and the food and drinks are great, not to mention it’s a lot of fun,” she replied.

George thanked her for the recommendation, checked into his room, dropped off his bags and headed to Libertine Social. He found a seat at the end of the long bar and was presented a menu by a very friendly bartender. “Welcome. My name is Shawn. What can I get you?” the bartender inquired.

“What do you recommend?” George asked.

“I usually have a Negroni.”

“We do a barrel-aged Boulevardier, which is like a Negroni but made with Baker’s Bourbon in place of gin,” the bartender suggested.

“Sounds great, and I’ll also be having dinner.”

Shawn served George his Boulevardier, took his dinner order and began preparing drinks for some other guests at the bar, in copper mugs. “What did you just make in those copper mugs?” George asked.

“Made them some Moscow Mules with Tito’s Vodka,” Shawn answered. “It’s a drink dating back to the 1940s, made from vodka, ginger beer and fresh lime juice. It was created at a joint in Los Angeles called the Cock ‘n’ Bull.”

“I’ve never heard of it,” George said, finishing his Boulevardier.

“As the story goes, a guy by the name of John G. Martin, an executive at Heublein, bought Smirnoff in 1939, long before anyone in America was drinking much vodka. He had a buddy named Jack Morgan who not only owned the Cock ‘n’ Bull restaurant but was also trying to sell some British ginger beer that, at the time, no one wanted to drink.” Shawn continued, “Anyway, they started fooling around with their respective ingredients until they settled on a hefty shot of vodka, a few ounces of ginger beer and a squeeze of lime. So the drink would have originally been made with Smirnoff but here, they’re drinking Tito’s. Also, we use Fever-Tree Ginger Beer, not Cock ‘n’ Bull.”

“I’d love to try one,” George requested. He found his Moscow Mule to have a sharp note of ginger with the sweetness balanced by fresh lime juice, supported by the presence of vodka – all in all, a very refreshing quaff indeed.

“So what’s the deal with the copper mug?” George inquired.

“Funny that you happened in at this very moment. The gentleman I just made that Moscow Mule for is JJ Resnick and his great-grandmother made the first copper mugs for the original Moscow Mule,” Shawn explained. “I’ll introduce you.”

Shawn made the introductions, and it turned out that JJ’s great-grandma, Sophie Berezinski, immigrated to the U.S. from Russia with a couple thousand copper mugs from her family’s copper factory, hoping to sell them. According to family lore, she walked into the Cock ‘n’ Bull restaurant in Hollywood where she met John Martin and Jack Morgan. The three experimented that day, so the story goes, eventually coming up with the recipe for the Moscow Mule. It was a mix of vodka, ginger beer and lime, served in one of Sophie’s copper mugs, which maintained the temperature of the drink and also enhanced the flavor.

“So, after watching the resurgence of the Moscow Mule over the past several years, I decided to bring back Grandma Sophie’s original copper mugs; and in 2015, I launched the Moscow Copper Co. so people could serve their Mules in the genuine article,” JJ explained.

“So, why Tito’s Vodka?” George probed.

“Well, he makes a great corn-based vodka that works beautifully with the sharpness of the ginger beer,” JJ replied. “Also, I love his story of being made in America and being the first legal distillery in Texas.”

“Yes. His name is Tito Beveridge and he makes his vodka in Austin,” he replied.

To show his appreciation for sharing this fantastic story, George had one more Mule with JJ, thanked Shawn for his wonderful hospitality, paid his check and left Libertine Social, determined to learn more about the Moscow Mule and meet this guy Tito.

The first thing the next morning, after a little Google surfing, George discovered that Tito’s is made in Austin by Tito at the Mockingbird Distillery he established in 1996. George also tracked down their phone number. “I’m looking for a Mr. Tito Beveridge,” George said, when his call was answered.

“You’ve got Tito,” the voice on the other end of the line responded.

George introduced himself to Tito, explained that he was in Las Vegas and had just tried a Tito’s Moscow Mule, loved it and would love an opportunity to visit the distillery and learn more about his vodka.

“I love Las Vegas,” Tito replied. “I really don’t do distillery visits but next time you’re in Austin, let me know and we’ll meet for a drink.”

“Well, that would work,” Tito responded, sounding somewhat surprised. “Let’s meet at the bar at the Four Seasons at 5:00.” 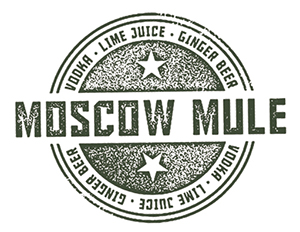 “Perfect. See you then and I’m very much looking forward to meeting you.”

George needed to attend the conference that day but booked the first flight out for Austin the following morning, made a reservation at the Four Seasons and anticipated his meeting with the man responsible for Tito’s Vodka. Arriving at the Four Seasons just before 4:00, he checked into his room and made his way to the Lobby Lounge, which was nearly empty so he easily found seats at the bar. He ordered a Tito’s Mule and a plate of Cochinita Pibil Pork tacos while he anxiously awaited Mr. Beveridge’s arrival.

“So, you’re a Tito’s fan! Are you from Austin?” the barman inquired.

“I’m a fan now,” George answered. “I’m just visiting; going to have a drink with the man himself.”

Just as he was finishing his tacos and his second Moscow Mule, he felt a tap on his shoulder. “You must be George,” the gentleman greeted him. “Sorry I’m a little late; traffic was terrible.”

“Tito – it’s a pleasure to meet you. Please have a seat,” George invited. “Can I get you a drink?”

“Sure. I’ll have what you’re drinking,” he replied, motioning to George’s empty Mule mug.

George ordered two more Moscow Mules, handed one to Tito and asked, “So, how did you decide to open a distillery in Austin and make your own vodka?”

“Well, it’s a long story but I’ll try and give you the short version,” Tito answered. “I graduated from the University of Texas at Austin with degrees in geology and geophysics. I got into the oil and gas business, and did that in Texas before moving down to Venezuela and Colombia; I ran heli-portable dynamite seismic crews down there. I got tired of chasing the buck and decided to move back to Austin, where I got into the mortgage business.”

He explained that this was back in 1993, and he used to make infused vodkas as Christmas gifts for his friends and family. “It was at a party that someone came up to me and said, ‘Hey, you’re the vodka guy!’ So that’s when I started to take the idea seriously. I built my first pot still and started experimenting until I got a vodka that my friends really liked.” 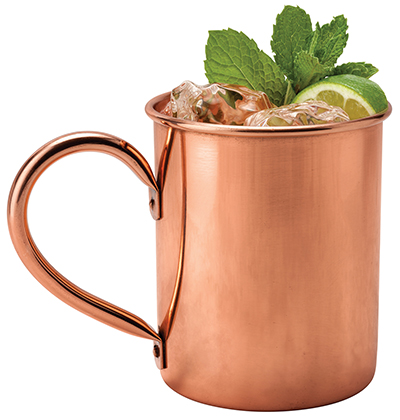 He went on to say that he could not find anyone interested in financing his vodka project so he did it all himself, with the help of 19 credit cards. He registered the first legal distillery in Texas in 1996; and he sold the first bottle in 1997, and a total of 1,000 cases made from that single still.

“And that’s it in a nutshell. I stuck with it, had a lot of help along the way, got a lot of good word of mouth and people seemed to like the vodka I was making.” He went on to say, “It was not easy at first, but I think one of the main things that kept me going was the fact that
I was working with great people in the industry. I love the people who work in the hospitality industry; it truly is a great business to be in!”

With that, Tito excused himself, explained he had a meeting to get to, and insisted on paying the check. But before he left, he gave George a signed bottle of Tito’s. “Think of me next time you make yourself a Moscow Mule, and I thank you very much for your support of my vodka.”

George sat there finishing his Mule, when the bartender approached him. “That Tito is a solid cat!” he said.

George returned to his room and immediately got online and ordered himself a set of copper Moscow Mule mugs, as he knew this newly discovered classic would become a regular offering for his friends and family. 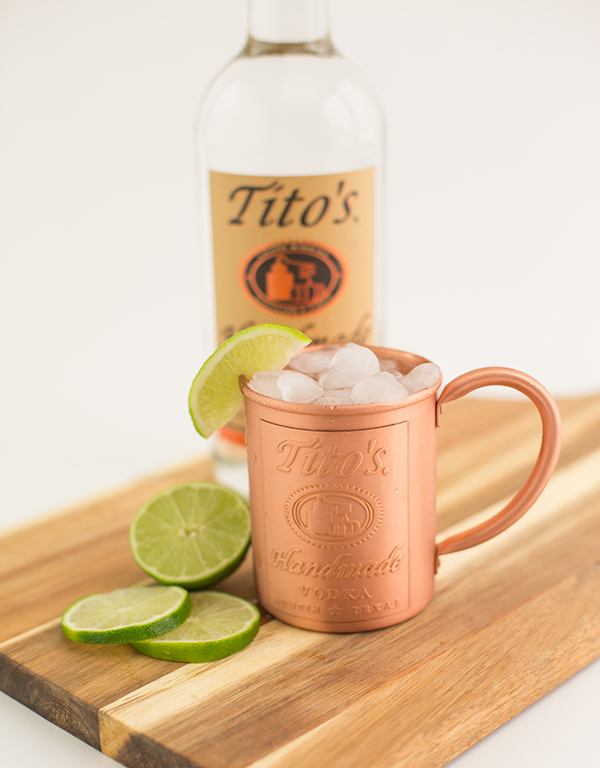 Editor’s note: The Mule made with Tito’s Handmade Vodka is commonly called an American Mule!

Tony Abou-Ganim’s bar tools and Mule mugs can be found on his website, modernmixologist.com 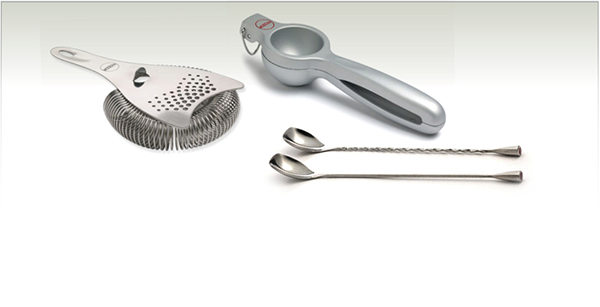