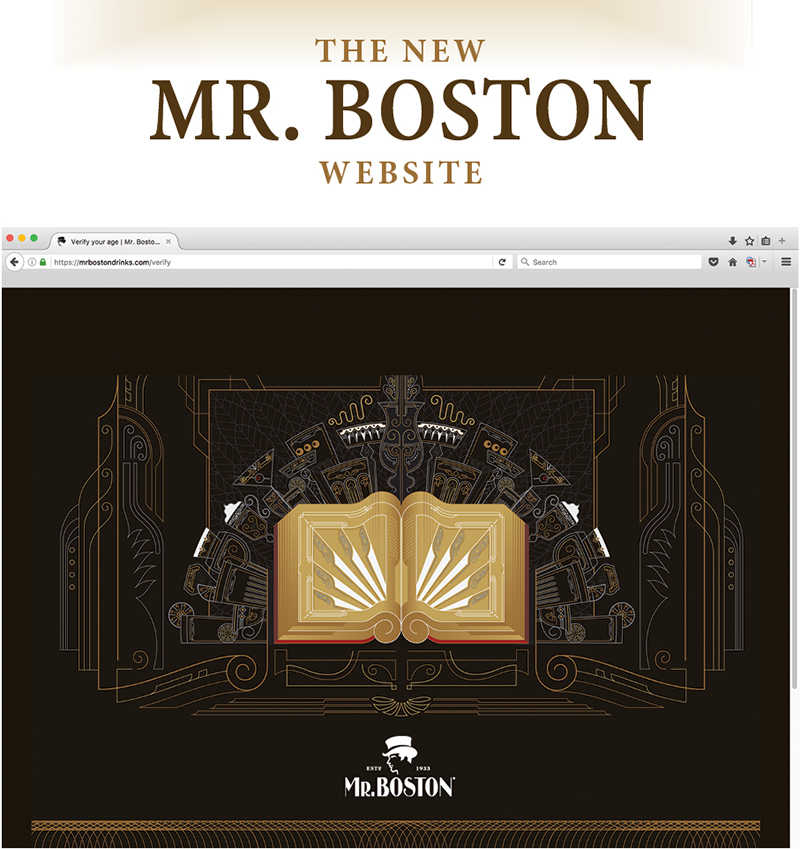 For more than 80 years, the Mr. Boston Official Bartender’s Guide has sat on bars across the world, offering not only cocktail recipes but also party planning tips and historical tidbits on drinks. Now the book once called the “Bible of Booze” has entered the digital age, with the launch of the website, mrbostondrinks.com, which contains more than 10,500 drink recipes. Each recipe has been entered into a drinks database, just as it was originally found in the printed books.

The Sazerac Company bought the Mr. Boston brand in 2009 and immediately started working on taking the famous red book into the next century by building this comprehensive website. The company started by rounding up as many of the editions of the Bartender’s Guide as could be found, which was, at last count, 58 out of the 75 guides published. From there, every single piece of data was entered into a custom-built database, which ended up containing 210,780 points of data and 10,539 recipes (so far!). 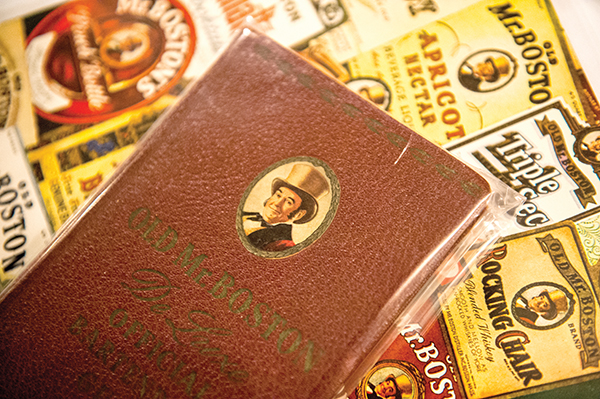 “The Mr. Boston books have covered the evolution of the cocktail in America since Prohibition, but sadly, they were let go over the years,” said Mark Brown, President and Chief Executive Officer, the Sazerac Company. “The ties between our company and that brand are inextricably linked, with not only the Sazerac Cocktail but also our heritage in New Orleans, a city long synonymous with the cocktail culture. It was a natural fit to bring it all together where we are ensuring the future of the brand for at least another 80 years as the ‘go to’ site for professional and amateur mixologists.”

Upon entering the site, visitors are greeted with options to look for a specific cocktail, or explore areas such as bar basics, history, spirits and a shop. One can search for drinks by specific ingredients (for example, bourbon, vodka, etc.) or even specific color (for example, if you want to have a green party). There are instructional articles and videos on the site, such as “view types of garnishes” and “learn to make your own grenadine.”

If one is feeling nostalgic for the former print editions, 12 of the past editions published between the years 1935 and 2012 have been digitized, providing users the opportunity to view an original cocktail recipe with today’s current recipe, to see how the drink has evolved through the decades.

Users can interact with the site as well, by creating their own bar book, which will allow users to mark different recipes as a “favorite” so they can build their book for future use and share the contents of the book with others on social media sites.

Users also have the opportunity to review each recipe listed and add commentary about the cocktail, which may be published on the site.

Other features to come soon include more instructional videos, a section for rare and esoteric cocktails, seasonal drinks, a guest editorial section and a reservoir of well-written articles on cocktails, to serve as a reference.

Sazerac does plan to obtain the remaining 17 copies of the Official Bartender’s Guide it is missing and incorporate those recipes into the site as well. Future plans also include establishing a physical Mr. Boston Homeplace at a location yet to be determined, as well as developing bartender recognition awards and working with bartender training schools. “We’re very excited to see the culmination of seven years of work come together in this beautiful website,” added Brown. “We want it to be a true resource for those in the spirits industry and those making cocktails at their home bar. We intend to keep adding to this site to make it even more robust than it is now.”

About the Sazerac Company