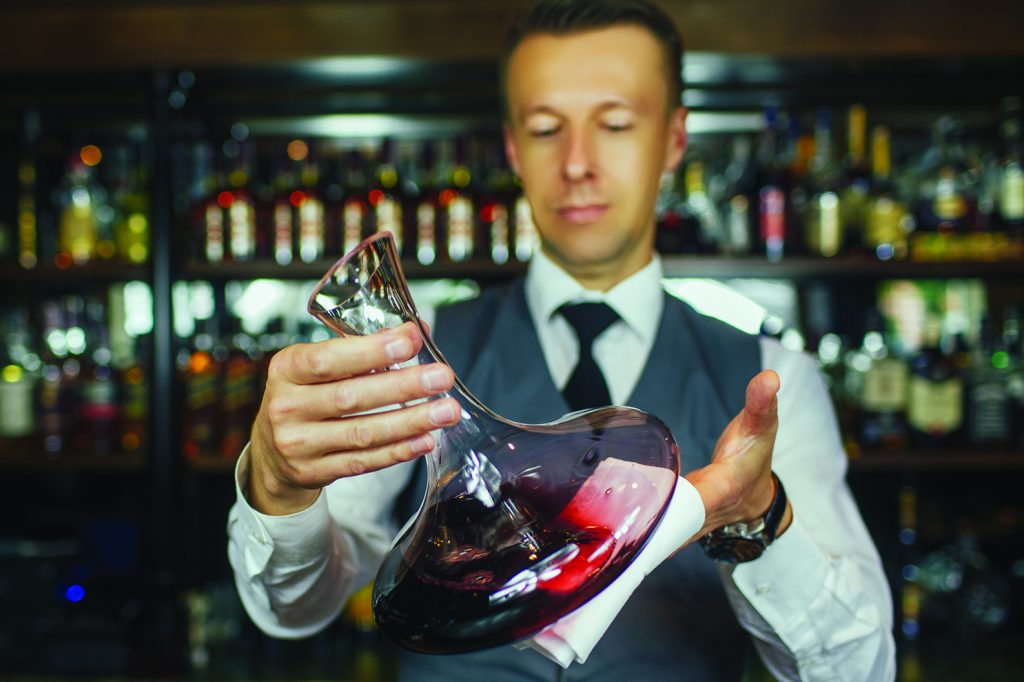 Those of us in the wine trade or wine education frequently hear “Oh, that’s a ‘sommelier wine’” in both a positive and negative context. My purpose is to explore what is meant by such a term and how people place it within such disparate contexts, the reasons for the different points of view, and how possibly these wines shape current and future trends in the marketplace.

It’s been my experience, more often than not, that the term is used as a mild form of disparagement. The meaning ascribed to such a wine is one that a sommelier has “discovered” and promoted it, more as a reflection of how knowledgeable he or she is, than offering a consumer the benefit of enjoying the uniqueness of the wine. It also is used in this fashion as a rebuke to sommeliers who forget their true target audience. It refers to a wine that few people, if any, can relate to, and one that is emblematic of a showing off of knowledge. But is that a fair accusation? It is very contextual. By that, I mean that a “sommelier wine” in a singular sense may mean something very different, depending on the context.

When I hear the term, I do think the wine referred to is likely to be geeky or obscure, whether as a variety or blend, or by method of production or location. But, just as I am fine with a chef having an obscure item or flavoring in a dish that requires explanation, I find a low percentage of such wines on a general wine list to be not only reasonable but also desirable. The selection of such a wine reflects someone who is passionate and who wants to share that passion with those who are adventurous in wanting to be guided to a new experience.

Years ago, sommeliers at high-end restaurants were led on wine junkets to Mendoza, Argentina to be primarily introduced to Malbec and other wines of that region, to help develop a market in the U.S. As we now see, that marketing strategy was eminently successful. More recently, Assyrtiko from Santorini as well as other fabulous wines of Greece, were initially marketed in the same manner and they, too, have found now broader appeal. There is a market for gustavores, such as myself, who seek to learn from those sommeliers that are impassioned.

The implication very often of a sommelier wine is that it also has “minerality,” a term that was nonexistent when I first started in the wine game many years ago but which is now seemingly ubiquitous, especially in describing primarily traditional European wines. It also implies a wine that enhances and is enhanced by an appropriate food pairing, usually because of its high acidity, almost bitter saline quality, and lower intensity fruit character and alcohol.

There is no doubt that sommeliers have been in the forefront of both being initially exposed to formerly unknown wines and then exposing their public to new wine experiences, and to me that has been nothing but a good thing. I will highlight but a few that have or may become trendy, or may vanish in the ocean of wine labels we are now exposed to, and that qualify as sommelier wines. 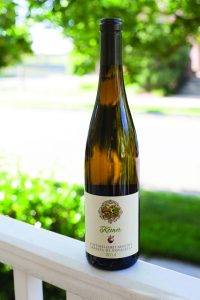 For whites, we now see wines from Alto Adige, such as Kerner. Who knew? But, opening such a bottle not only exposes the drinker to a lovely aromatic experience but also awakens an interest in that region, which has such a plethora of excellent wines. Italian whites that had traditionally been disparaged due to prior low quality or oxidized examples, are now finding wider audiences because of their mouthwatering freshness. As examples, I refer to a Cataratto from Mt. Etna, a Verdicchio dei Castelli di Jesi, a Pecorino from Marche, or a Vermentino di Galluria from Sardinia, or a minerally and aromatic Soave made from the Garganega variety. For reds, the minerally red wines of Mt. Etna in Sicily made from the Nerello Madcalese and Frapato varieties have gained more visibility, as have the reds from Northern Italy such as the Lagrein from Alto Adige or the Schioppettino, Teroldigo or Refosco dal Peduncolo Rosso, all of which express a unique characteristic and expression of place.

I have already mentioned Assyrtiko but other Greek varieties such as Malagousia or Robola from Kephalonia may soon find a wider market, thanks to sommelier advocacy. Also from Greece are the ancient Xinomavro, Aghiorgitiko (Saint George) and, even more recently available in the U.S. market, Limniona, all of which delight especially when accompanied by foods. None would have gained the currency were they not heralded and included on wine lists curated by sommeliers.

Another wine that could be viewed as really obscure but connects with a wide audience looking for an authentic experience is Rkatsiteli from Georgia – the one bordering Russia and Armenia – especially if it is made in the ancient tradition of a “qvevri” (earthen jar). The latter relates to a category of sommelier wines comprising natural wines, including “orange wines.” Suffice it to say that this is a topic for a stand-alone article. Rkatsiteli is one of the world’s oldest known varieties, yet is grown extensively throughout Eastern Europe and can also be found as a delicious expression at Dr. Konstantin Frank’s winery in the Finger Lakes of New York state. Another ancient red variety from Georgia and also grown at Dr. Frank’s winery is the Saperavi.

Wines from Corsica have become trendy thanks to the continuous efforts of importer Kermit Lynch, who recognized the island’s potential early on and spread the news to sommeliers eager for something new. Whites include the Vermentino, which expresses itself very differently from Sardinia or the Italian Tyrrhenian coastline, or the once nearly extinct indigenous biancu gentile. From the Douro in Portugal, we now enjoy Dirk Niepoort’s Redoma Branco, which is an aromatic field blend of obscure grapes including Rabigato, Côdega do Larinho, Arinto, Gouveio, Boal and Viosinho, among others. Such a refreshing wine is counterintuitive in a climate as hot as the interior Douro Valley. Or, you may choose an Arinto de Pico or Verdelho de Pico, an almost briny, gob-smacking wine. If ever there was such a wine described as “minerally,” this would serve as a paradigm.

Regarding France, one could almost believe that all of its wines had long been “discovered” but the wines esp 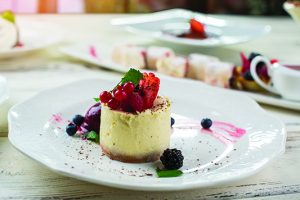 ecially from the Jura are quintessentially sommelier wines, especially those made from the Poulsard (or spelled “Plousard”) variety. If you want something geeky but truly delicious to accompany your light chocolate or sweet creamy dessert, try a Cerdon de Buguey red sparkling wine made in the rural or ancestral method. These wines went from obscurity to widespread availability in fine wine shops and sommelier restaurants, despite relatively low production. Another example that could easily be cited as a successful sommelier wine is grower fizz, or Champagnes made by individual grower producers, whose cause has been championed by the likes of Terry Theise of Skurnik Wines.

Wines made from the Godello or Mencia varieties, especially from Bierzo in the northwest corner of Spain, are becoming more prevalent due to the attraction created by sommeliers. While sherries have been well known for some time, as described in a previous article, a Fino en Rama, unfiltered and significantly more intensely nuanced, could be considered a geeky sommelier wine. It might be that both the high-end Frasqueira 20-year old vintage Madeira wines (made from the noble varieties) and Colheita ports will become trendy, as these are increasingly touted by sommeliers for their uniqueness.

And that is the point. The sommelier wines, as defined by me, have a uniqueness about them that provides their clientele a potentially extraordinary or personally meaningful experience. The patrons did not discover these wines on their own but often were introduced to them due to the efforts of impassioned importers such as Louis Dressner, Kermit Lynch, Michael Skurnik and Neal Rosenthal, who have been cutting-edge in representing more obscure, high-quality level and differentiated wines, and have been key to disseminating their less well-known portfolios to sommeliers around the country.

And while the primary focus of sommelier wines has been on European appellations, there are many such differentiated, unique wines from both the U.S. and other New World countries, which should get attention as well. A Tablas Creek Tannat from Paso Robles, or a Michael Shaps Petit Mensang from Virginia, anyone?

At the end of the day, it is about context. If sommeliers are there to serve their clientele by offering great new alternatives for adventurous palates and minds, I am all for sommelier wines. But if the selected wines are there to demonstrate how smart and well-educated the sommelier is on wines, with little regard for the clientele’s needs and desires as it relates to wine choices … well, that’s another story. Fortunately, in my experience, that is less of an occurrence than it once might have been. So, add an obscure sommelier wine or two to your list to offer your clients an adventure but don’t make them feel small by overwhelming them with your knowledge.