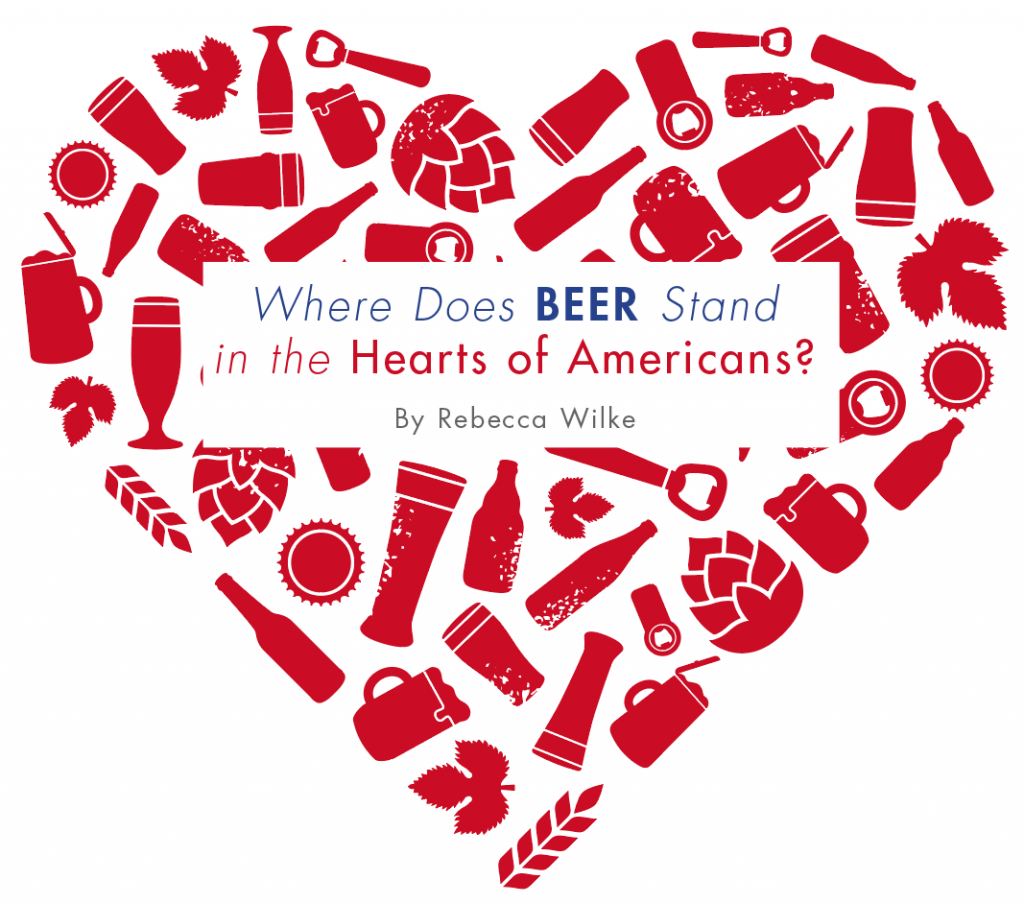 America is in a “State of Beer” – the red, white and brew. Currently there are more breweries in America than at any other time in history. Before Prohibition, the highest number of breweries was 4,131, in 1843. Many were very small and focused on local production, with the largest one producing just 138,449 barrels a year, or the equivalent of 4,466 kegs of beer annually. While the 2016 final numbers are still pouring in, there is an estimate that there will be close to 5,200 breweries in America. If you’re a numbers person, this boils down to roughly 2.2 breweries per 100,000 21+-aged adults. Even more eye-opening is that the growth rate is a net of about 2.1 new breweries a day right now (openings-closings). Yes, a day!

With such a competitive market, one would wonder, why get into an already crowded space? A brewery must be able to differentiate itself from the competition down the street. How does one do this? Sure, a prime location or the fancy labels can’t hurt, but it comes down to the quality of the ingredients in the beer, the people, an innovative spirit and most importantly, their passion.

No one has changed the beer industry more than Jim Koch did when he started Boston Beer Company in 1984 with his partner, Rhonda Kallman. It was his passion that led to the disruption of the beer industry as many Americans knew it. Under his direction, seasonal beers, smaller batches, and brews using specific hop and yeast strains led his company to brew countless styles of beer, including the 60 varieties currently offered under the Samuel Adams label. 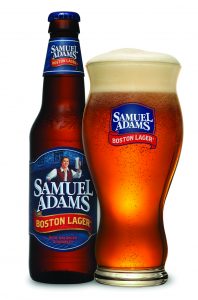 In a relatively short time, the total craft beer share has grown and expanded to 13 percent by volume, which is approximately one out of eight beers. Anheuser-Busch InBev and MillerCoors, which currently are the two largest brewing companies, manage to own approximately 70 percent of the beer category, with the rest primarily being imports.

While many debate the term “craft,” according to the Brewers Association, an American craft brewer is defined as small, independent and traditional, with an annual production of six million barrels or less, the ownership or controlling entity is less than 25 percent, and the total beverage alcohol volume flavor derives from traditional or innovative brewing ingredients and their fermentation (flavored malt beverages are not included). The Brewers Association is a national trade association that represents America’s small and independent craft brewers, with 70 percent of the breweries in the country as members.

Long gone are the days of cheap beer, one main taste profile with a lighter calorie version, and a choice of long neck bottles or 24-can boxes. Starting with early pioneers like Koch and now continuing through today, brewers are continually experimenting with barrel-aging, sours, different styles of IPA (India Pale Ale known for its hoppy characteristics within the pale ale category), and interesting ways to engage customers while at their brewery or tasting room and out in the market.

Marketing beer isn’t anything new. However, with a new drinking generation open to trying new things and a desire to experience and not just drink, clever marketing is more valuable than ever. Call it what you want – from tap trails to ale trails and beer boulevards – the collaboration of multiple breweries in a small region brings awareness and introduces drinkers to brands, who might not have heard about the brewery through more traditional methods. Strength in numbers is proving to be a smart tactic.

Another increasing trend is the use of Crowler machines – a custom package and sealing system for 32-ounce can sales. Oskar Blues and Ball Corporation announced the machine’s debut in 2014 and it has quickly risen to fame with small U.S. brewers and retailers. Almost 1,000 machines have been sold nationally since launching, with California businesses owning around 100 currently. One of the nation’s top grocery stores is trying it out, too. Kroger is testing Crowler fills at a 12-tap station designed for growler fills in their Memphis store; and so far, they are impressed with the results.

Crowlers and tap trails alone aren’t going to keep breweries in business, but the openness to be the first to try something new and out of the ordinary will definitely get the attention of casual drinkers, beer aficionados and media. For instance, Moonraker Brewing, a new award-winning brewery in Northern California, is already taking the state by storm with their hazy Northeast-style IPAs, which the West Coast market was lacking and fairly unfamiliar with until recently. Moonraker opened its doors in early 2016, and was started by husband and wife team, Dan and Karen Powell, along with an investing partner and Head Brewer, Zach Frasher. They met Zach while he was working at a local homebrewing supply store and brewing for another area brewery. Together they have created the kind of instant success that is only dreamt about. 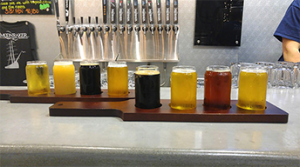 By venturing out and producing something that wasn’t well known or oversaturated in the area, along with making high quality beer, they have already garnered awards from the Great American Beer Festival, and have been recognized as RateBeer’s “Best New Brewer in California” and ninth best in the world, out of 6,500 breweries worldwide. The biggest surprise was they recently beat numerous other double IPAs, including Russian River’s highly sought-after Pliny the Younger (formerly voted “Best Beer in the World” by Beer Advocate) at the 17th annual Bistro Double IPA Festival, which is a large competition on the West Coast.

During America’s brewery count low point in 1983, there were only 51 beer companies operating 80 breweries. Even with all the publicity of the Millennial wine-drinking trend being quickly on the rise, beer is still the go-to beverage for adults ages 21+ according to a recent Harris Poll. Nearly four in 10 regular drinkers prefer beer (38 percent) over wine (31 percent) or spirits/liquor (28 percent). The overall gaps are getting smaller between beer and wine; and while more women favor wine (45 percent), beer is desired among men (55 percent) and those between the ages of 21 and 54 (average 42 percent).

In the same poll, we learn that adults, whose current beverage of choice is beer, favor domestic non-craft beer (38 percent), followed by craft beer (29 percent) and imported beer (23 percent). The gaps are getting smaller and are closing at a faster rate than many estimated. After all, a majority of Americans live within 10 miles of a craft brewer.

Based on all these numbers, brewers are in a good position to capitalize on the current consumer trends in the beer industry. With some creative marketing, smart positioning in the community and a quality product, the world is there for the taking! America is ready to fall back in love with the beverage they turned to many years ago, with a renewed outlook, innovative beers and new technology. Isn’t life BREWtiful?

Bart Watson, Chief Economist at the Brewers Association kindly provided many of the statistics used in this article – www.brewersassociation.org