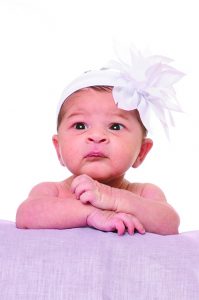 For food and beverage service employees, a life-altering circumstance like a medical scare or diagnosis, a car accident or a house fire can quickly become unmanageable financially and emotionally. Luckily, for those employees who have children, CORE can help provide support. CORE is a national 501(c)(3) organization that supports children of food and beverage service employees navigating life-altering circumstances. Since 2004, CORE has provided support to over 165 families and raised over $2.5 million.

Olivia Sokol and her parents, Justin and Nardia, became a part of the CORE family in August 2016, when Olivia was just five months old. Justin was working at Cuba Libre Restaurant and Rum Bar in Philadelphia, and Nardia was in her fourth year of medical school at Temple University, when she was admitted to the emergency room for severe abdominal pains. Doctors discovered that Nardia had a previously undiagnosed congenital malformation of her bowels, which eventually caused her intestines to wrap around themselves, creating a life-threatening loss of circulation to her intestines and other organs. The doctors operated immediately, untangling her bowels and repositioning them correctly, and also removing her appendix. A few days later, they had to operate once again due to unexplained internal bleeding. Thankfully, Nardia survived the surgeries and began recovering. After four weeks in the hospital, she was able to resume medical school and begin her five-month, multi-state externship endeavor, while Justin stayed in Pennsylvania with Olivia. 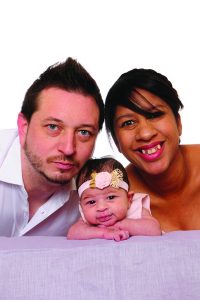 To support the Sokol family during Nardia’s health crisis, CORE paid for the couple’s rent and daycare for Olivia, and sent the family a package full of clothes and toys. CORE also bought plane tickets for Justin and Olivia to fly to Denver for Thanksgiving and provided support for travel to Pittsburgh for Christmas, so they could be with Nardia as a family over the holiday!

Justin recently gave CORE an update, saying that Nardia is fully recovered and Olivia is healthy and growing quickly. We are honored to have been able to help the Sokol family!

There’s a way for everyone to support CORE and give back to our own! You can refer a food and beverage service family for support at COREgives.org, become a COREporate member or event sponsor, become a CORE Ambassador, or host your own promotion or event to benefit CORE. For more information, visit us at COREgives.org or call 404-655-4690.