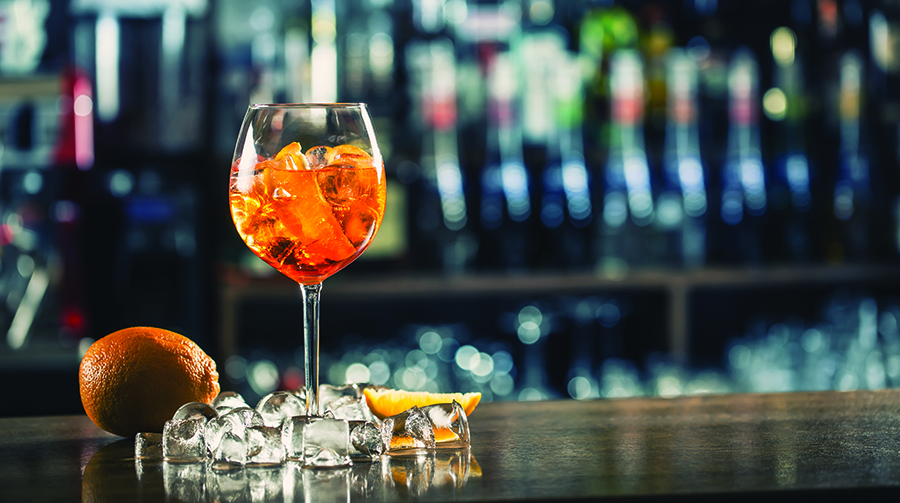 Take a look at any bar menu these days, and there’s no missing the newfound prominence of ingredients like vermouth, sherry, fortified wines and amari. In common, beyond a savory and herbaceous range of flavors, is their lower proof, making them perfect complementary ingredients in the contemporary cocktail toolkit.

Bars and restaurants all across the country are incorporating them, either as one of a handful of ingredients in assertive cocktails, or as leading lights in drinks on their own. More imported and even domestic amari and vermouths are being featured, and a decade-long effort to popularize sherry as a drink component has borne fruit – both vermouths and sherries are even finding their way into some operations on tap.

“I think this trend has impacted a lot of operations across the country for a couple of different reasons,” says Gary Gruver, Marriott Global Operations Beverage Manager. “A lot of these ingredients have been used forever in classic cocktails that are undergoing a resurgence. I also think a lot of these ingredients like Aperol and Campari, beside being ingredients in classic cocktails, are more appealing as the American palate has shifted over the past 10 years to more bitter beverages.” He notes that the success of Starbucks, once critiqued for its dark roasted brews, has changed consumers’ opinion about the more bitter flavors found in amari, for example.

They are also attractive not only for their flavors but also for their lower impact. “These ingredients add more complex flavor and also less alcohol,” says Tylor Field III, Divisional Vice President of Wine and Spirits, Morton’s The Steakhouse, Oceanaire Seafood Room, Mastro’s, Strip House – Landry’s, Inc. “You can enjoy a Negroni before dinner and then have a great bottle of wine, or drink five ounces of vodka in a Martini and fall asleep before the wine comes. The low alcohol cocktail lets you have both.” He added that also, many of these ingredients have a sense of place that helps create a special event impression.

What counts as lower proof? The average properly made cocktail can range anywhere from about 20 percent alcohol by volume up to around 25 to 30 percent for strong and stirred. A drink based on vermouth, sherry, amaro or other lower alcohol ingredients, as in aperitivo cocktails like the Americano or the Aperol Spritz, will instead be served, depending on the recipe, at between eight and 13 percent alcohol. 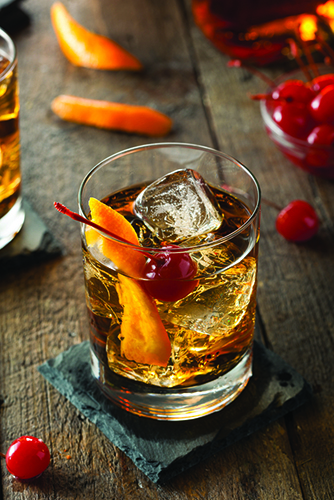 The attractions for operators to include more of these drinks with lower alcohol levels are obvious. Comparably less expensive ingredients make for more profitable drinks, and the number of drinks served may increase as well. Variations of the Aperol Spritz, especially during brunch service, have definitely benefitted from the lighter proof trend.

“It’s a major trend right now, these low-proof aperitivo type of cocktails,” says Brandon Wise, Corporate Director of Beverage Operations for the Denver-based Sage Restaurant Group, whose operations include Urban Farmer outlets in Cleveland, Portland and Philadelphia. “The darling this year is the Aperol Spritz and I couldn’t be more excited about that, in that it’s one of my favorites. We even have one on tap at our rooftop bar called Assembly, and it’s our best selling drink there by far.”

Like Field, Wise points out that drinks incorporating these full flavor but lower proof ingredients allow customers to pair multiple cocktails with their meals, a boon for culinarians. “With vermouth, fortified wines and amari, that gives chefs and bartenders lot of flavor possibilities there. It’s an exciting trend and one we’re fully embracing.”

While current cocktail trends tend to percolate up from niche urban bars and restaurants, the turn to vermouths, fortified wines and amari is no longer limited to those outposts. “As the trend for classic, pre-Prohibition era cocktails has made a comeback in recent years, we’ve made an effort to incorporate certain items into our menus,” says Hilary Leister, Beverage Project Coordinator – IMI Agency, for Interstate Hotels and Resorts. At Interstate, the beverage program is re-created every two years, with trends and sales playing an important role in decision making; and currently, that means more space for these types of ingredients. “A majority of our properties are required to carry both sweet and dry vermouth,” she says, which is a far cry from the days when vermouths gathered dust on the back bar.

“Bartenders are starting to realize that not all vermouths are alike and we now have a range that can make different styles of Manhattans that go better with different ryes or bourbons,” adds Gruver. “The differences between heavy and rich Italian red vermouth Carpano Antica and the lighter French red Dolin show how the flavor profile of vermouths can vary dramatically,” he says.

For the Sage Group, vermouth is a big deal. “We’re totally head over heels in love with vermouth,” says Wise, who pours an American vermouth on tap and is about to collaborate on private label sweet and dry vermouths for the group. “These days, we’re really paying attention to every ingredient and vermouth is very important again.”

At the Kimpton Hotel-owned Urbana Dining & Drinks in Washington, D.C., bartender Andrea Tateosian is a big fan of the savory qualities vermouth and sherry bring to the glass. “I’m seeing a backlash against the backlash against vermouth, a movement to 2 to 1 and even 1 to 1 Martinis, and it has breathed new life into vermouth as a category. People have found they work really well and have the backbone to support an entire cocktail, rather than being a sideline player,” she says.

It’s not a universal trend, however. Field points out, “Guests are willing to trade up to a top-shelf vermouth like Carpano versus a standard vermouth we use for a normal Manhattan, but still do not want vermouth in their vodka or gin. This is still based on their having been accustomed to getting awful oxidized vermouth in the past. Restaurants are getting better at taking care of their vermouths now so maybe the trend will flip again,” he says. His operations are, however, finding guests turning more to the Italian amari, with increases in sales of Negronis and Boulevardiers made with Campari, the leader for him in the bitter category in sales.

For Tateosian, sherry is especially interesting. “Sherry is an incredibly diverse category, from bone dry and savory, to nutty and raisiny, to extremely sweet and more syrupy. Taking these under utilized ingredients with a wide breadth of flavor can add something to pretty much any type of cocktail.”

At the Sage Group’s Urban Farmer Philadelphia, any number of drinks feature amari – Ramazzotti, Cardamaro, Aperol and Cynar, among others – while other drinks can include a range of Cocchi di Torino vermouths, and sherry and house vermouth on draft. The cocktails featured on current Sage Group menus include, at Denver’s Corner Office, a coffee-infused Campari cocktail; while at Urban Farmer Portland, there’s one made with Sauvignon Blanc and the amaro Averna, and the Red Bandido made with tequila, Mezcal, Aperol and Cocchi Bianco vermouth.

Tateosian says the emergence of this range of ingredients has stimulated curiosity among customers. “We’ve been finding guests are responding more and more positively to interesting ingredients in and of themselves. A lot of these ingredients have wonderful herbaceous qualities and they all have uses in cocktails predominantly as modifiers, but now they’re starting to come more into play as base spirits.”