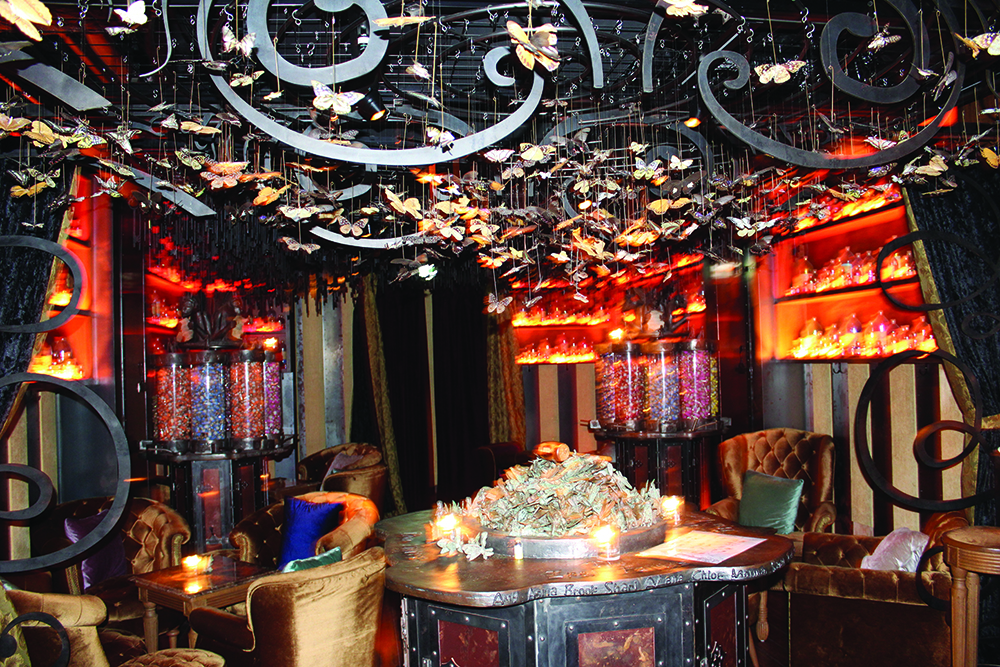 A confident generation of Japanese bartenders, entrepreneurs and restaurateurs is transforming their country’s time-honored drinking and food institutions into animated trends tailor-made for the 21st century.

Sake has been around for hundreds of years. Japanese whisky has come of age to the point where it could be written off as a relic of older generations. Sake bars and whisky bars remain staples for movers and shakers of all legal drinking ages.

Meanwhile, thanks to industrious brewers in Japan and determined importers in the U.S., sakes in their many expressions have become a familiar part of the bar connoisseur’s vocabulary in Tokyo and Kyoto. High-end Suntory and Hibiki whiskies share coveted shelf space with some of America’s finest Kentucky bourbons, single malt Scotches and prime aged Irish whiskies. It also helps that in the last couple of decades, women around the world – including in Japan’s urban centers – have joined the party, ordering flights or cocktails with higher-proof whiskies bursting with earthier, heartier compositions, rather than falling back on Chardonnay or sweet vodka-based things their mothers may have ordered.

(Older) boys will be boys, and “old school” whisky and sake bars still do a good business in Tokyo, Kyoto and Osaka. However, bar owners and bartenders in Kyoto and Tokyo are embracing the challenge and are doing what electronics manufacturers did in the 1950s and ‘60s: combining Japanese and Western ideas to get a younger generation excited about what’s “made in Japan.” 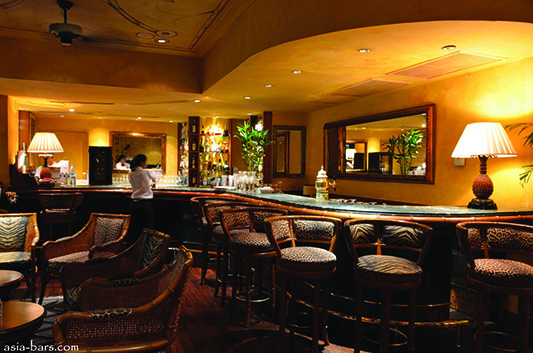 Bars inside Tokyo’s five star properties are as expansive as the indie bars are intimate. However, hotel bartenders are just as eager to blur the lines between “East” and “West” by reinventing recipes based on the changing tastes of their local and international customers. “Western cocktails are really popular in Tokyo, but the use of Japanese whisky and sake gives them new styles and tastes,” notes Yukiyo Kurihara, Bar Manager at the Mandarin Oriental Tokyo. “Because more of our bartenders are working overseas and winning international competitions, this presents all of us the challenge to reinvent cocktails with a shift in technique to make them unique to Japan.”

Shangri-La Tokyo bartender Jun Ohkubo connects the interest in modern Japanese bartending in Tokyo with the increasing popularity of Japanese food and flavors worldwide. “We’ve brought in methods of molecular gastronomy such as liquid nitrogen, nitrous oxide to create espuma, or using (sous vide) instant smoked and vacuum cooking method,” he explains. “However, it’s important to note Japanese bartenders use these new techniques only as a base, and complete their precisely-calculated recipes full of Japanese seasonal elements.”

The Conrad Tokyo integrates sake and French Champagne into their whimsical Pop-Tails, but for more serious connoisseur customers, they have a sake sommelier on staff to answer questions. The unique gimmick at the Peter B restaurant in the Peninsula Tokyo Hotel is a perpetually changing iPad cocktail menu that makes the process of selecting the cocktail as dizzyingly fun as whatever drink the imbiber chooses.

… And Checking Out Kyoto’s Hotel Scene 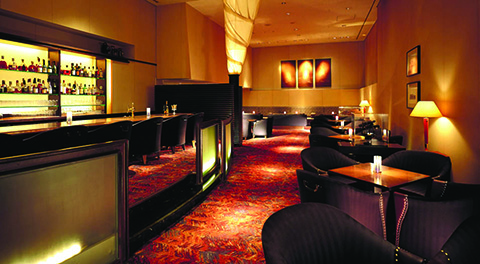 Kyoto’s cocktail scene is still in its infancy, but change is in the air. While the Hotel Granvia Kyoto’s main bar Orbite may seem like a classic hotel bar, manager Kenichiro Nagai acknowledges that Japanese and Western customer demand for seasonal ingredients and original recipes pushed their cocktail program forward. The necessity of updating the program, meanwhile, has helped him and fellow bartender Yoko Nakayama up their game. “While building the cocktail, we create a story (for the guest) by choosing a suitable glass and explaining its inspiration,” says Nagai. “Today, an original cocktail can be considered a piece of art, and because they take a long time to prepare and be a little more expensive to produce, it can be a challenge to add them to the menu. However, we’re getting positive responses to those new cocktails. It is very important for us as a ‘creator’ to keep seeking something new as well as to know and follow the latest trends, while we reserve our tradition.” 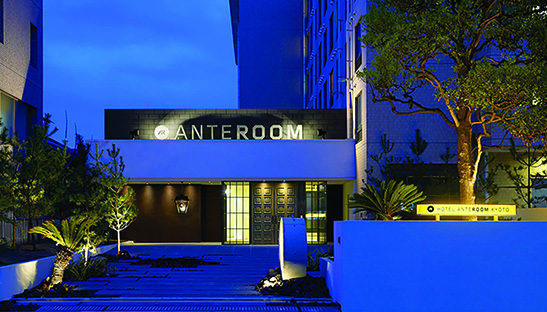 Hotel Anteroom Kyoto is a boutique hotel infused with a contemporary art-gallery sensibility, showcasing the work of some of Japan’s top artists, including Kohei Nawa and Mika Ninagawa. The former college dormitory, situated 10 minutes from Central Station, has an minimalist, loft-like feel that makes it as inviting to locals as it is to travelers in creative professions. Namina Kumasaki, lead bartender, acknowledges that since most of the customers stay at or near the Anteroom, the bar staff places a high value on relaxation and awareness of the 30 whiskies on the back bar, including craft whiskies not sold internationally and Yamazaki’s Umeshu plum liqueur, aged in whisky barrels, as well as stouts and ales from Kyoto Brewing Company, and seasonal fruits and spices featured in their small but beautifully assembled cocktail menu.

“I think it is important to tell a story behind the drinks as if you were a craftsman or a sake brewer,” Namina says. “I want to open the guests’ imagination to tasting the spirit or cocktail with all five senses. What makes a drink interesting is that original story behind it, or an episode that comes through from a conversation between the bar staff and the guests. It makes the guest’s discovery of something new vital and entertaining. In this situation, I try to devise recipes that express what I see and hear from local people.” 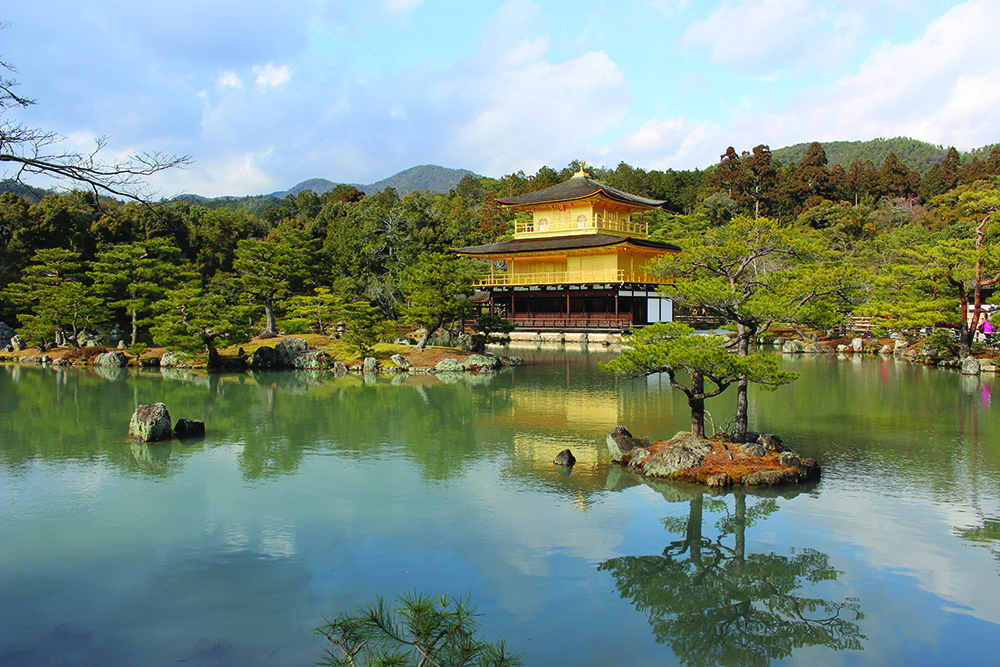 Hoshinoya Kyoto, a country ryokan retreat in Arashiyama, at the western edge of Kyoto Prefecture, offers a luxury clientele exposure to centuries-old Japanese hospitality traditions. The property’s main attraction is the building itself – a 100-year-old former private home that served as a retreat for noble and affluent guests. Now, 21st-century guests are encouraged to remain on property during the entirety of their stay, where there are a variety of activities to immerse them in Japanese history and culture. Three years ago, Hoshinoya Kyoto launched its whiskey program, which operates with the same one-on-one sensibilities used in other activities such as a flower arranging workshop and an incense ceremony practiced by the samurai. Inside the hotel’s cozy common room, the whisky tasting starts with staffer Yuki Kimura bringing bottles to the guests on a wooden tray, and offering them chocolates from a local Kyoto confectioner or a cheese plate. Brands familiar in the U.S. such as Yamazaki and Hibiki are served, as well as a handful of small batch craft whiskies.

“Many guests come to the resort familiar with Japanese whisky, but want to learn more about it as it is enjoyed in the context of Japanese culture. After our first meeting, they fall in love with Japanese whisky as a greater category,” Kimura says. “I listen to the guests to not only find out their favorites, but to also recommend less familiar spirits to them. I offer a sample sip served before the customer chooses one or two favorites in a full pour. Of course, experienced Japanese whisky drinkers from the West will gravitate toward the ones they have not yet tried.”

Although it may be surprising to some that Japan was not on the vanguard of craft spirits and mixology until recently, Iron Fairies’ Lewis Cole gained insight on why things are changing so quickly and how Japan’s cities may eventually emerge as mixology leaders. “My friend explained to me there is a saying that going from zero to one is more difficult than going from one to 10,” says Cole. “Coming up with original cocktail bar concepts has really changed the bar landscape, and there’s definitely going to be more to come.”

The following recipes are from The Granvia Kyoto 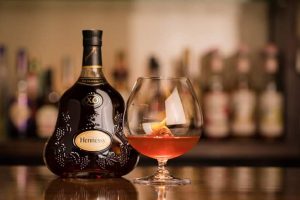 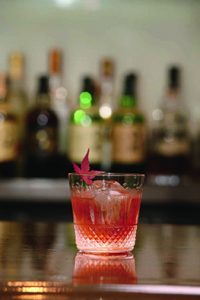 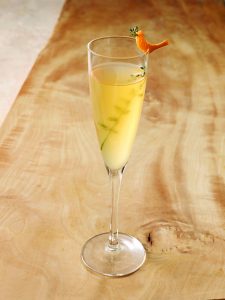 The following recipe is from The Conrad Tokyo 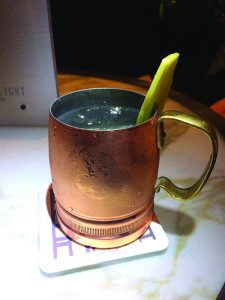