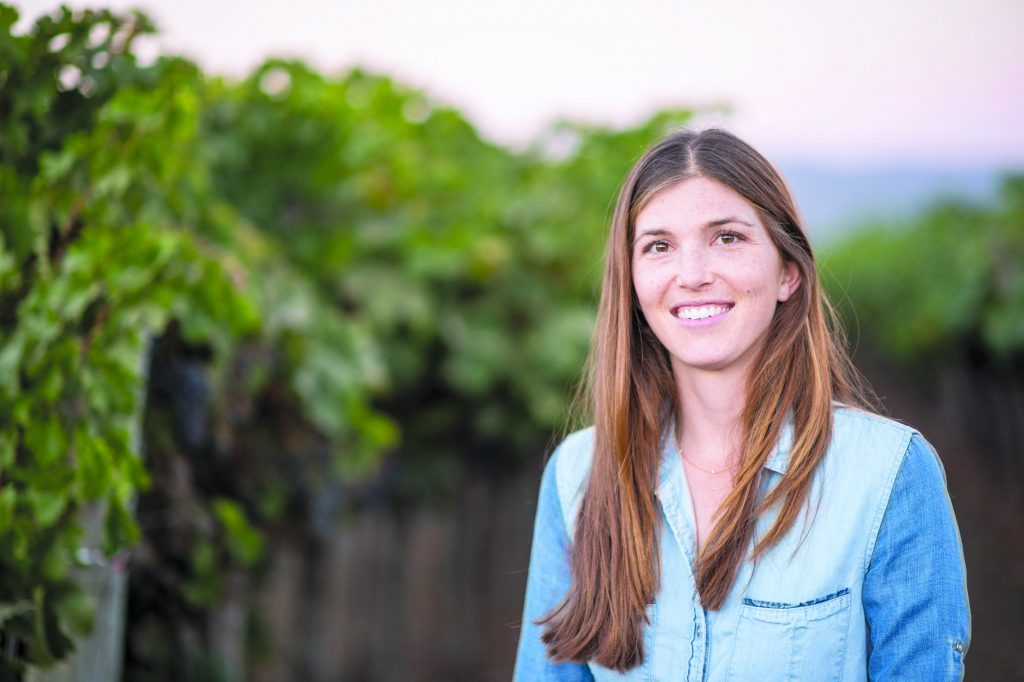 Spend any time with Napa Valley winemaker Jenny Wagner and you’ll quickly discover that she doesn’t sit still for long. At any given moment, she might be pulling a barrel sample, checking on a vineyard, or scribbling notes during an impromptu tasting. Such constant, varied activity suits her perfectly. As a teenager, she worked briefly as a receptionist and soon realized that a desk job wasn’t for her. Today, Jenny is hands-on in every aspect of producing her Emmolo Merlot and Sauvignon Blanc, from farming the grapes all the way through bottling.

“Every detail matters,” says Jenny, who even helped design the Emmolo label, with its vintage feel and embossed borders. “And there’s always the opportunity to try new ideas and push to do things better and better. That’s what keeps things interesting.” 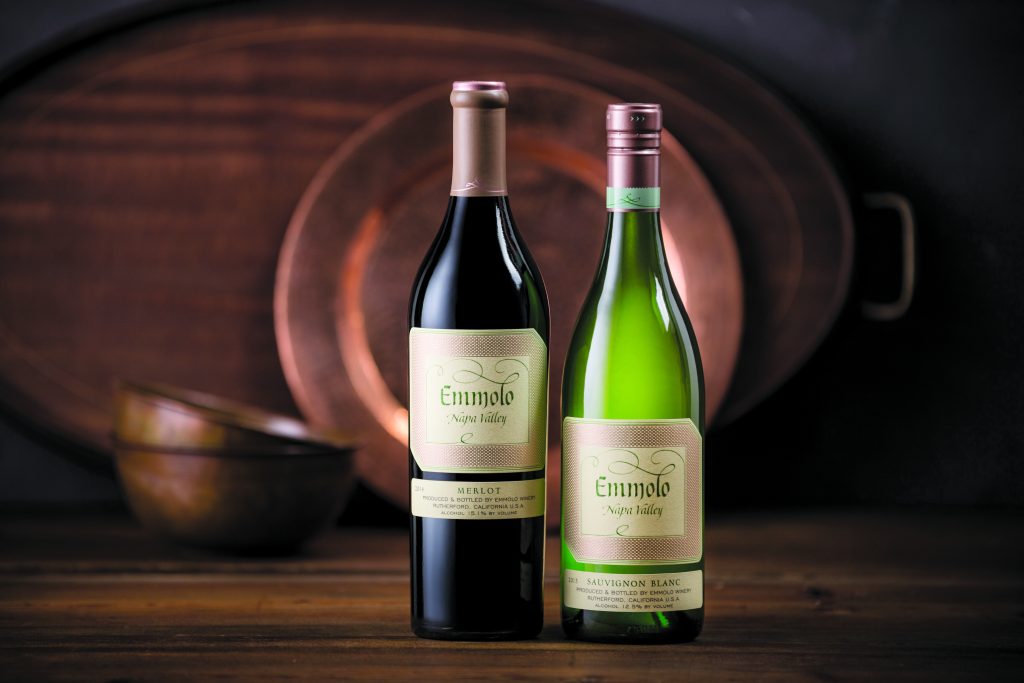 This philosophy is readily apparent in Jenny’s wines, both of which have a distinct style that is not typical for the production of these varietals in California. With bright minerality, her Sauvignon Blanc is crisp and light. By contrast, her Merlot is dark, rich and bold, marked by intense flavors and soft tannins. Jenny sees enormous potential to offer people something different and feels incredibly fortunate to have the freedom as a winemaker to put her own mark on these wines.

She is also rooted in a farming and winemaking tradition on both sides of her family that has helped shape her approach. Emmolo takes its name from her maternal ancestors, who came to Napa Valley from Sicily in 1923, buying land and starting a grapevine rootstock nursery that supplied many of the region’s vineyards. Jenny’s mother, Cheryl, has no brothers and dreamed of keeping the Emmolo name alive by making wine using family vineyards. She launched Emmolo in 1994, handing the reins over to Jenny in 2011.

By that point, Jenny had gained considerable knowledge and experience as she grew up and later worked at Caymus Vineyards, which was started in 1972 by her dad, Chuck Wagner, and her grandparents, Charlie and Lorna Wagner (Chuck’s family first came to Napa Valley in the 1850s, making Jenny the seventh generation to live in the region). Earning a business degree from the University of San Diego, she “studied” farming and winemaking by getting her hands dirty, noting that “so much of what we do can’t be learned from books. Instead, you have to constantly adapt, experiment and make improvements. My dad always says that he’s still learning, even though he knows so much. He has pushed me to think outside the box.”

Wanting his children to create their own success, Chuck helped them each establish their own wine brands, and today Jenny oversees all aspects of Emmolo. At the same time, she works closely with her dad and brother Charlie, who leads other wines in the portfolio, including Mer Soleil Chardonnay, Conundrum and Red Schooner. Together, the father, son and daughter team support each other’s projects and strategize about everything from the creation of new wines to the development of vineyard sites in diverse regions of California. 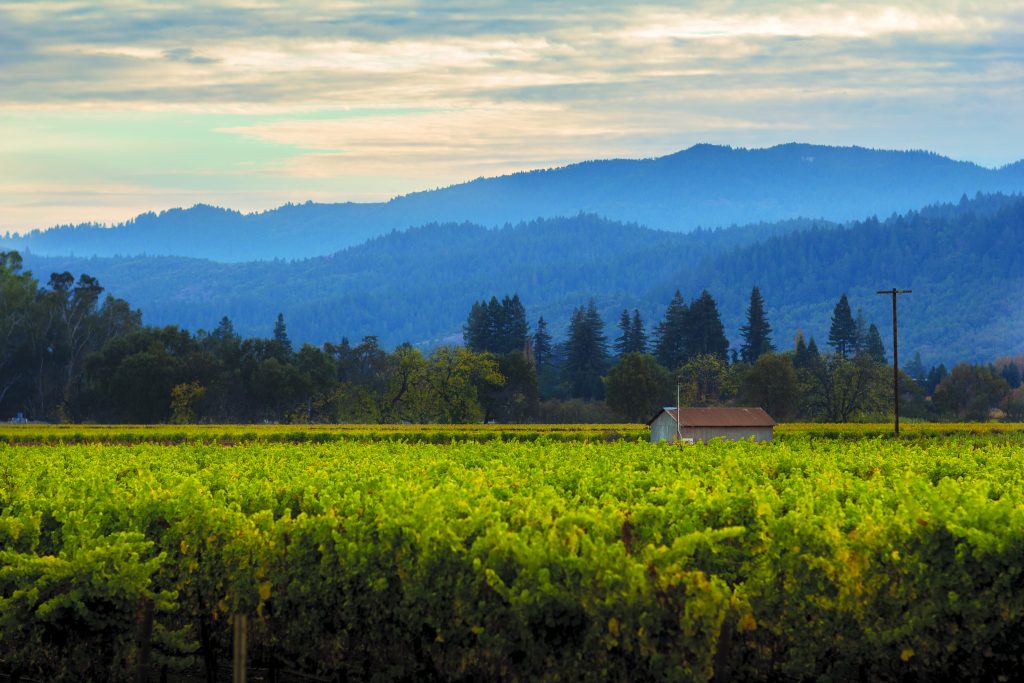 Chuck takes obvious pride in what Jenny has accomplished. “Maybe you should take this with a grain of salt, but I think she makes the best Merlot in California,” he says. “It’s dark, concentrated, balanced and wonderful. Her Sauvignon Blanc is basically being made in the vineyard, where she grows grapes that can be harvested at less maturity than is typical, enhancing the acidity and brightness while leaving behind the green bell pepper character that this variety is prone to.”

Grapes for both her Merlot and Sauvignon Blanc are grown mostly on family vineyards in two sub-appellations of Napa Valley, Rutherford and Oak Knoll, whose microclimates are particularly well suited to these varietals. The slight differences between them allow Jenny to achieve distinct characteristics in the wine. Oak Knoll, for instance, is about seven degrees cooler than Rutherford, enabling the grapes to stay on the vine longer, in turn leading to richer fruit. 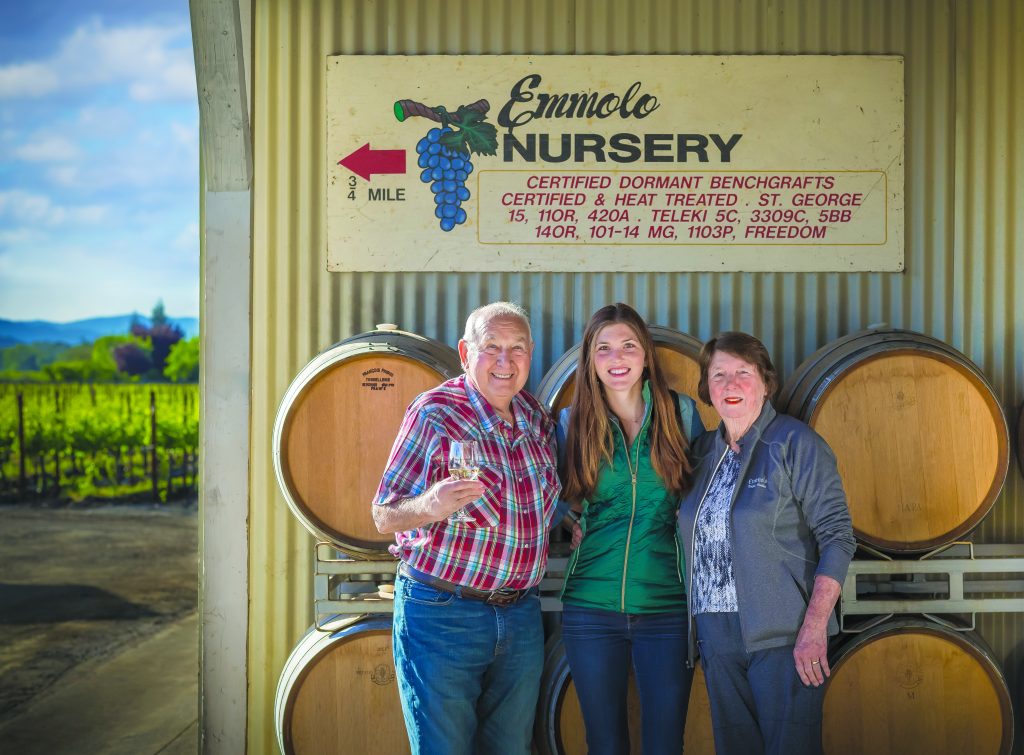 For Jenny, farming family vineyards allows her not just to produce great wine, but also ties her to a history she’s become part of shaping for the next generation. Her grandparents, Frank and Annie Emmolo, still live on the family property in Rutherford, where Jenny now brings her one-year-old son, Wiley, to visit. “I just always knew this was the life for me,” she says, reflecting on her path. “And I feel very lucky to be doing what I’m doing. Growing grapes and making wine is an amazing experience – but the best part is getting to share it. If I hear about someone enjoying Emmolo, that just makes my day.” 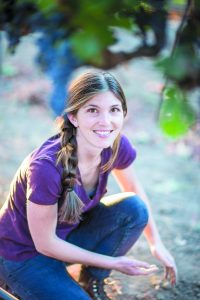 More about Jenny:
Someone she would like to share a bottle of wine with: My grandpa, Charlie Wagner. While I have shared wine with my other grandparents, I never got to with him because I was just 12 when he passed away. I would leave it up to him to decide which wines to taste – whatever inspired him.

One of her best wine memories: Some big events come to mind, but really my favorite memories are of just relaxing with friends and family. When I go to my Emmolo grandparents’ house for lunch, they always have wine to share, and it’s great just to be with them and enjoy a glass with our meal.

Something people may not know about her: I had a baby, Wiley, in the middle of the 2015 harvest. I was pulling samples in the vineyard and monitoring fermentations until the day he was born. He came back to work with me a few weeks later, which worked out because he slept a lot.

One of her favorite meals: My grandmother Annie makes an amazing chicory salad from her garden. She chops it really fine and serves it with a hard boiled egg and Italian vinaigrette. I look forward to chicory season every summer. It goes really well with Emmolo Sauvignon Blanc.

What she wants people to know about wine: I want people to have a memorable experience with wine. There’s not one wine that appeals to all, but that’s what makes it so interesting and fun! What matters is being open to trying things and giving them a chance.