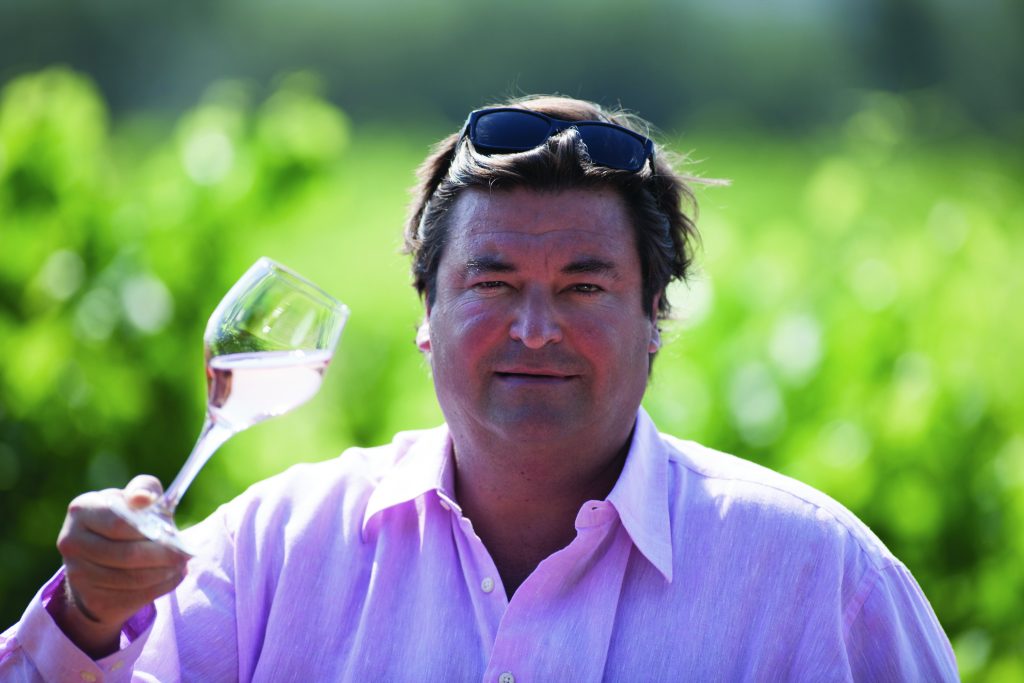 A LOT can happen in 10 years, and the monumental growth of the Rosé category is a testament to that. Ten years ago you would never find an avid wine drinker in the U.S. sipping on a glass of Rosé, but fast forward to 2017 (the year of “Rosé All Day”), and enter a time where Rosé has evolved into so much more than just a wine. It has become a lifestyle. It is not by luck or chance that Rosé has evolved into a serious wine as well as a social phenomenon, its road to success came with a lot of hard work and the unwavering determination of Sacha Lichine, owner/winemaker of Château D’Esclans.

For wine connoisseurs around the world, Lichine is considered something of a legend, born into one of the most prestigious wine families in Europe. His father, Alexis Lichine, was an author, importer and owner of Château Prieuré Lichine. He has been credited with introducing French wine to American consumers and key in shaping the future of wine sales here in the U.S.

Growing up surrounded by the vineyards of Bordeaux, Sacha Lichine spent summers in his youth on his father’s estate, Chateau Prieuré-Lichine. It was during this time that Sacha not only learned how to enjoy red, white and Rosé, but also developed an enthusiasm for quality and refinement. It seemed his future was laid out before him – owner of a prestigious and reputable estate, one of the most recognizable names in the world of wine, and the man behind an established winery known for producing some of the finest grapes in Bordeaux. Instead, Lichine walked away from the family winery and struck out on his own, to blaze his own trail as the king of Rosé. After selling the family estate in 1999 and spending years searching for the perfect property, he found Chateau d’Esclans in 2006 – a 667-acre, 13th-century vineyard planted with Cinsault and Grenache vines.

Lichine immediately set out to change the global perception of blush wines as unsophisticated and overly sweet, a description often closely associated with American white Zinfandel throughout the 1980s and 1990s. Inspired by his childhood travels to Monte Carlo for summer vacations, where he drank Rosé on the yacht of Prince Rainier and Princess Grace Kelly, Sacha aimed to bring that sophistication and glamour associated with Rosé to the U.S. Sacha applied the wisdom and skills honed during his experience by investing in vinification technology and recruiting expert oenologist Patrick Léon, and he set out to create the world’s greatest Rosé. Together, Sacha and Patrick Léon, also a Bordeaux native and former head winemaker at Mouton Rothschild, have meticulously worked to craft one of the industry’s most highly regarded portfolios of high-quality Rosé expressions: Whispering Angel, Rock Angel, Les Clans and Garrus. 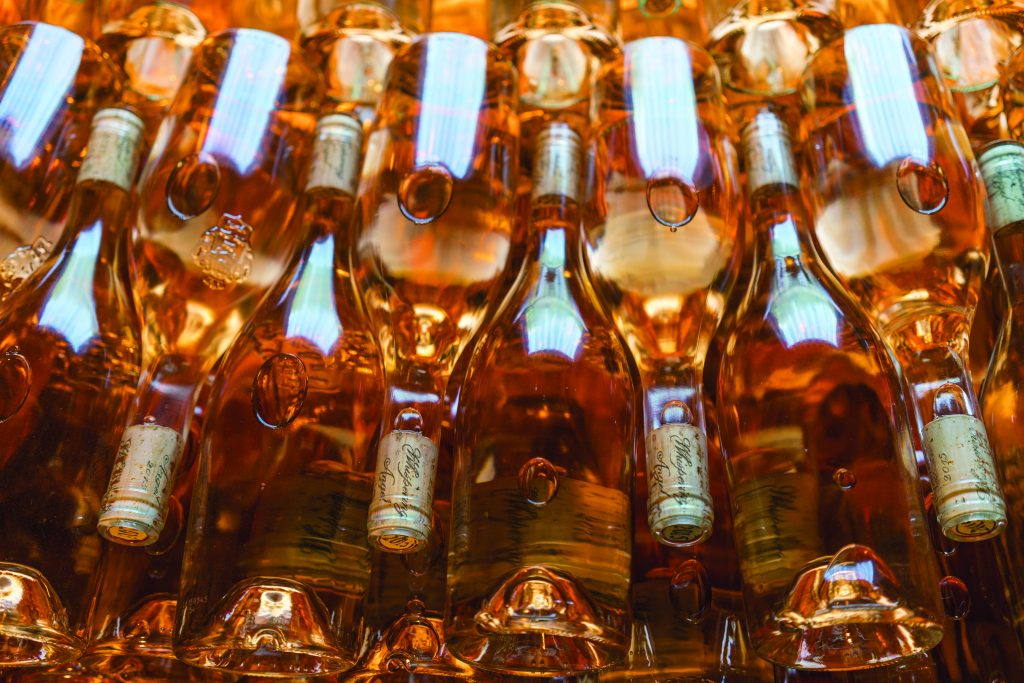 Over the past 10 years, Lichine has turned Whispering Angel into an American success story. Producing its 10th vintage in 2016, Whispering Angel has catapulted to success as the leading premium Rosé in the market and a favorite among the social elite. The winery has become the fastest growing range of fine wines to be introduced globally during the past two decades, setting the tone for unprecedented growth within the Rosé category. “Without passion, there’s not much you can do successfully in life,” says Lichine, and it is that passion that has led to the enormous success of Château D’Esclans amongst Rosé lovers.

In 2007, with the first vintage of Whispering Angel in hand, Sacha hit the streets of Miami selling his passion and Rosé in a grassroots style that has driven and continues to drive his success. He took the brand first to Miami, focusing on the chic hotels and restaurants in the city, hoping to reach the international crowd. “The best marketing is shaking hands, making friends and selling wine. I wanted to get in everywhere, from Bali to the Maldives, to the Mandarin Oriental and the Peninsula in Hong Kong,” says Lichine. “I hit the streets and burned some leather. My goal is to get Rosé in people’s mouths.”

Château D’Esclans has celebrated “Rosé All Day” for the last decade, but there is no slowing down on the horizon for the king of Rosé. More competition means that the market is only getting stronger and Sacha plans on keeping up with the ever-growing demand, aiming to reach production of 650,000 cases over the next few years. “The future is very bright – Rosé has become a lifestyle. It’s the cool thing to drink today and I don’t see that changing anytime soon,” says Lichine.

Sacha’s vision, planning and hard work have, without a doubt, transformed the Rosé category into what it has become today. In just 10 short years, production has increased by more than 2,000 percent and Whispering Angel has become synonymous with the word “Rosé.” Whispering Angel, Rock Angel, Les Clans and Garrus are distributed in 103 countries; 60 percent of that business is done here in the U.S. In 2016, Whispering Angel became the first-ever still Rosé producer in history to become the number one value French wine in the U.S, an unimaginable feat just a decade ago. 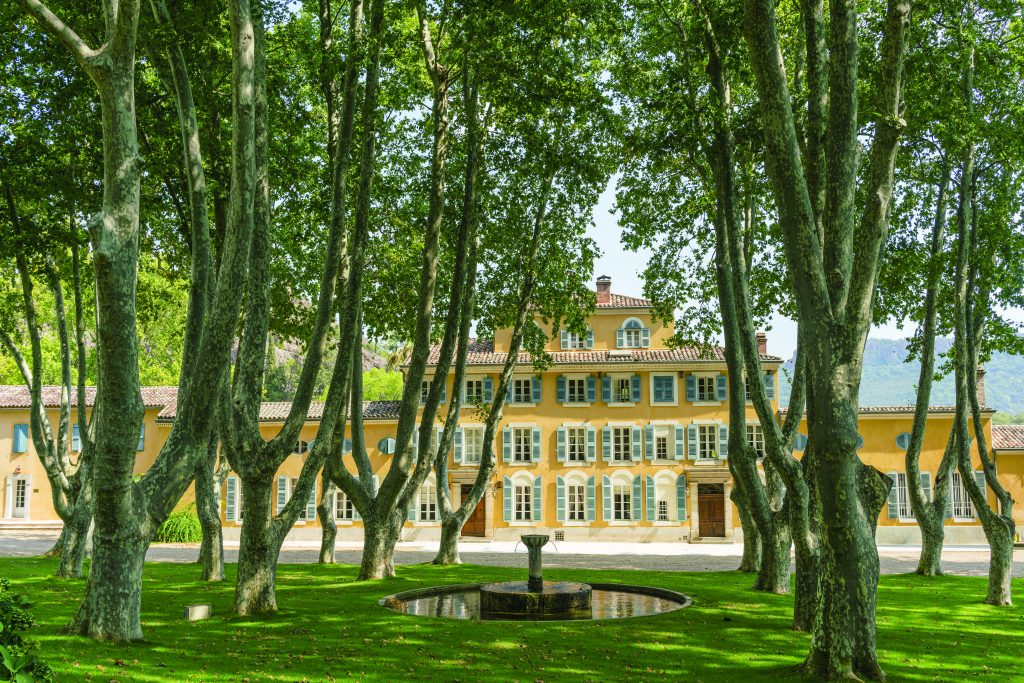 “We’re thrilled to reach this milestone at Château d’Esclans and reflect on our achievements as we prepare to bottle the 10th vintage of Whispering Angel,” said owner Sacha Lichine. “We’re extremely proud of the work of our winemaker Patrick Léon and his team who, together, have propelled our Rosé to become the wine of choice. We look forward to continuing to expand upon our vision to bring Rosé into the luxury category, giving it the respect and prominence it has always deserved.”