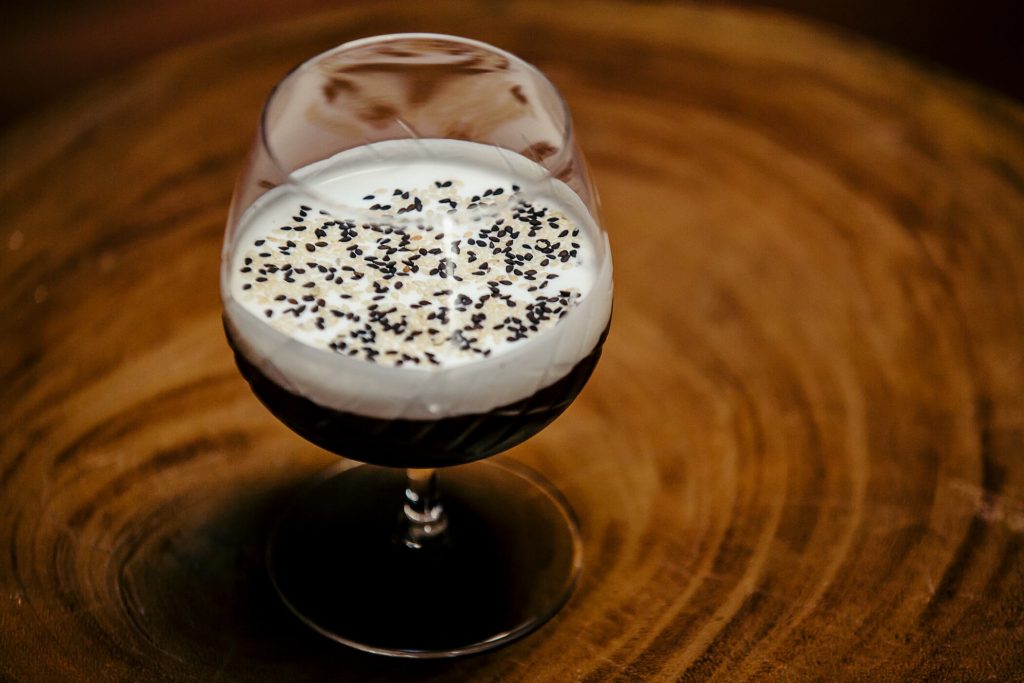 Turn Down for Nut by Kevin Diedrich. Image credit: PCH in San Francisco

Turn Down for Nut

Diedrich pairs black sesame seed paste with rum and cold brew coffee (a trifecta of synergistic components), then garnishes the cocktail with Frangelico cream and toasted sesame seeds. “All the flavors work perfectly together,” he notes. “And Frangelico cream on top adds a cool savory, salty nuttiness to the drink.”

Add the first four ingredients to a cocktail shaker, add ice, and shake until well chilled. Strain into a brandy glass, top with the Frangelico cream, and garnish with sesame seeds.

For the black sesame honey:

For the Frangelico cream: 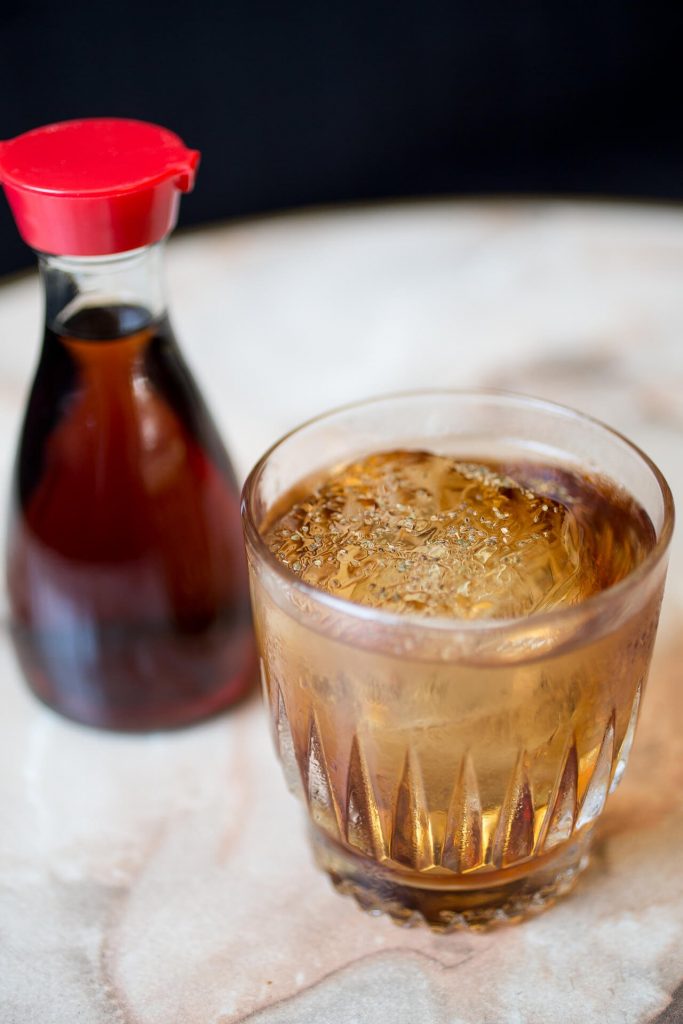 Castro was inspired to create this cocktail after he became smitten with Asian flavors during a trip. As for its vessel, he noticed at a Japanese restaurant that a soy sauce bottle also happens to be the perfect size for a drink. He infuses premium sesame oil with Nikka Japanese Whisky for a few hours in a sous vide machine at low heat, then fat-washes the mixture. “This allows all of the flavors of the sesame to properly season the spirit, while at the same time sharing the sesame flavor in its purest form.”

Add all ingredients to a cocktail glass, add ice, and stir until chilled. Pour the drink into an empty soy sauce container and serve it next to a rocks glass filled with one large cube.

Place a 1-liter bottle of Japanese whisky in a sous vide bag along with 4 oz. of sesame oil. Process at a low temperature for a few hours. (If you don’t have a sous vide machine, skip this step and mix the oil and whisky in a freezable container with a tightly fitting lid.) Let set for several hours, shaking periodically to combine. Freeze the container, skim off the solidified fat, and strain out the rest of the solids. 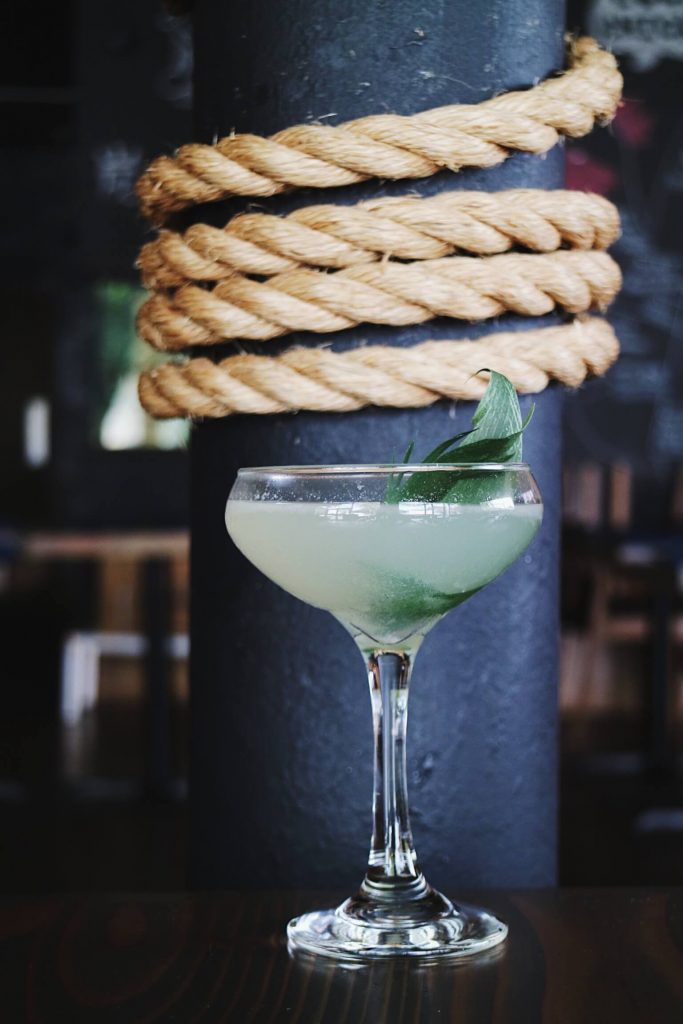 Add all ingredients to a cocktail shaker, add ice, and shake until well chilled. Strain into a chilled coupe glass.

Add 2 oz. sesame oil to a 750ml bottle of vodka (they use 229 Georgia Vodka) in a freezable container with a tightly fitting lid. Let it freeze for approximately 2 hours, or until the sesame oil has completely separated and hardened. Skim off solids, then strain it through cheesecloth.

For the wasabi syrup: 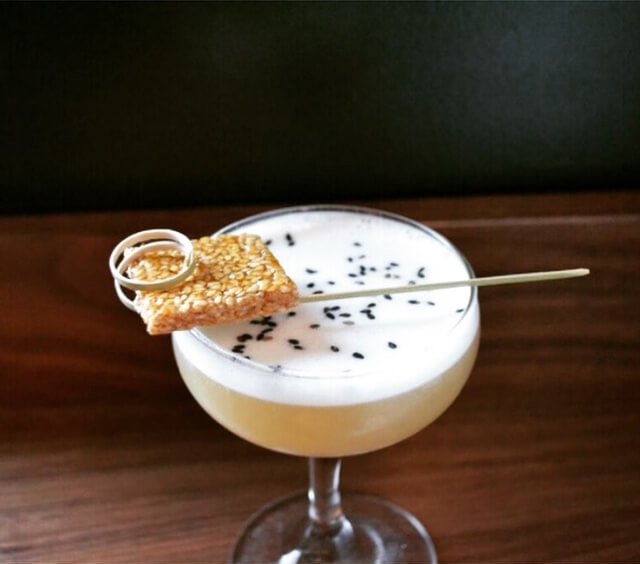 This drink is the liquid equivalent of sesame ginger noodles. “It’s a savory version of a whiskey sour,” says Mlynarczyk. “It’s a love or hate type of drink but those that love it order three in a row and come in specifically for [it.]”

Add the first 7 ingredients to a cocktail shaker and dry shake for 5 seconds. Add sesame oil and 3 ice cubes and shake for an additional 5-10 seconds. Strain immediately into a chilled coupe glass, and garnish with sesame seeds or sesame candy. 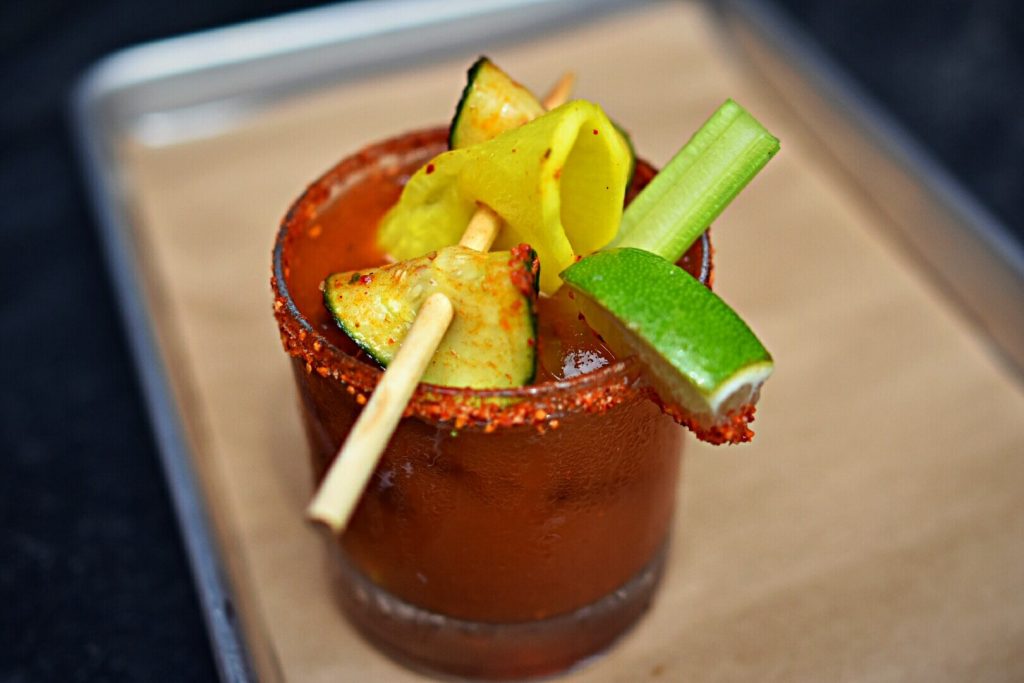 At this new modern Asia restaurant in Washington, DC, the traditional Bloody Mary gets an Eastern upgrade, with typical spices joined with kimchi brine, Szechuan cucumbers and pickled daikon. The drink is rimmed with sesame seeds and CHIKO’s proprietary salt mixture.

Mix all ingredients together in a large pitcher, omitting garnishes and rimmers. To serve, rub the outside of the rim of a rocks glass with a lime wedge, then rim in the sesame seeds and salt mixture. Fill with ice and the Bloody Mary mixture, and garnish with the celery, lime wedges and pickle skewers. 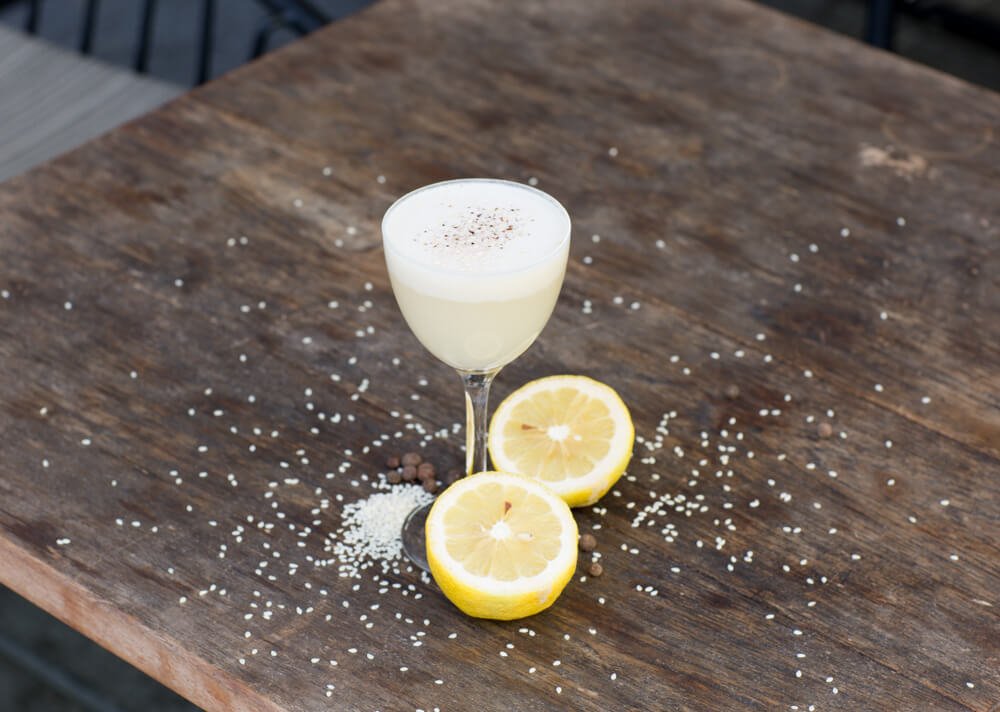 This creation from mixologist Raul Ayala is a contemporary twist on one of his favorite drinks of all time: horchata. “The sesame adds deep notes of richness, nuttiness and layers of savory breezes to the cocktail,” he says. “Sesame works well with Kikori because of its natural oils, aroma and richness.”

Add all the ingredients except for the garnish to a cocktail shaker, add ice, and hard shake until well chilled. Double-strain into a coupe or Nick & Nora glass, and garnish with cracked allspice.

For the sesame, coconut, rice and mango syrup:

Combine 1 cup sesame seeds, 1 cup toasted coconut, 1 ½ cups rice, 3 cups water and 1 teaspoon white miso paste in a blender until liquefied. Strain the mixture into a saucepan, add 2 cups sugar, and bring to a quick boil. Let cool and store in the refrigerator. 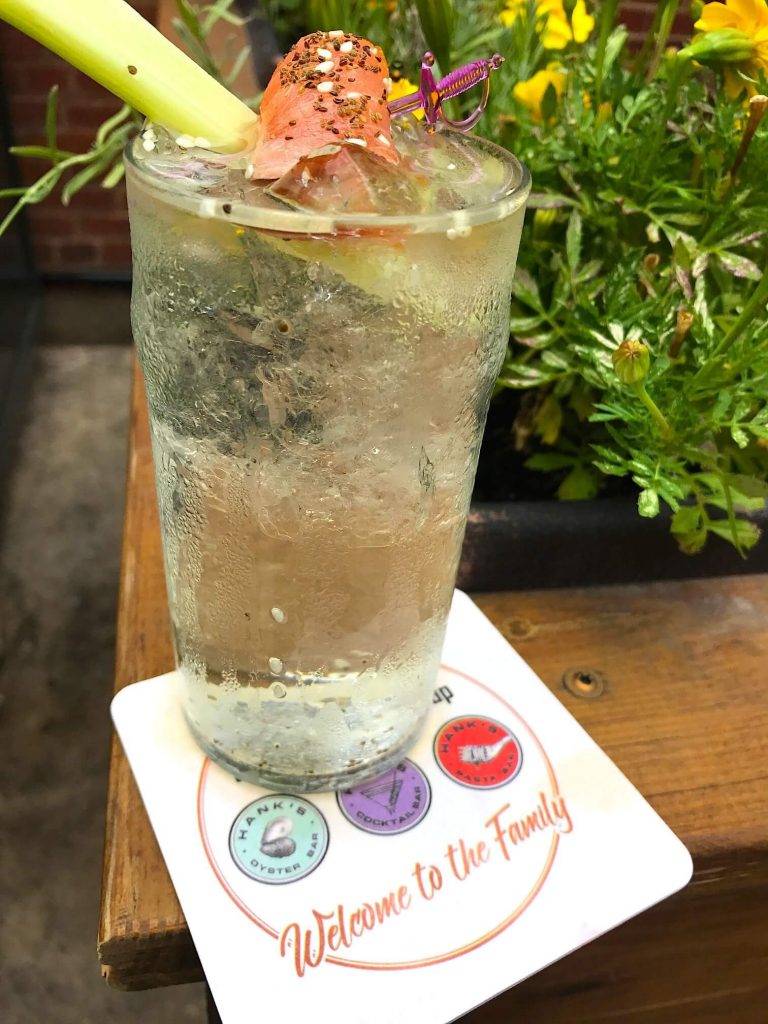 Weinstein’s interpretation of DC’s native cocktail, the Rickey, tells the story of her family, who came from Poland and Russia and opened up a chain of grocery stores whose smells and flavors are captured in this drink. Lox rolled in white sesame seeds is the flavor-packed bite that brings it all together, she muses. “Herbaceous notes are tied up by the combination of celery seed and white sesame, fatty, umami, chalky-vanilla notes seep into the drink as the garnish sits, and the last sip leads to a delightful bite of gin and sesame-soaked salmon,” she explains. “This is a cocktail for people who love refreshing, spiced and savory drinks, and I’m proud of the story that it tells.”

Pour the gin and brine in a beer glass. Top with ice and soda, and garnish with the salmon roll and celery spear.

For the lemon pickle brine:

Kelly Magyarics, DWS, is a wine, spirits and lifestyle writer, and wine educator, in the Washington, D.C. area. She can be reached through her website, www.kellymagyarics.com, or on Twitter and Instagram @kmagyarics.