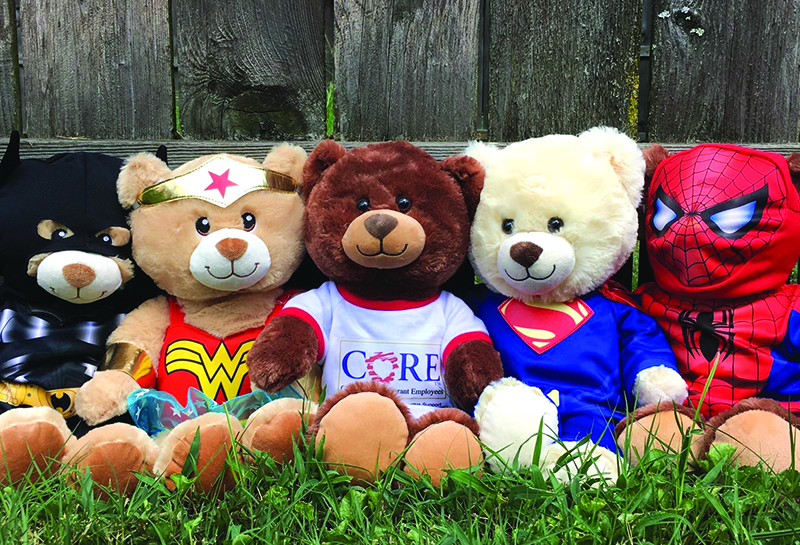 For over a month in early 2017, Corey Bear strapped on his seatbelt, kicked up his paws and travelled around the country with Lush Life Productions as a part of Bar Institute Econo, visiting a whirlwind 25 cities in just 45 days. On top of providing education to hundreds of bartenders and food servers about topics from wage equality to equal opportunity, Bar Institute Econo brought CORE new families and supporters from across the United States.

After every Econo class, there was event with local bartenders who served spirits and raised money for CORE – a total of over $23,000 by the end of the tour. At the Boston stop, one panelist took special interest in CORE. Andrea Pentabona is the mother of Frances “Frankie” Pentabona (age 2), and worked at UNI in Boston, Mass. She and her husband Nicholas had been excited to plan their first family vacation, a trip to Chicago in late spring. Right before the trip, Frankie’s asthma took a turn for the worse, and she ended up hospitalized just days before the family was to leave for Chicago. Both of the family’s cars also broke down, leaving them with no choice but to cancel their vacation, while they sought treatment for Frankie and tried to figure out how to get both of their cars repaired. 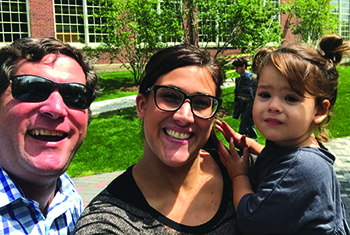 After hearing about CORE in Boston, Andrea reached out to ask for support. CORE was able to pay for one of the family’s vehicles to be repaired, plus a month of rent and $500 in Care.com fees for Frankie’s babysitter. We also worked with IMI Agency and Hilton hotels to get donated flight miles and a hotel stay, so the family’s trip to Chicago could be rescheduled! They headed to the Windy City in late August to enjoy their first real vacation as a family!

CORE (Children of Restaurant Employees) is a nonprofit organization that grants support to children of food and beverage service employees navigating life-altering circumstances. Since 2004, CORE has raised over $2.5 million and granted support to more than 225 families across the industry and the country! CORE has supported food and beverage service employees in more than 30 states, who are navigating a medical diagnosis or death of a parent, spouse, or child; loss of housing due to fire or natural disaster; or other extreme and unexpected situation. By helping these families cover expenses for childcare, hospital bills, rent and utilities, groceries and clothing, and much more, CORE brings support, joy, and a sense of caring to food and beverage families during times of extreme emotional and financial strain.

There are so many ways to be involved with CORE! Become an Ambassador, refer a family for support or host an event and promotion by visiting www.COREgives.org or contact Executive Director Lauren LaViola at Lauren@COREgives.org!